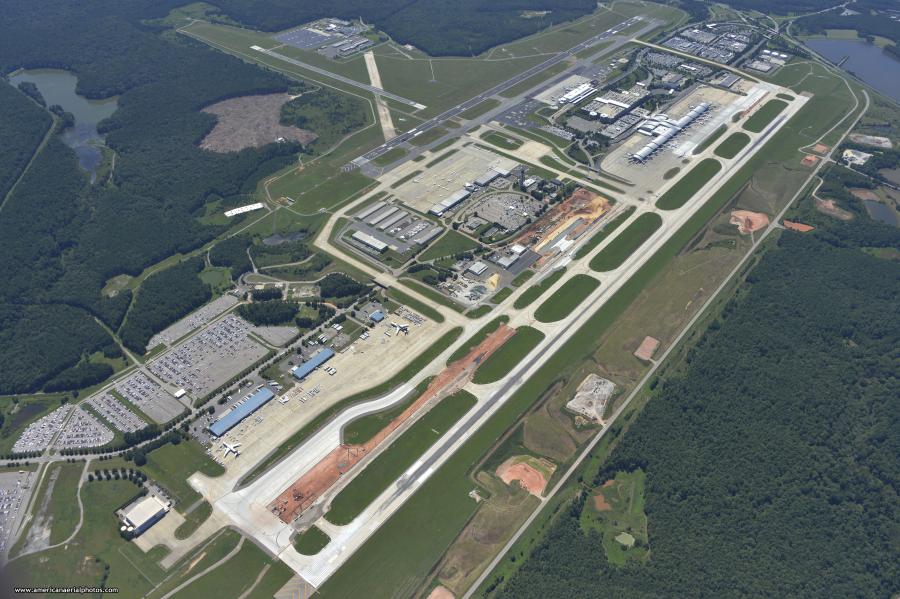 As part of RDU’s 25-year master plan, Vision 2040, the approximately $400 million 5L/23R Replacement Program is the airport’s most significant capital project that will move the runway nearly 500 ft. to the northwest and allow for future expansion of RDU’s flagship Terminal 2 (T2) concourse.

Vital to the future growth and expansion of Raleigh-Durham International Airport (RDU), the project involves building a new primary runway and transforming the existing runway into a taxiway.

As part of RDU's 25-year master plan, Vision 2040, the approximately $400 million 5L/23R Replacement Program is the airport's most significant capital project that will move the runway nearly 500 ft. to the northwest and allow for future expansion of RDU's flagship Terminal 2 (T2) concourse.

"We are honored to continue our 10-year partnership with the Raleigh-Durham Airport Authority through the construction of their new 5L/23R runway replacement project," said Trent Johnson, Balfour Beatty project executive in Raleigh.

"Aviation is a strong market sector for our Southeast operations, and our team members are excited to build on this expertise while staying committed to delivering our client's goals. We look forward to utilizing our company's unique Buildings and Civils operations, and technology and innovation techniques to safely and efficiently deliver a new airfield that will further expand and enhance the traveling experience for RDU's customers."

In addition to working on RDU's runway replacement program, Balfour Beatty is currently delivering the airport's West Remain Over Night (RON) aircraft parking apron and Runway Slab Replacement projects. Balfour Beatty will leverage its work on these projects along with expert advisement from its infrastructure business in Wilmington to plan complex earth moving operations through the execution of conveyor systems.

The company's Buildings business also will leverage its extensive expertise with CMAR and state construction operations, and its strong relationships with the local subcontractor market in the Raleigh-Durham community.

The approximate five-year construction of RDU's new primary runway will begin once the airport completes the Environmental Assessment process, which is currently in progress with the Federal Aviation Administration (FAA). The project will employ more than 20 Balfour Beatty team members and over 1,000 subcontractor employees over the course of the replacement program. Additionally, RDU has set small and minority business goals to ensure local businesses have the opportunity to bid on the construction of the new runway.