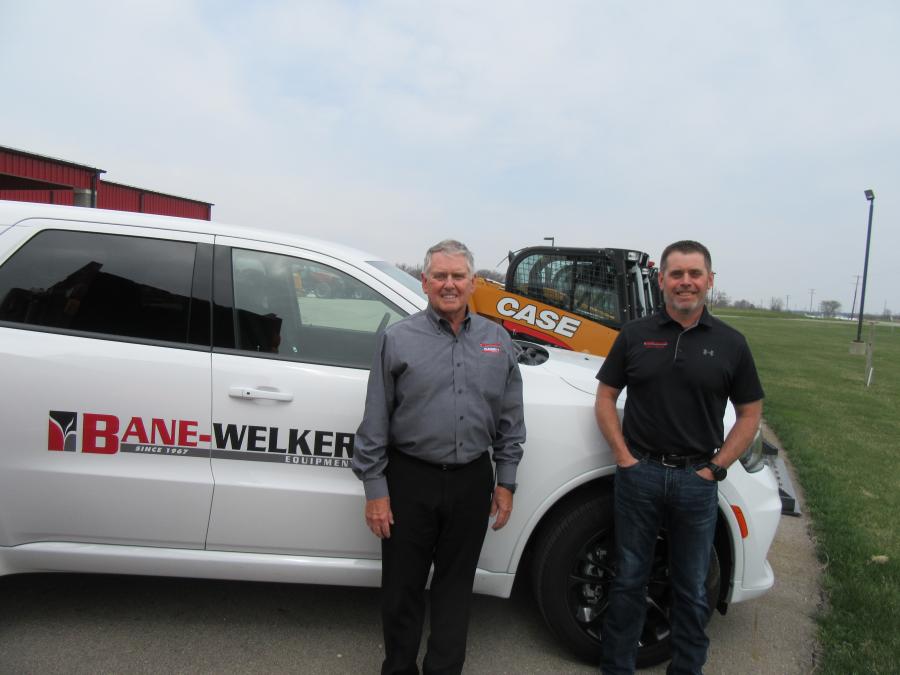 The dealership is making every effort to meet the equipment needs and ensure continuity of service for its customer base in these locations.

"We are working hard to make sure this is a seamless transition for our customers," said Phil Bane, former president and current CEO, in a press release. "Our team is working hard, so we would just ask for patience as we move through the process. We promise the change will be well worth it."

BWE will support the previous dealership's imbedded equipment base with full sales, service and parts availability. As part of that commitment, as well as offering sales and service for its Case IH line, Bane-Welker will offer Kioti Tractor at its Utica and Plain City locations; the Kubota line at its Circleville location; and Gravely and Grasshopper at all three of the new locations.

As an authorized Ashland Scraper dealer — based at its Pendleton, Ind., location — Bane-Welker sees strong opportunities for the line in Ohio, according to Jason Bane, president of BWE.

Bane-Welker has retained the employees from the previous dealership at these locations so, while customers will see a name change at the dealership, they'll continue to deal with the same people they've worked with and developed relationships with over the years.

"Our dealership takes a vested interest in the communities we serve. Bane-Welker became an employee-owned business in 2018, so our employees at these new locations will bring ownership to the local level which will in turn benefit the entire community," said Jason.

Sara Howard is one of those employee-owners. To her, working for a company who strongly believes in its employees is important.

"It's rewarding to be acknowledged for the hard work I put in and it's encouraging for the customer to know we're here — in it for the long haul, with them. BWE really is like a family and it's a great place to work," said Howard in a press release.

"With our existing locations in Georgetown, Wilmington and Eaton, Ohio, we've gained a great deal of insight into the needs of our customers in Ohio and in a lot of ways, there are a lot of similarities in the Wilmington and Circleville markets," Jason said. "Utica is a little more diverse and we're looking forward to the new opportunities that this will offer."

A significant benefit for customers of Bane-Welker's new Ohio locations is the resources and support of a dealership with 15 locations. The dealership can pull parts from all of its locations and route from its Lebanon, Ind., parts hub to dispatch where needed and in most cases, can provide same-day service. The dealership plans to add a truck to its fleet for deliveries to its Ohio locations.

"Our goal has always been growth and innovation," said Phil in a press release. "We have always strived to be the best so we can help our customers achieve their goals. The world of agriculture is changing every day. We want to be right there, in the thick of it so we can assist our customers in every way possible."

BWE prides itself on being progressive. The company was founded in 1967 by Kenneth and Patricia Bane as an agriculture equipment company representing Case IH and other brands. From the beginning, BWE has been committed to hiring and training the best people, which has contributed to its growth into a well-respected company.