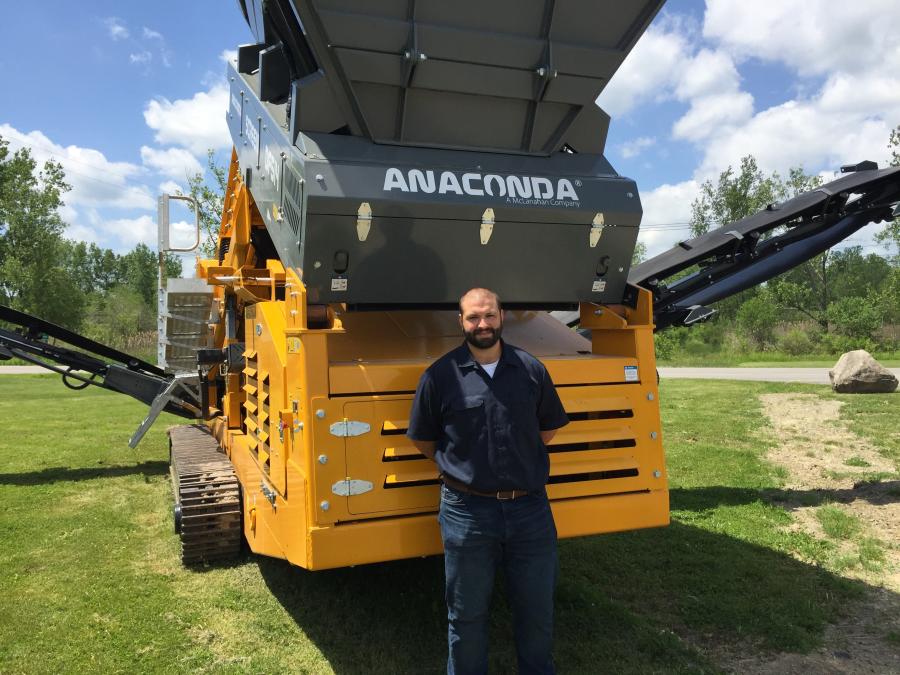 Art Garvey has joined the Baschmann Services sales staff. He will be representing both aggregate and earthmoving product lines, which include Kobelco, Hitachi, ASV, Anaconda, Carlton, KPI-JCI and others in the Southern Tier and central New York State.

Garvey has a long history with the Baschmann family. Growing up, his family had close ties to Pete and Cindy Baschmann and he spent many summers working at Baschmann Services doing odd jobs.

"[Baschmann Services President] Pete Baschmann has approached me several different times in the past about joining his team in a sales position and he finally caught me at the right time in my life to make a change," Garvey said. "I am really looking forward to taking some of the skills that I have developed over the years and the values that football has given me and applying them to Pete and Cindy Baschmann's business."

A 2012 Division III third team All-American, Garvey played left guard for Hobart College, serving as a team captain as a senior. He helped the Statesmen lead the Liberty League in total offense (414.3), clearing the way for the nation's No. 26 rushing offense (237.2 yards per game) while ranking 10th in the nation in sacks allowed (0.62/g).

In 2018, Garvey returned to Hobart to serve as the wide receivers coach. Prior to that, he spent three seasons at Endicott College, coaching the offensive line and coordinating the run game.

"I have often thought that the most time-consuming part of the college football job is recruiting, which in reality, is sales," he said. "I've known the Baschmann's for a very long time and from what little bit I worked for them in the past I have a great deal of respect for what they do and the high value that they put on the customer relationship."

Pete Baschmann expressed a great deal of enthusiasm on having Art Garvey join his team.

"It's not very often you have the opportunity to hire someone that you actually watched grow up and had the opportunity to employ on a part-time basis on several different occasions," Baschmann said. "I know exactly the kind of man Art Garvey is and I could not possibly be more pleased to have him join our team."