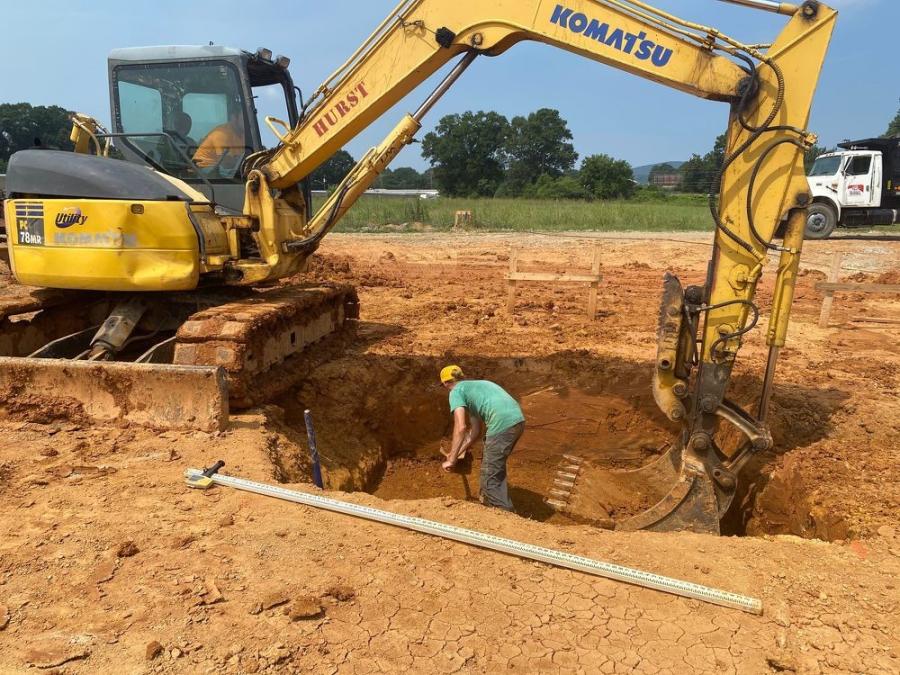 The City of Oxford, Ala., is preparing for a new entertainment center that will attract visitors to the area and create jobs. According to promoters, it also will be the only one of its kind in the area.

"We are thrilled to have Big Time Entertainment coming to our city," said Oxford Mayor Alton Craft. "It's something we are very excited about and proud of."

Work on the approximately 58,000-sq. ft. project began in June 2020. Big Time Entertainment will consist of two buildings on a five-acre site off Elm Street and will house activities that include bowling, laser tag, mini golf, a go-cart track and other venues, along with a restaurant. 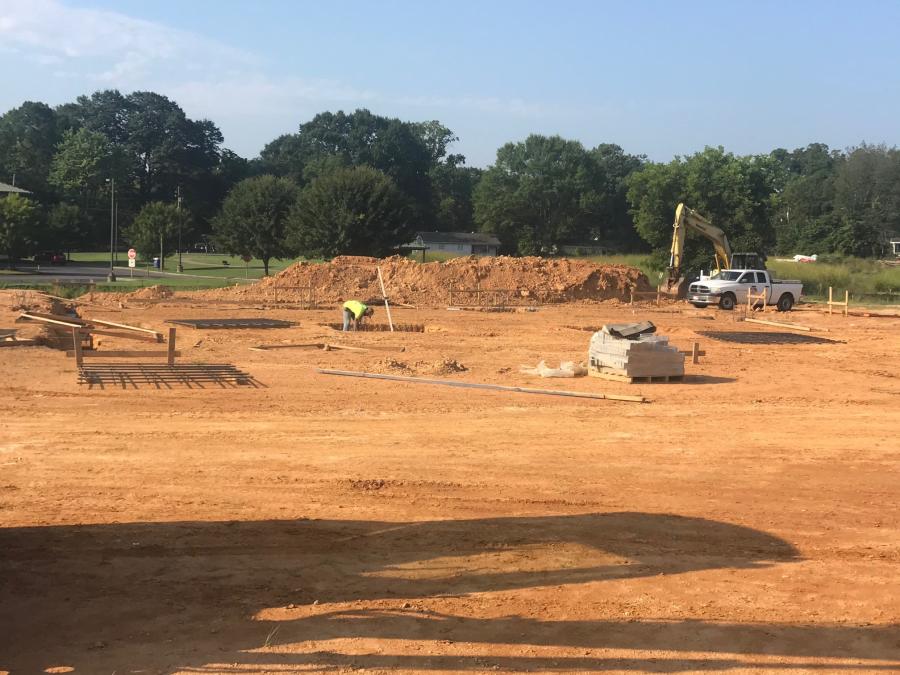 Big Time Entertainment officials will reportedly hire close to three dozen full- and part-time employees, as well as a full-time management team. Oxford residents, businesses and guests will be able to take advantage of the new facility, which will serve a diverse group of people.

"It will add to our tourism tremendously," said Craft. "We are known for our outdoor parks, so adding another indoor space is great for our everyday citizen and tourist. It's great to see construction under way."

Craft, who's most looking forward to the electric race cars and mini golf, said the Oxford community is extremely enthusiastic about the project.

"The Oxford community is very excited. It's something they have been asking for, so we are honored Big Time Entertainment chose us."

Although the project is financed through a city bond issue, it will be paid for 100 percent by Big Time Entertainment.

The general contractor overseeing construction is Hurst Construction LLC, which was founded by Todd Hurst in 2007 on the philosophy of delivering quality performance, safety and integrity.

"We are located in Oxford, Alabama, but work in Alabama, Georgia, Mississippi and Tennessee," said Hurst. "We specialize in commercial, industrial and residential construction."

Hurst noted that some early work was completed before his crews mobilized, with the site consisting of dirt already at building level.

"We did not perform the initial dirt removal on this project, only the removal of dirt from footings," he said. "We have completed footing and building slab on the go-cart building, and steel is now being erected. We are currently getting the main buildings footings ready and will be pouring the slab soon."

The two buildings are PEMB (Pre-Engineered Metal Buildings). Once the building is dried in, workers will start finishes.

"The manufacturers and the providers will be handling the actual construction of the track and bowling alley," said Hurst. "We will be integrating with people who specialize in these types of things."

Hurst also explained that the elements are a concern for crews.

"Weather is always a factor, especially in the early stages of a project. Once the building is dried in, we don't have to worry about weather as much as we do in the beginning."

Excavation equipment is being used on the project, along with scissor lifts, cranes and other heavy machinery.

"The main building material for this project will be the steel," said Hurst. "There are a lot of members that go along with erecting metal buildings. Excavation of the footings was handled by Hurst, and we have had no unexpected surprises regarding soils."

Hurst pointed out that water, sewer, electrical and fire protection also must be addressed as part of project construction, along with numerous other issues. 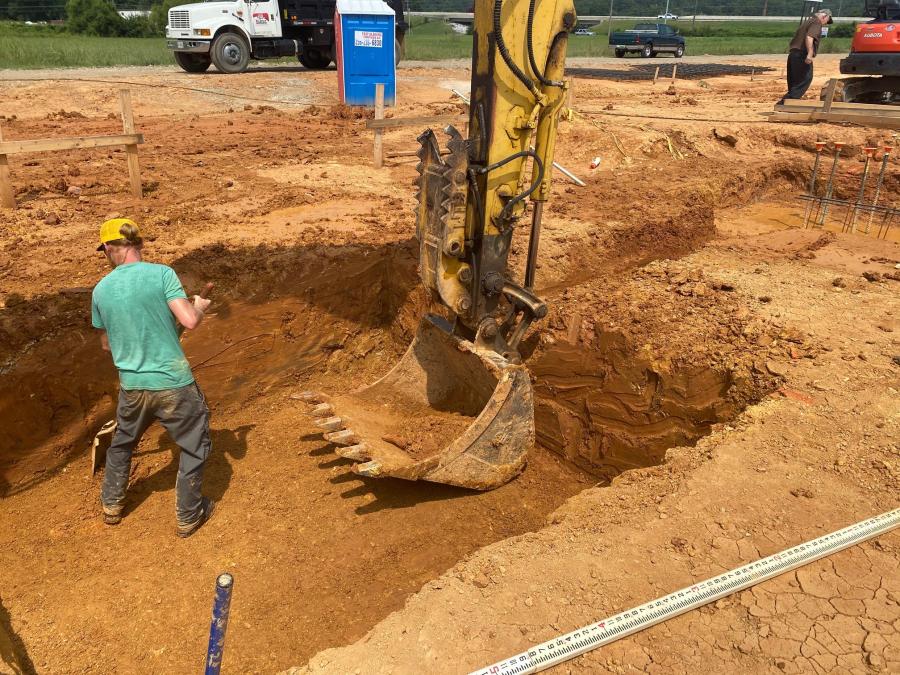 "We are in early construction on this project, so we have a lot of remaining tasks. Milestones for this project will include drying in of the buildings and go-cart track installation and coordination. The process of getting the building pad ready takes a lot of time. Footing excavation, reinforcement and pouring the footings take weeks. Once it is perfect, we then get the slabs ready. Once that is done, we can begin building construction."

Crews have completed the footings and the concrete slab on the go-cart building.

"We have also started the steel building erection on the go-cart. In addition, we have started the footings for the main building with the bowling alley. The biggest challenge will be coordinating and working with the go-cart, the bowling alley, and other equipment manufacturers, and the installation of their equipment to fit everyone's schedule."

The city will make use of funds from the Appalachian Regional Commission to provide water, sewer services and road development to pave the way for several businesses to locate near the intersection of Interstate 20 and Alabama Highway 21. Ivey earlier awarded a $150,000 Community Development Block Grant for the project.

The new businesses, Big Time Entertainment, Mangos Cantina and Grill and Planet Fitness, will mean 71 new jobs for the area and provide infrastructure improvements that will help the city attract additional businesses.

"This area of Interstate 20, ideally located between Birmingham and Atlanta, is heavily travelled and ripe for development," Ivey stated in a news release. "I am pleased to announce this grant that will help provide jobs and produce revenue for the city of Oxford."

Mangos Cantina and Grill will locate in the former Outback Steakhouse building on Tower Road, while Planet Fitness will locate across Elm Street from Big Town Entertainment.

The Alabama Department of Economic and Community Affairs administers both the ARC and CDBG programs in Alabama.

"The Appalachian Regional Commission and Community Development Block Grant programs often work hand in hand to enable Alabama communities to take full advantage of economic opportunities," ADECA Director Kenneth Boswell said. "I am delighted that ADECA can play a role in projects that improve lives in our state."

Construction of Big Time Entertainment should be completed by February 2021. CEG