BKL's Grove GMK6400 With MegaWingLift Assists in Construction of a Heat Storage System on the Ingelheimer Aue in Mainz, Germany


A Grove GMK6400 crane from BKL's crane fleet played a key role in the construction of the new heat storage system on Ingelheimer Aue between Wiesbaden and Mainz in Germany. The specialists at the Frankfurt location of BKL Baukran Logistik GmbH planned the operation and completed the last lifting job with the powerful Grove AT crane.

The GMK6400 — with a lifting capacity of 441 ton (400 t) and added MegaWingLift for additional power showed its full potential during this challenging lift, without taking up as much of a footprint as a large crane.

"During this operation, the crane had to lift a heavy load in a relatively confined space. The powerful 6-axle GMK6400 crane is an ideal crane for this type of lift," said BKL. "With the additional self-rigging MegaWingLift strength, our GMK6400 from the Frankfurt BKL fleet can handle enormous loads, which has proven to be a great advantage in placing the cover on the heat storage container."

The cover was placed on the heat storage for district heating in just one morning. The 38.5-ton cover hovered in the air and was placed in the exact predetermined position within a very short time, due to the skill of the experienced BKL crane operator.

"The GMK6400 arrived well at the site of Kraftwerke Mainz-Wiesbaden AG on the industrial peninsula and could be quickly assembled and disassembled — due to the self-rigging MegaWingLift hoist."

The GMK6400 was used in this project for jobs that are often planned for 7- or 8-axle cranes. This saves time and money — due to the minimal logistical effort, less effort in obtaining driving permits, and the quick and easy set-up.

Strongest 6-Axle Crane on the Market 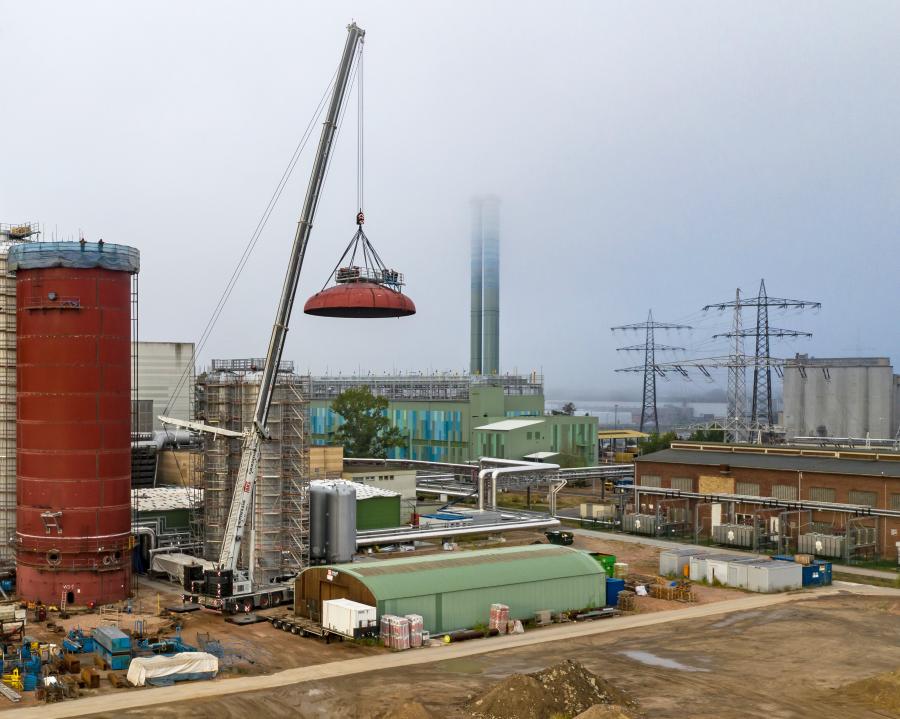 The GMK6400 offers a variety of unique features. Particularly noteworthy is the self-rigging MegaWingLift, which increases the crane's lifting capacity on the 197 ft. (60 m) main boom by up to 70 percent and by up to 400 percent when using a luffing jib. The GMK6400 also was the first large crane model to feature a single-engine concept.

The MegaDrive hydrostatic drive allows the crane to transports loads with the utmost precision even when it is set up. The weight savings associated with the MegaDrive contribute to the outstanding load capacities and ensure that the maximum load of 13 ton (12 t) per axle is not exceeded.

In order to ensure the supply of environmentally friendly district heating, in the medium and long term to the citizens of Mainz, Germany, a combined heat and power plant will be built on the site of Kraftwerke Mainz-Wiesbaden AG(KMW AG) that will produce heat and electricity from natural gas as soon as it is put into operation. The new heat storage system should also help make optimal use of the generated heat waste.

The water tanks, which serve as heat stores, can store the hot water generated during electricity production for several days and, if necessary, deliver it to the district heating network. The construction company hired BKL to erect the heat storage tanks. 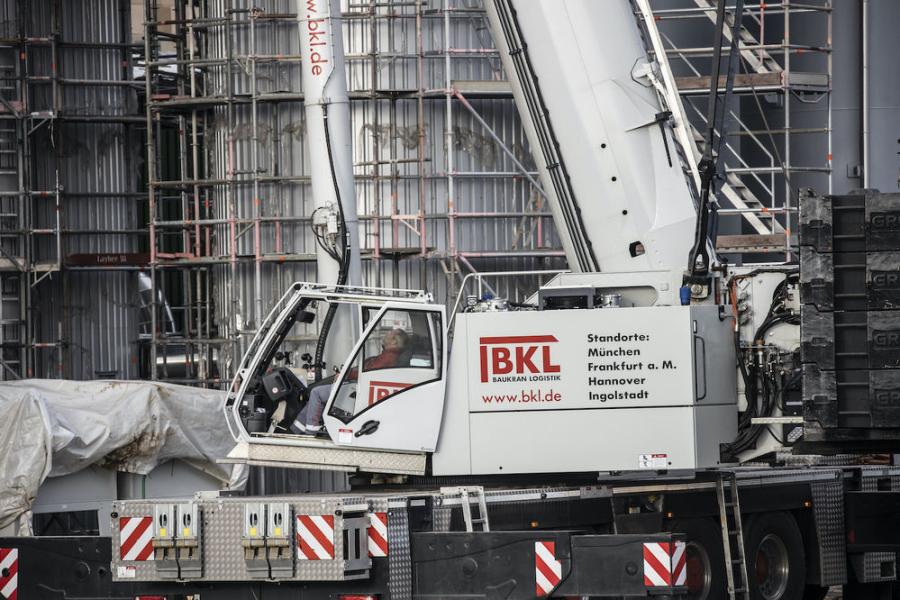