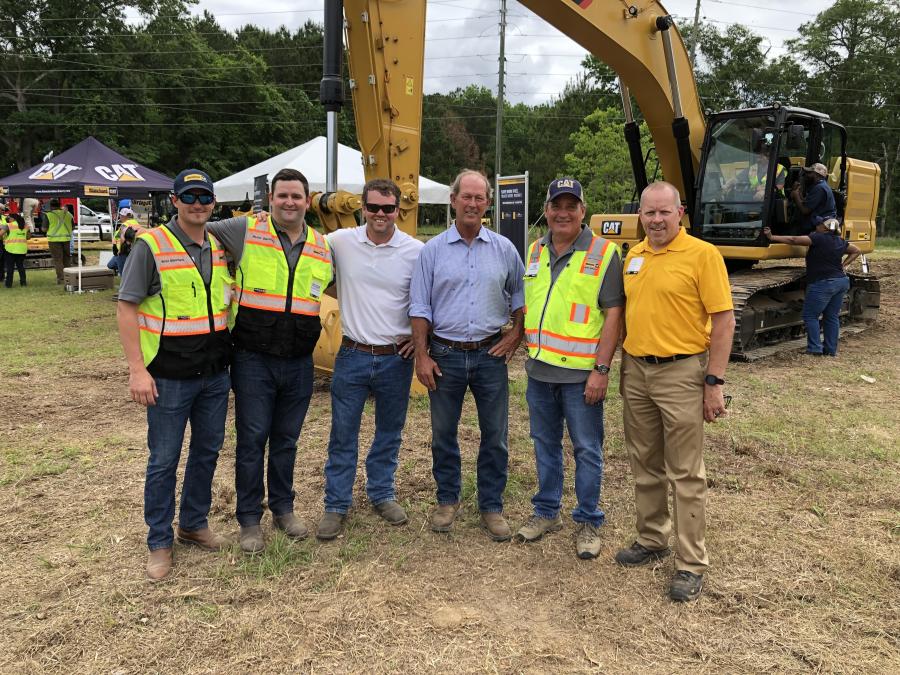 Shown from the left are Boyd and Rozier Blanchard, Clark and Trey Banks (Banks Construction in Charleston), Joe Blanchard and Cat's Troy Arrington.

On April 26 and May 7, Blanchard Machinery Company hosted two exclusive showcases of the latest in product innovation from Caterpillar that were each attended by more than 100 contractors working jobs throughout South Carolina. The first event was held in Inman, S.C., for folks that largely service the Greenville area, while the next was in Summerville, S.C. for those residing in the greater Charleston region. An earlier event took place in Columbia, South Carolina's capital city, as well.

Demonstrations of the Next Generation of Cat equipment were offered by Blanchard Machinery officials during both displays. The machines featured in Blanchard's showcases in Inman and Summerville included the Cat D6 dozer; Cat 330 30-ton and integrated 3D Cat 336 36-ton excavators; the Cat 120 motorgrader; the Cat 308 CR mini-excavator with new stick steer and the Cat 299 compact loader with Trimble Earthworks Go!

The Next Generation of Cat excavators are built to increase operating efficiency, lower fuel and maintenance costs and improve operator comfort with unique combinations of purpose-built features designed to achieve productivity and cost targets. The power and speed of the Cat 330 provides the efficiency needed to handle all heavy-duty projects that require maximum productivity. The standard equipment provided as part of the Cat 336 excavator boost operator efficiency by 45 percent while lowering maintenance costs up to 15 percent.

The new Next Generation Cat D6 LGP dozer moves material at a lower cost with a fully automatic transmission, outstanding fuel efficiency and reduced service and maintenance costs. A choice of Cat Connect Grade technology features adds to ease of operation. Users may choose from updated configurations and enjoy a fully redesigned cab.

With the new Next Generation Cat 120 motor grader, options from cab to controls are in the user's hands, along with better fuel economy and maintenance costs to lower overall operating expenses. With a choice of levers and a steering wheel or joysticks, this model gives customers options to fit their needs.

The Cat 299 compact loader featuring Trimble Earthworks Go! is designed for fine grading and leveling of large commercial properties, housing pads, roadways, and parking lots. It can operate both manually and automatically with the use of laser or GPS grading systems.

Blanchard Machinery will hold a spring sale and auction on May 30 at its used parts facility in West Columbia. 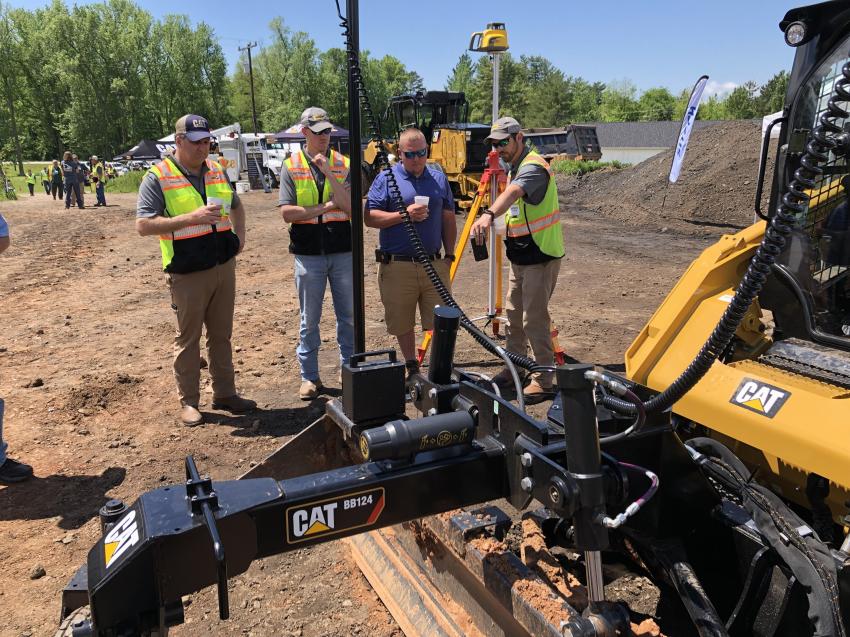 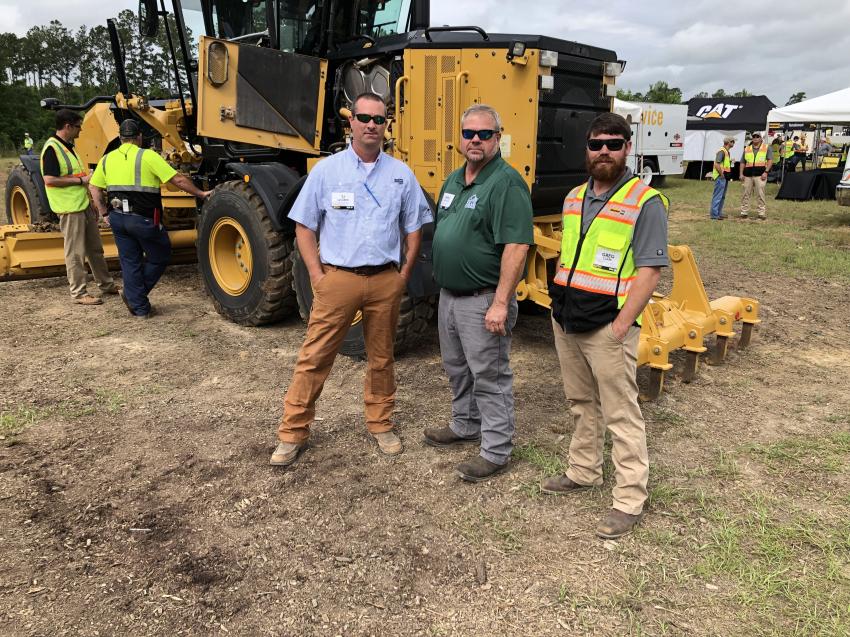 T.J. Savarese and Greg Johnson (both of Cleland Site Prep in Hilton Head, S.C.) talk with Greg Clark of Blanchard Machinery about the tight turning radius of the new Cat 120 all-wheel drive motograder. 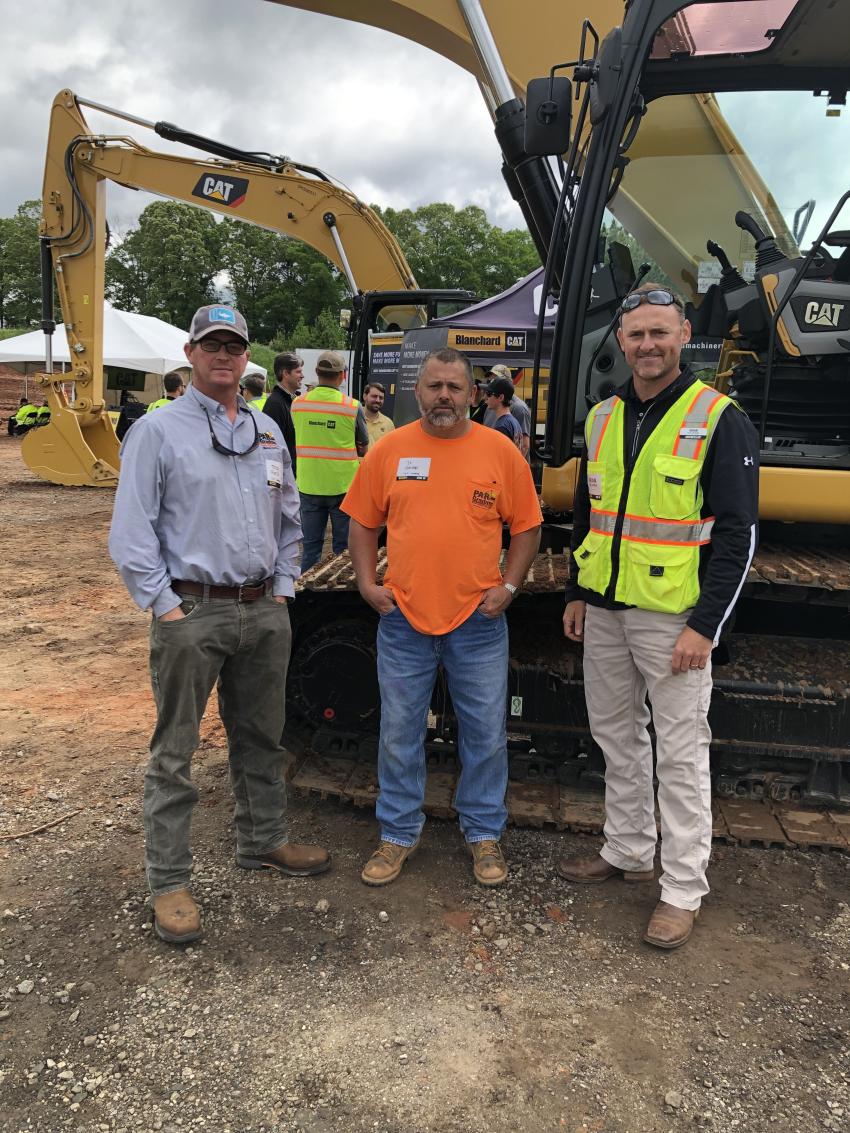 Going over the next generation Cat 330 excavators are Trey Pierce and J.R. Garren (both of PAR Grading & Hauling in Spartanburg, S.C.) and Brian Stellbrink of Caterpillar. 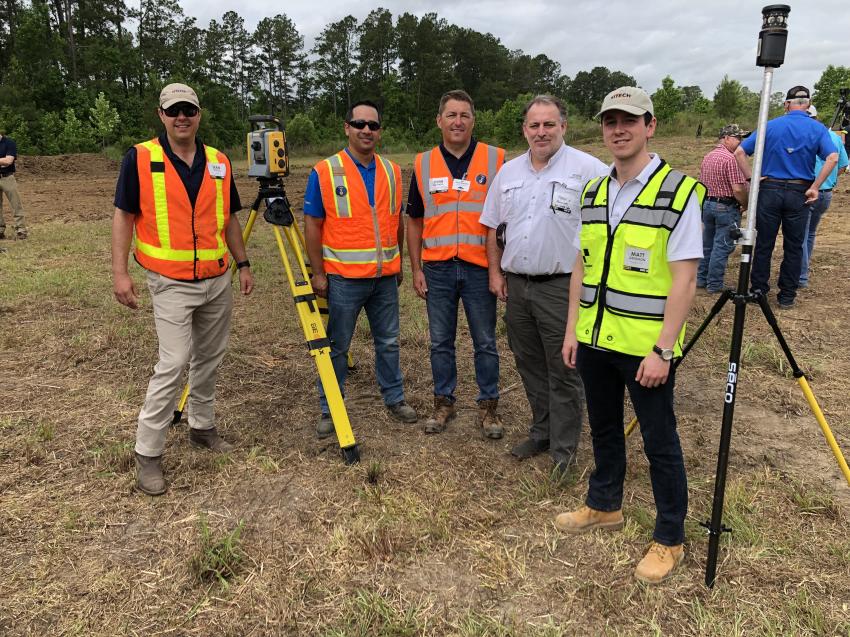 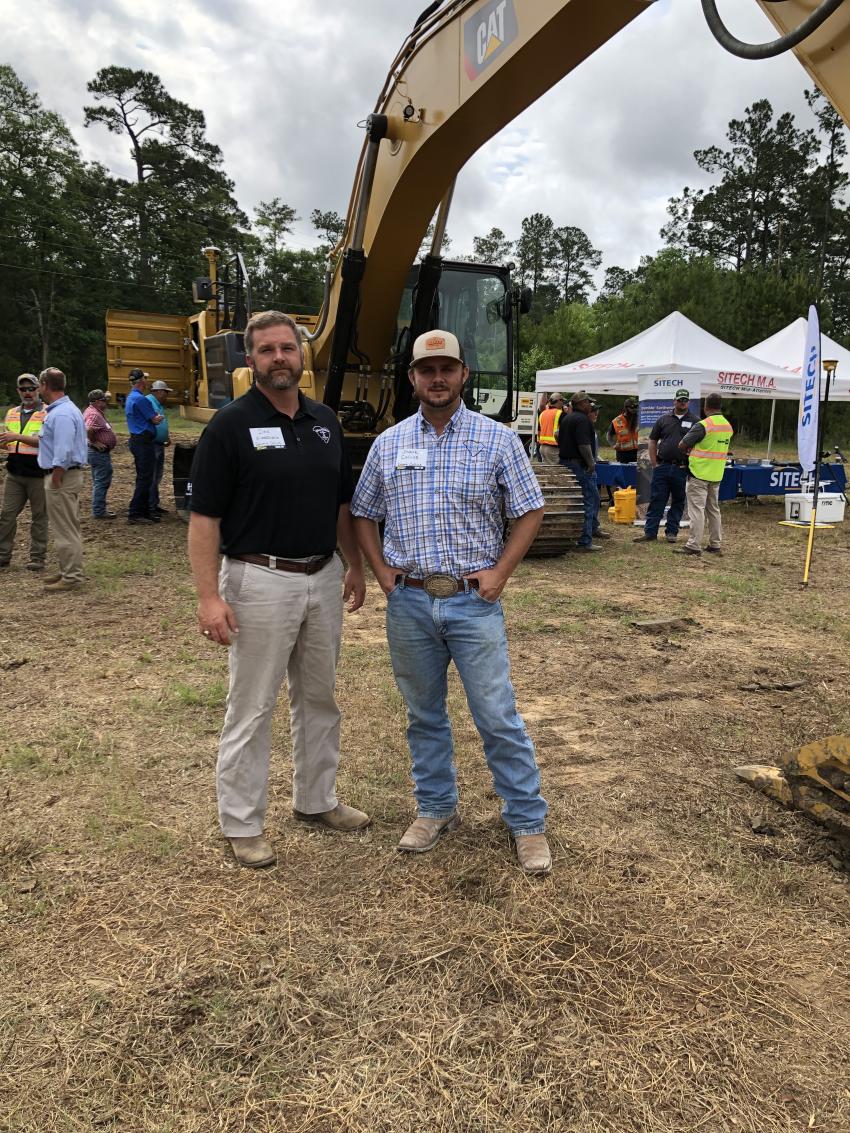 Dee Alessandro and Shank Collins of Robert Collins Company in Barnwell, S.C. They currently run 12 Cat 336 excavators and four of them are the new Next Generation models. 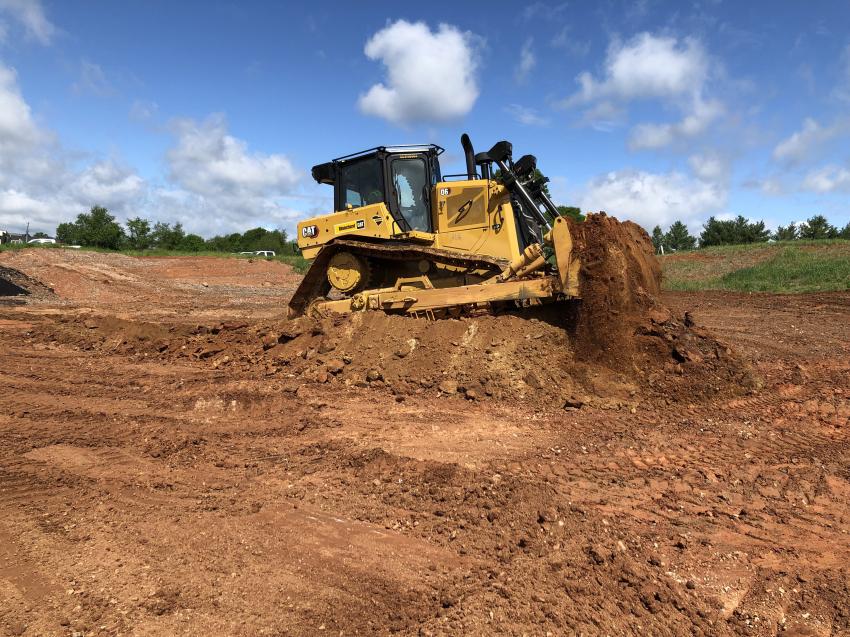 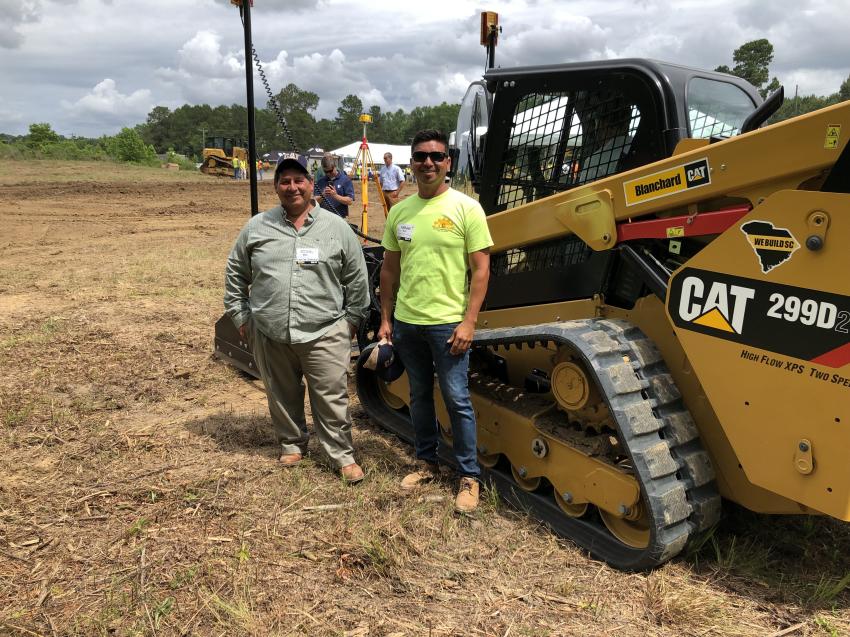 Checking out the Cat 299D are Miguel and Nerari Real of Casarez Construction in Myrtle Beach, S.C. 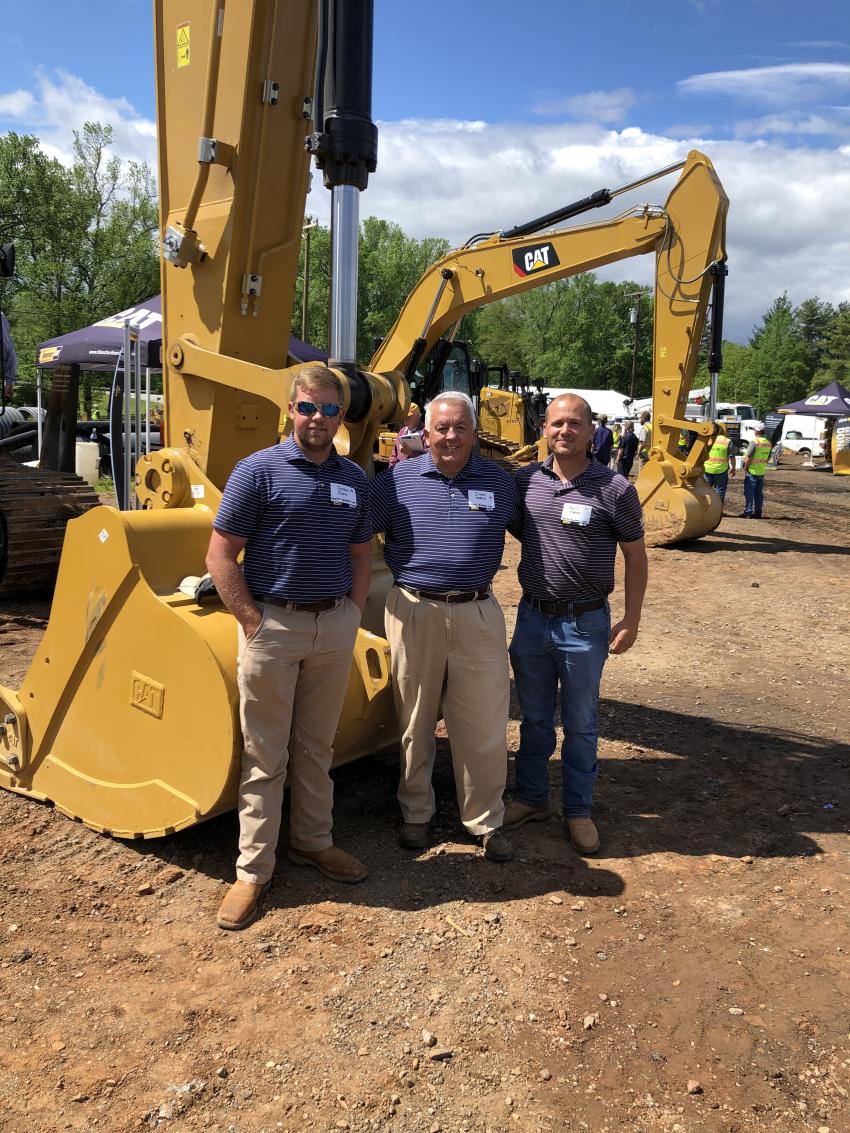 From the left are Jordan John and Jimmy and Neil Martin – all of Martin Brothers Construction Company in Gray Court, S.C. 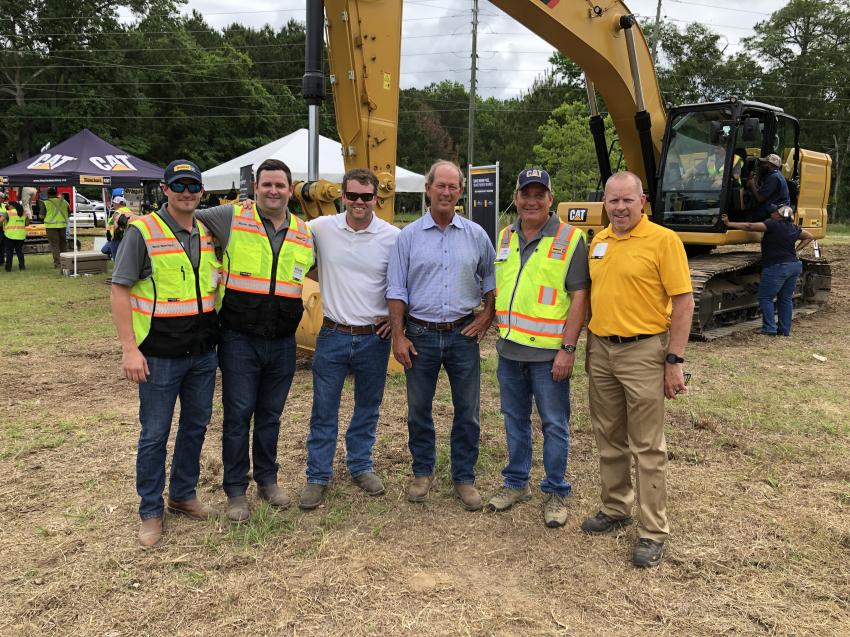 Shown from the left are Boyd and Rozier Blanchard, Clark and Trey Banks (Banks Construction in Charleston), Joe Blanchard and Cat’s Troy Arrington. 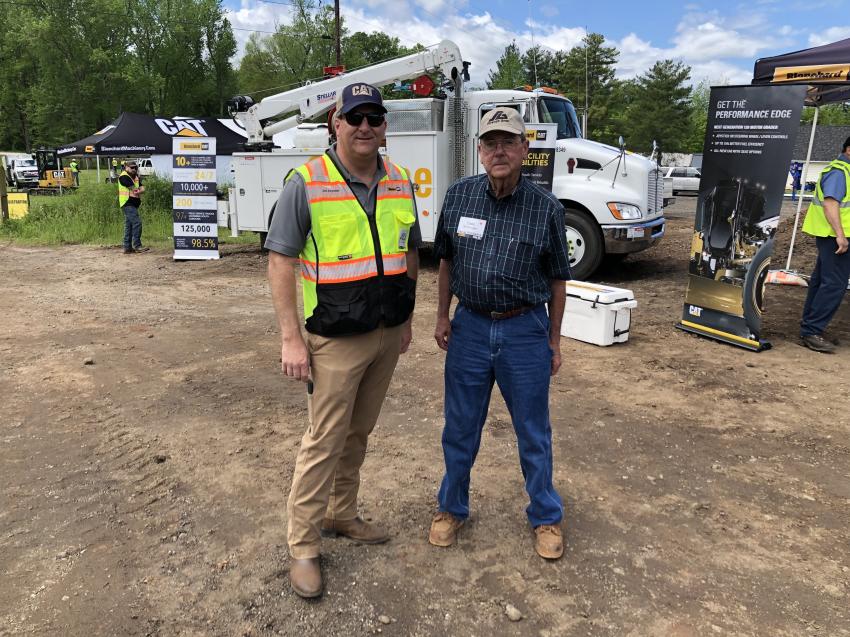