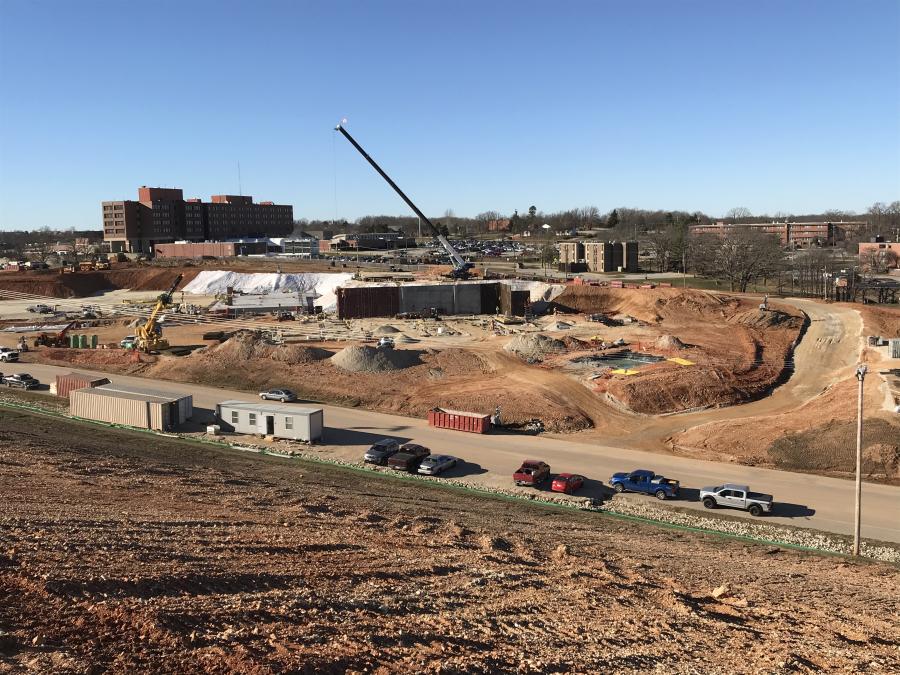 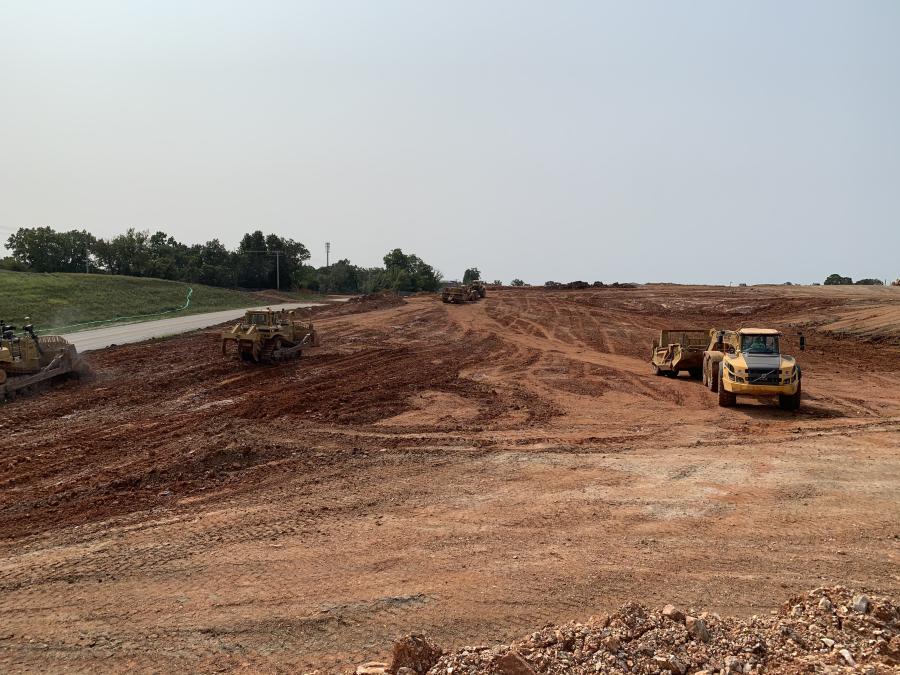 The project at the U.S. Army Base near St. Robert, Mo., and funded by Department of Defense military construction funds, was awarded to JE Dunn in August 2019. As the construction agent for Defense Health Agency, the USACE's Kansas City district is responsible for the design, construction and delivery of the hospital.

The 52-acre site for the General Leonard Wood Army Community Hospital (GLWACH), located within the installation's main post. It is northeast of the existing 450,000-sq.-ft. hospital built in 1965, which will be demolished, with renovation of the existing optical fabrication lab and improvements to the parking facilities, after the new hospital is delivered.

Paul Neidlein, JE Dunn's Midwest region president, said that the project will create around 4,000 construction jobs over the next four years.

Since June, efforts have concentrated on relocation and enhancement of site utility infrastructure, being done by LaClede Electrical Cooperative and Omega Pipeline LLC, and earth work and water/sanitary/storm sewer installation by Bloomsdale Excavating Co. (BLEX), whose efforts do not require the demolition of existing buildings and only a few utilities to be relocated.

"Work on a military base has to be precise, consistent and properly communicated to all parties involved," said Brandon Zehr, Bloomsdale's project manager. "Our earthwork and site utilities involve crossing public streets in which advanced notification and communication must be followed. As with most utility projects, we're navigating our way around existing utilities using as-builts provided by utility companies and engineering firms.

"Our project got kicked off in mid-June 2020 with installing a 66-inch storm sewer and 12-inch sanitary sewer — 15 feet deep — open cut through a public street over the course of 2.5 days by 24-hour shifts," he added. "Utility lines were installed and road was opened to traffic as scheduled. There are no soil or water issues at this time. Relict rock beds are present, and as planned, we are just now starting to get into this. Relict rock beds are generally leftover rock, while the remaining portions of rock layer has already weathered to the soils. These beds are irregular and vary greatly in depth and thickness." 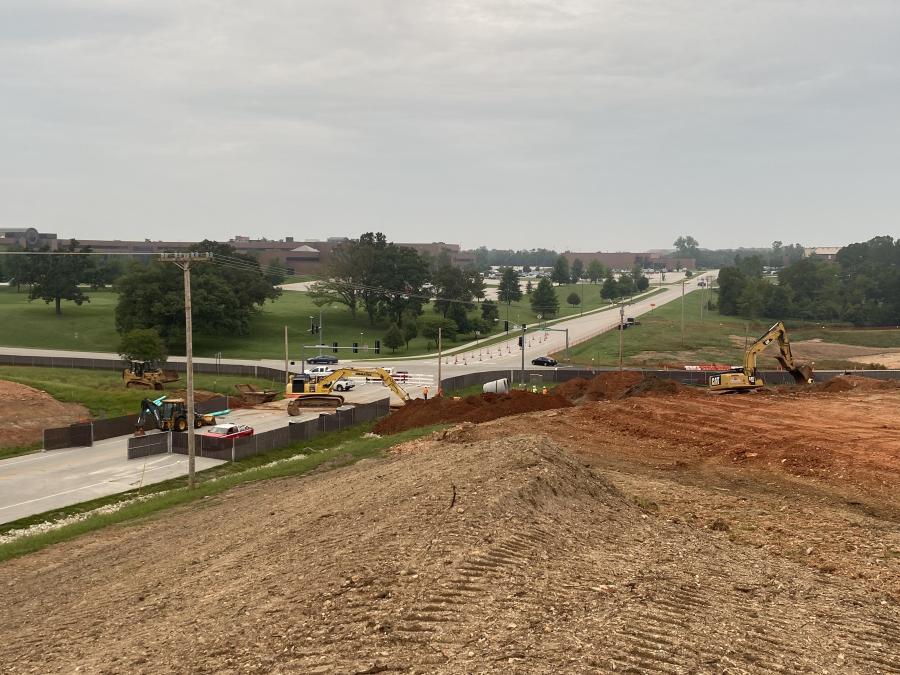 "The majority of our earthwork is being moved with Volvo A40 trucks with K-Tec scrapers," said Zehr. "It took approximately two weeks to get the equipment mobilized and field offices set up."

Site clearing took place prior to the March 31 to Nov. 1 Indiana bat season, which precluded operations due to the migration and protection of the habitat. Installation of the pipes started in mid-June. The majority of the excavation is being stockpiled on-site and near the site for future use by USACE.

"This is stakeless project and our curb machine — a GOMACO GT3300 paver — also runs on GPS, and you can put a sidewalk mold on it," said Zehr. "We came back in mid-June to fully mobilize our equipment and materials, and that's when we started the road crossing pipe work — the 66-inch and 12-inch sanitary pipe — that was our first order of business.

"On a good day we can excavate between 6,000 and 7,000 cubic yards," he added. "We're probably hauling a quarter mile to a waste site, where the material is being stockpiled. Once the waste area is full and we get closer to the south waste site, it will only be about 1,000-foot haul and we plan to excavate anywhere from 7,000 to 7,500 cubic yards a day."

Soil-wise, the site contains a mix of lean/back clay and very rocky dirt, and as noted, relic rockbeds, a kind of sandstone sporadically encountered within the site.

"You can hit a portion of sandstone that's 40,000 square feet and four feet deep and areas that are 100 square feet and eight foot in depth," said Zehr. "We're just starting into the rock now and we're learning as we proceed. We expect to encounter large amounts of rock in the coming weeks. This can be rough on the equipment — some of it can be ripped, but it does affect our production. Once you get to more solid sandstone where it requires more passes or cannot be ripped, that is when we'll use the hydraulic breaker and load it onto trucks."

"We use GPS CAD files to help us locate the structural excavation, footings, walls, building outline and roads" said Zehr. "Some layout yards and material storage sites have been established and new ones will be created over the next couple of months."

The excavation is being forwarded by the use of K-Tec scraper pans attached to Volvo A45 trucks, Cat 349 and 336 dozers and Cat dozers — D7s, D8s and D9s, equipped with GPS systems. 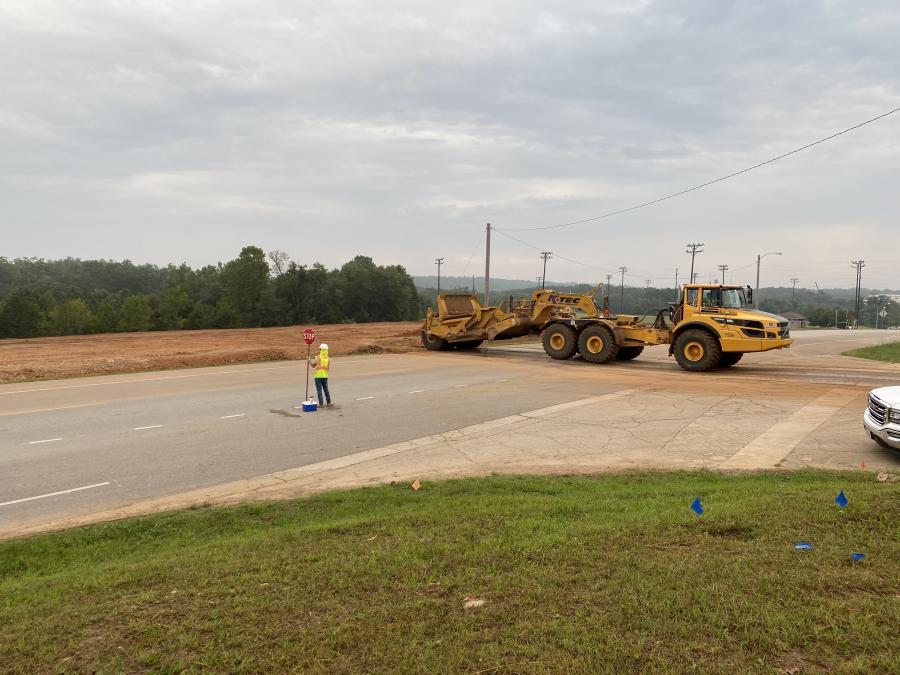 "We're looking to be dried up by the summer of 2022," said Tommy Turner, JE Dunn's senior project manager. "The building is structural steel with an architectural precast envelope.

"We have a full-time mechanic on-site and at this point we've been pretty lucky not to have any major breakdowns," said Zehr.

"We have long-lasting relationships and a lot of history with them," said Zehr.

JE Dunn has reserved some equipment already, which will be a mixture of company owned and rented pieces.

"We have strategies for cranes and other large pieces of equipment," said Turner. CEG