BLOG: Measuring the Fatigue of a Heavy Equipment Operator

A device that Caterpillar is offering the construction, trucking and mining sectors may be worth considering. 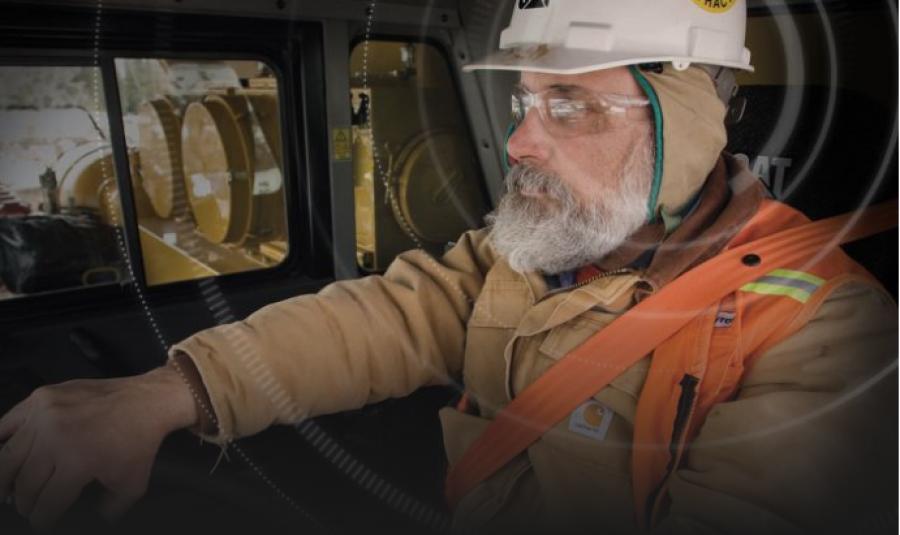 The Cat Smartband, a simple and unobtrusive wearable device that feeds data into a software program that can tell when a worker is suffering from a lack of sleep and the fatigue that results.

One of the jobs I had in college to pay for tuition, books, and youthful folly was in the housekeeping department at a local major department store. Sunday mornings I would vacuum the restaurant and empty the trash containers behind the registers throughout the store. I think my hours were 6:00am to 10:00am, to make sure everything was ship-shape for the store which opened at 11 for brunch and then completely open at noon.

After a Saturday night of drinking (the drinking age was 18 at the time) and carousing, I had to face the fact that I needed to be at work in a few hours. The timing for this job was brutal. More often than not I would go directly to the store after bar closing and plop down onto an incredibly soft, expensive sofa in the furniture department for a nap until 7 or 8 and then rush through my tasks. Everything got done. I was, after all, a highly responsible college kid.

One morning, I was chatting with the guard, who was around my age. We were at the main door where he was stationed looking out on the massive empty mall parking lot and I was about to leave. I think we were remarking that this huge lot will likely be filled with cars in a few hours when we saw a car speeding diagonally through the lot from our left view and then another car cutting through from the right coursing through the vacant parking lot. They were the only two cars on this asphalt paved horizon… and, yep, you guessed it… a head on collision.

This accident reflects an odd, scary truth about drivers. There is this magnetic force which compels some drivers to veer into objects they shouldn't be hitting… the deer walking across a desolate road, the highway worker on a road crew, or a bicyclist humming along the adjacent bike lane.

Much of it may be attributed to fatigue. Which is why a cool device that Caterpillar is offering the construction, trucking and mining sectors may be worth considering. The Cat Smartband, a simple and unobtrusive wearable device that feeds data into a software program that can tell when a worker is suffering from a lack of sleep and the fatigue that results.

Clearly, if the machine operator or driver can be alerted to avoid an accident that makes wearing the wrist band worthwhile. A bigger issue is that it can possibly help workers change habits that can harm their health.

The Cat Smartband is actually the wristwatch-type device from a company called Fatigue Science, one of the leaders in fatigue and sleep research. The device measures motion with an internal 3D accelerometer. When you stop moving, it assumes you are asleep. That information is downloaded into a software program that looks at patterns of activity, and matches those with things like the time of day or how long it's been since the person wearing the device last slept.

Initially, the wristband is worn 24/7 for 30 days to establish a person's sleep habits, fatigue and awareness base levels. During the study period, the wearer can push a button on the device and get a score, from zero to 100, relating to their current alertness level. If they're at 85, they know they're doing good; but if they get a score of 60, they may realize they're struggling. When monitoring a person's habits, fitful sleeping can indicate a more serious issue such as sleep apnea.

Interestingly, mining companies are using the wristband data to get a better idea of how to structure shift work in difficult to reach locations. A worker can fly in, take a long bus ride to the location and work for two weeks. When they're in camp, they go to bed on time, they get good sleep, and they wake up on an almost military schedule. But when they get home, they're all over the place with their sleep being disrupted by family, neighbors… or they're out partying. There are all kinds of distractions. But in camp, they can do quite well.

One has to wonder if fatigue is the source of drivers and machine operators being attracted to the dangerous or fatal collisions that defy logical explanation. I have to wonder if one or both drivers in that shopping mall parking lot of years ago were both plum beat tired and subconsciously happy to see another driver scrambling to get to wherever they were going on a Sunday morning. Too bad they weren't wearing a Cat Smartband to help them avoid their ridiculous crash.