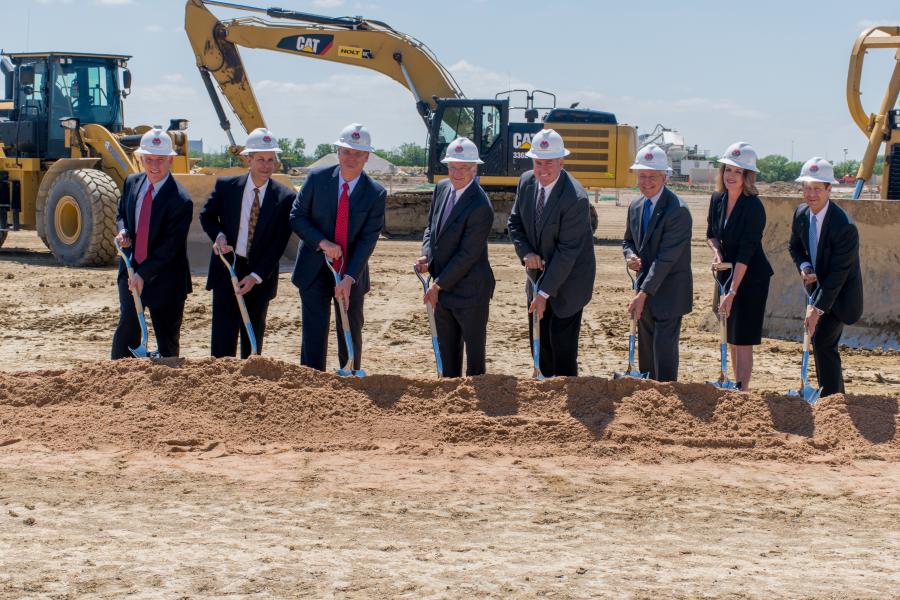 Officials break ground for the new TTI facility in Fort Worth, Texas.

The building will provide space for office and employee facilities and will include a fitness/exercise room and multiple break areas.

The new building will be built with tilt-up construction. The entire facility, including the distribution area, will be heated and air-conditioned by a central plant to maintain consistent temperature throughout the building.

Surrounding the facility will be extensive paving for truck lanes and courts, and 500 employee parking spaces, with a stacked block retaining wall along the north side of the property.

Bob Moore Construction's selection to build the TTI facility follows successful projects the general contractor delivered for Mouser Electronics, a subsidiary of TTI. The expansion of Mouser's headquarters in Mansfield earned Bob Moore Construction regional and state awards from the Association of General Contractors of America.

“Our team with Bob Moore Construction is very excited to build the new TTI facility,” said McGuire. “Every element of this building is optimized for top quality, newest technology and maximum efficiency. When this project is finished, TTI will have one of the most technologically advanced distribution centers in North Texas.”