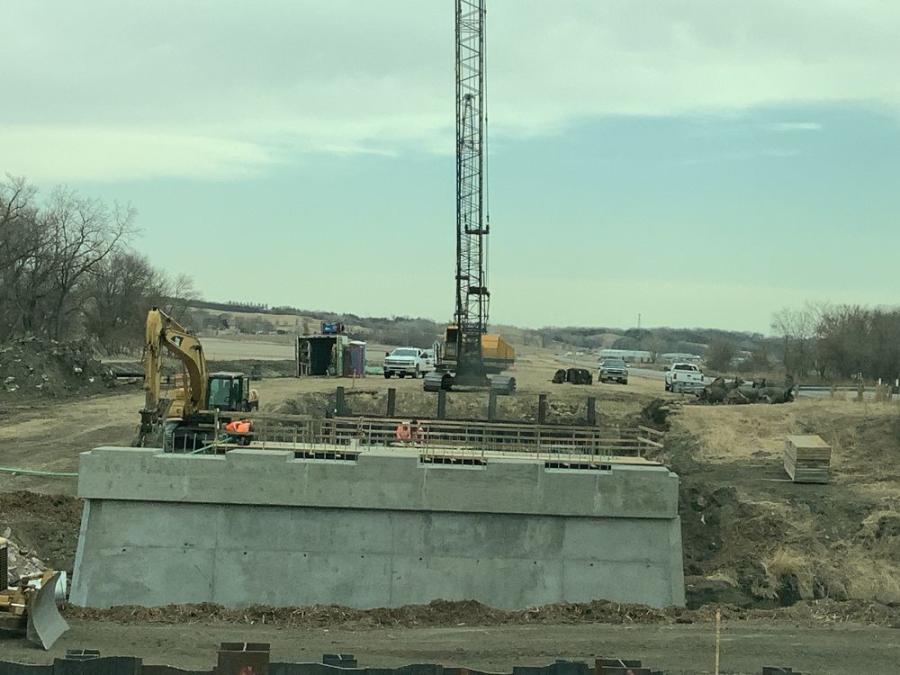 The U.S.-275 Scribner – West Point segment of the expressway is expanding approximately 18.5 mi. of U.S. Highway 275 from a two-lane highway to a four-lane divided expressway from Scribner to West Point, Neb.

The Nebraska Department of Transportation (NDOT) is overseeing an approximately $38 million project designed to improve reliability, mobility and safety along a stretch of U.S.-275. The U.S.-275 Scribner – West Point segment of the expressway is expanding approximately 18.5 mi. of U.S. Highway 275 from a two-lane highway to a four-lane divided expressway from Scribner to West Point, Neb. The majority of the project will be constructed using a 2+2 approach, resulting in two new lanes with new pavement parallel to the existing lanes that will continue to serve motorists. 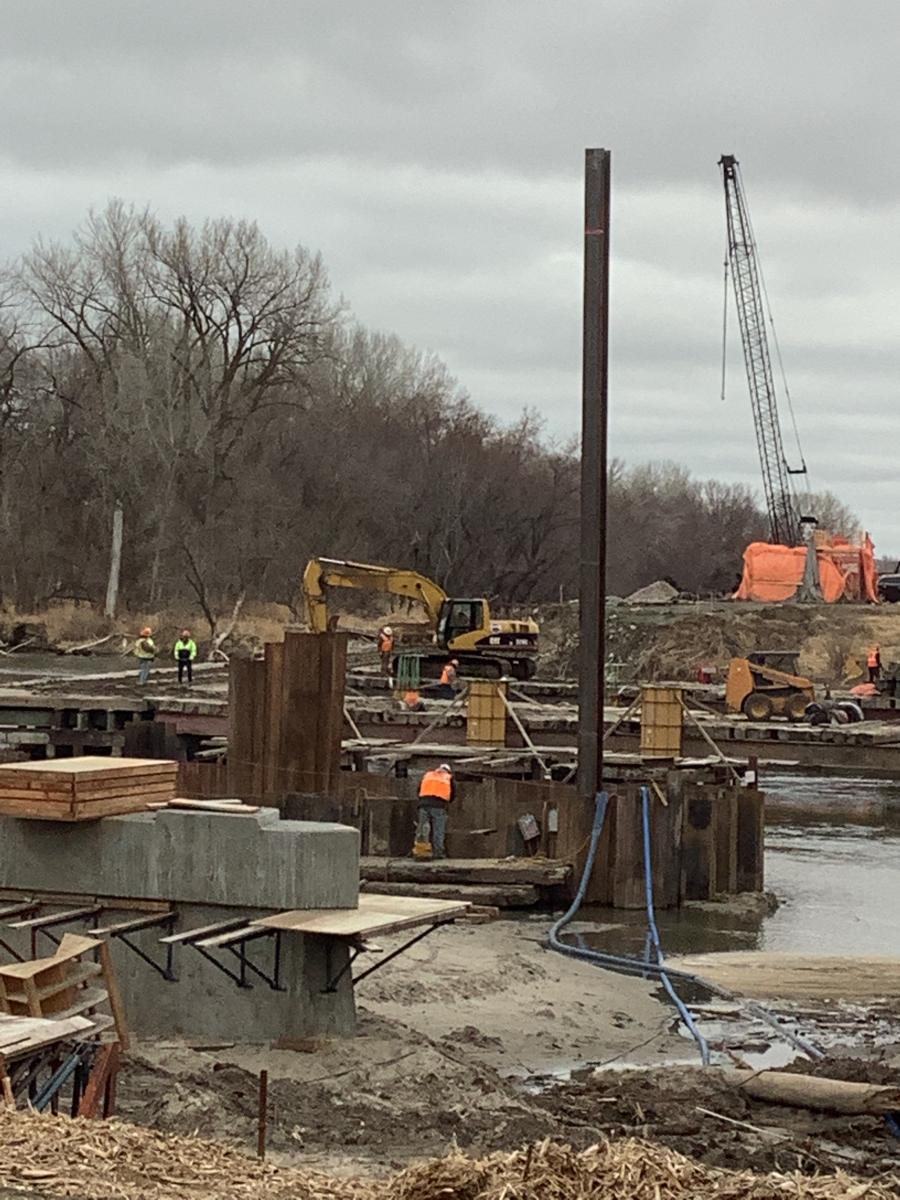 "Highway 275 is part of the identified expressway corridors Nebraska has been working to complete for many years," said NDOT spokesperson Jeni Campana. "This is the latest segment toward completion, which will continue the expansion from Omaha towards Norfolk and major interstate corridors of I-80 and I-29. This corridor is important for manufacturing and agriculture in the area to get products to market in a safe and reliable manner.

"Nebraska has been working toward multiple capital improvement projects. Highway 275 has remained a priority for many years. With work being completed on the various repairs necessary for flood impacts in 2019, the time was right to move on the next segment of Highway 275."

This segment has considerable truck traffic moving items from the northeast region of the state to the transportation for markets in Omaha and Fremont.

"Like many of our expressway projects, this has been a key concern for many years," said Campana. "Several segments of expressways are being worked on in Nebraska. The entire segment from Omaha to Norfolk has been a priority for a long time. Seeing the next phase move forward is a big piece toward meeting the needs in the area."

A 2+2 highway project involves using the existing two-lanes of highway and adding two new lanes to make a four-lane divided highway. The existing two lanes are resurfaced to give all four lanes a smooth ride. Doing so saves money and reduces the time it takes for crews to finish the work.

When work wraps up in about two years, 91 of the 115 mi., or nearly 80 percent, of the U.S.-275 Norfolk to Omaha Expressway will be constructed as a four-lane divided expressway. This will provide both greater mobility and connectivity for the region.

"Considerable work was necessary with our partners, both at the local and federal level, to expand the current footprint that's in alignment with the geographical needs in the area, while also improving the roadway," said Campana.

"NDOT's partners here have been very active with their support and rallying the communities along the way to advocate for their regions. To have local partners buy in to large scale projects is key to reaching our goal."

According to NDOT's website, U.S.-Highway 275 is a critical roadway in Nebraska's transportation network that connects northeast Nebraska to Interstate 80 and the Omaha metropolitan area, and provides access to essential services in the region, including employment opportunities, social services, health care and education services. NDOT has invested more than $450 million into the expressway system and has steadily advanced U.S.-275 expressway construction. However, there are miles of the U.S.-275 expressway that remain unfinished.

Construction of this segment of U.S.-275 began in July 2021 and is anticipated to be completed in spring of 2024. Koss Construction of Topeka, Kan., serves as the general contractor.

As for the biggest challenges on the project, said NDOT project manager Rick Fisher, "This includes managing the safety of the traveling public and workers, and minimizing the impact of geography."

The key steps involved in the expansion include grading and earth work, in addition to bridge work on new lanes prior to beginning work on existing lanes.

Construction is roughly 25 percent complete, and is on track, at this time. Currently, crews are performing all grade work and bridge work on new lanes, in preparation for paving the new two lanes. Considerable grading, bridge and culvert work has already been completed. Some demolition will be required to remove four bridges on the existing roadway when traffic shifts to other lanes.

"With the expansion in this area, there is considerable work that is being done to preserve geography in the area," said Fisher, who added that more than 2 million cu. yds. of dirt have been moved since this project started last summer.

Key tasks remaining include grading and concrete work on the new lanes before construction will begin on the existing lanes.

While snow and freezing temperatures can often pose problems for crews in the Midwest, the elements did not pose a problem for workers this past winter. 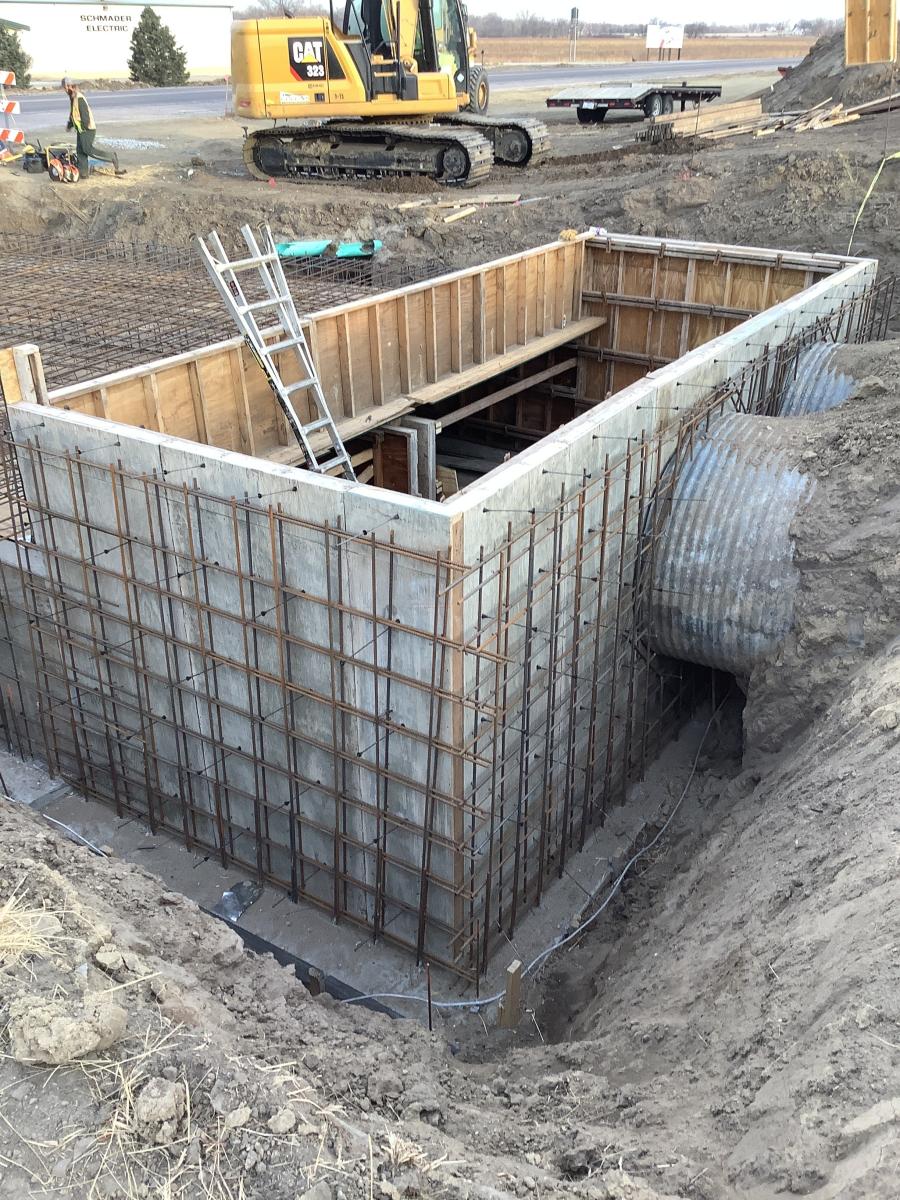 "We've been fortunate with good weather, and it has had little impact, to date," said Fisher. "With this last winter being mild in Nebraska, it gave us the opportunity to continue to move the project forward."

Fisher noted that, as with similar construction efforts, there are concerns when expanding a two-lane highway to a four-lane divided expressway.

"This involves managing the requirements of the geography in the area, as well as working with the property owners and communities in the area to minimize impacts for such a large project."

While much work remains on the assignment, Fisher and the rest of the construction team are proud to be part of such a significant project.

"The first thing that comes to mind is keeping and maintaining the safety of future motorists. The work we do, working with those who will be using the system, including adjacent landowners, for many years to come, is extremely satisfying." CEG