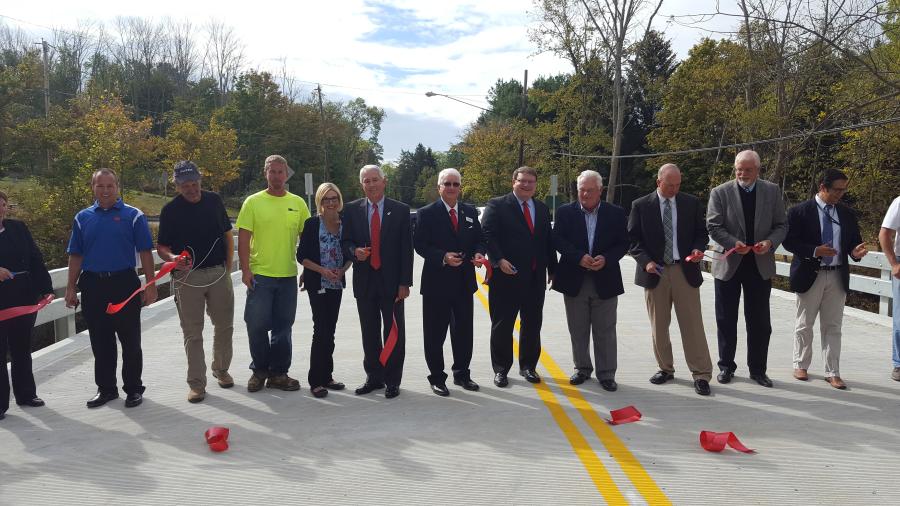 State, federal, and local leaders officially cut the ribbon on the Bagdad Road bridge over the Rocky River. It is the 200th bridge completed under a program between the Ohio Department of Transportation and local government partners.

The Ohio Bridge Partnership Program was created in 2013 to allow local governments to apply for state and federal funding to address bridges in need of major repairs or replacement. The program, created in partnership with the County Engineers Association of Ohio, is investing $130 million into 224 bridges around Ohio.

• Must meet the federal bridge definition of being more than 20 ft. long

• Must be “structurally deficient” — an engineering term given to bridges having maintenance issues that, while safe, still require repair

Ohio has more than 43,000 bridges, second only to Texas in the United States. Despite a federal mandate to inspect bridges once every two years, all of Ohio's bridges receive annual inspections.

“Whether they are traveling on an interstates, U.S. routes, state routes, county or township roads motorists expect the bridges they cross to be safe,” said ODOT Director Jerry Wray. “This program helps address the needs of our local government partners by leveraging the resources of the state and federal government.”

Without these funds, many of these bridges may not have been repaired or replaced for several more years.

The new Bagdad Road bridge is wider and built to handle more traffic. The project cost $752,000 to complete.​