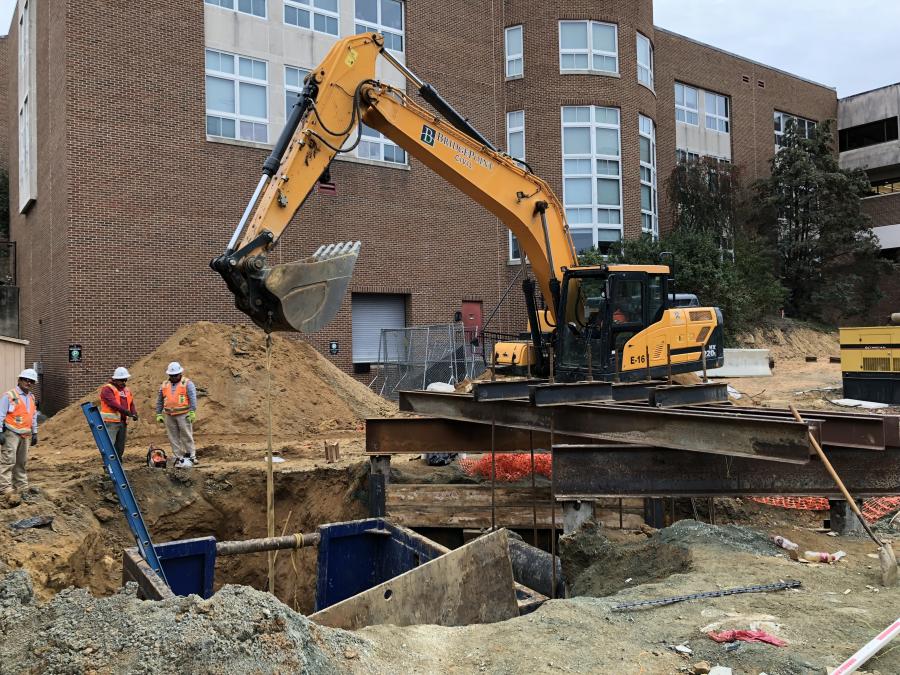 For this job, BridgePoint Civil has a fleet of 10 excavators, which includes this Hyundai HX220L.

Over the past two years, BridgePoint Civil, a turnkey site development company based in Goldsboro, N.C., has been putting its stamp on its service area, which spans from the Outer Banks West to Chapel Hill, N.C.

Jeremy Smith, president of BridgePoint Civil, said that although the site was not ideal, his crews managed their $3 million site work scope successfully and that aided the contractor, TA Loving, in completing the $16 million project on schedule.

“I realized that if we didn't get the parking lot done before they started building, we were going to be in trouble because TA Loving wouldn't be able to get to the building due to the wet soil,” said Smith. “We had to get all of the utilities, storm drain pipes, sewer, water and stone put in; stabilize the site; and complete the first layer of asphalt paving before they starting working on the footings. We were able to do that in three months; that was special and a team effort. When TA Loving was ready to start the building construction, we had just finished putting the binder down, so they could work off of it.”

He also was proud to be involved in such an impactful project in the community. 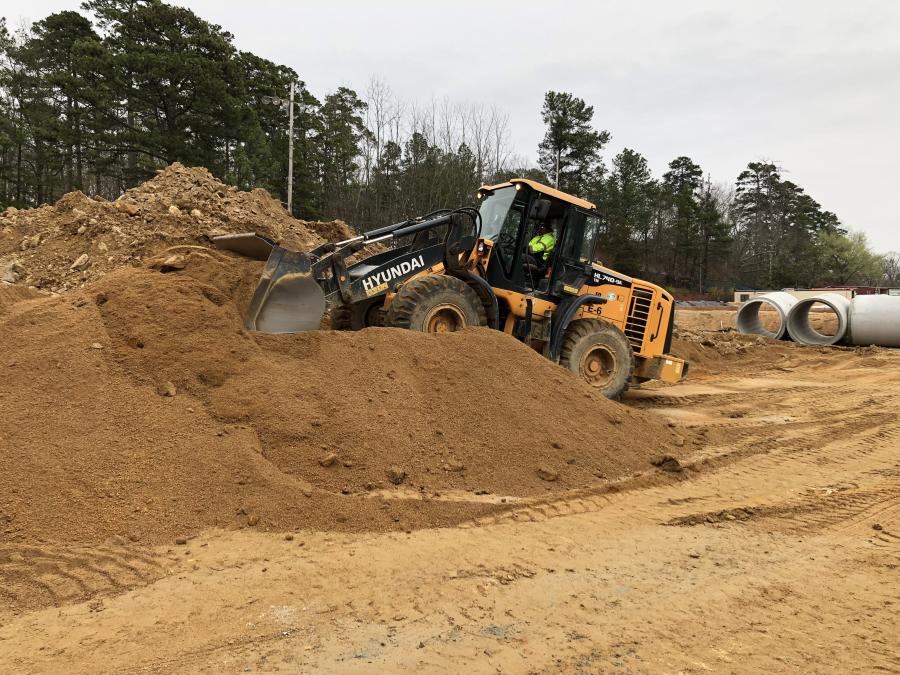 To help BridgePoint Civil on this job, and others like it, Smith depends on a fleet of equipment that includes 10 excavators, two wheel loaders, three rollers and an asphalt roller, all manufactured by Hyundai. He appreciates the machines' strength, performance and efficiency, as well as the integrated technology. Another factor in his decision to purchase Hyundai machines is the service he receives from his dealer — Rob's Hydraulics.

“Those guys are great, and the Hyundai excavator is a great quality machine for a good price,” he said. “When you add Rob's Hydraulics on top of it, it puts Hyundai over the top. Just because you sell something doesn't mean you have great service. We've grown quickly, and we've needed flexibility and somebody to help us. Rob's Hydraulics met all of our needs, and they have been great to work with.”

Rob's Hydraulics has continued to come through for Smith on a number of occasions, including one of the company's early projects, a site concrete demo project on a local Walmart in Goldsboro.

“We were doing demolition and replacing the concrete,” said Smith. “Mike Casper, my salesman at Rob's, brought out an excavator for me to try. Something wasn't right on the machine, and he stayed there — I think it was midnight or 1:00 a.m. — to make sure everything was right with the excavator and the hammer. This was my first interaction with those guys. It was a small project, and a salesman staying until 1:00 in the morning to make sure we were okay showed me that they would go the extra mile.”

Although BridgePoint Civil has only been in operation for two years, Smith has been in the industry for quite some time. After starting a landscaping business in high school, he went to college for turf management, and later, he worked for a site work company for 11 years. It is during this time that he met his business partner, Shelley McPhatter, who runs BridgePoint General Contracting, BridgePoint Civil's sister company.

“We share a lot of the same visions and a lot of the same ethics and ideas about how a construction company should run,” he said. “We look after the customer and the people [we] work with, and we take a collaborative approach to construction. In this business, that can be different than what a lot of people are used to. A lot of construction jobs I see are painful sometimes. We try to make it a fun process as much as possible.”

Looking forward, Smith said that good people will be the key to his company's continued success.

“I think a lot of people have a misconception of growing businesses,” he said. “You have to grow people to grow your business. The people are your business. And, without good people, you won't amount to anything. So, you always have to remember that.”