Bridges and Roads LLC Building Roundabout in Round Rock 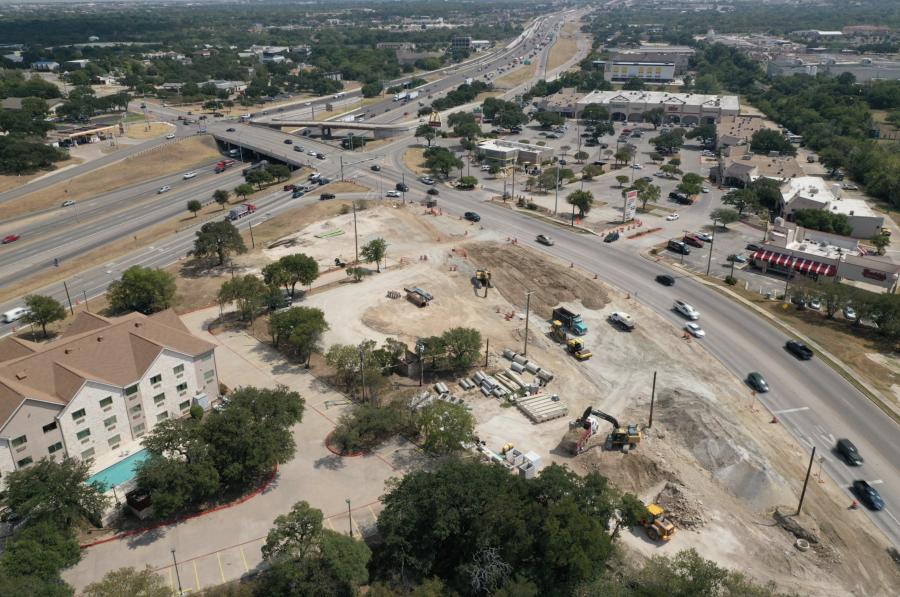 Bridges and Roads LLC is the general contractor for the $27 million project that will feature a new roundabout and overpasses on RM 620 in Round Rock.

Construction crews from Bridges and Roads LLC are making considerable progress on the $27.4 million RM 620 Roundabout project (I-35 to Deep Wood Drive) in the city of Round Rock (Williamson County). The project began on March 11, 2020, and the general contractor expects to deliver the final product at the end of 2022.

A key element of the project is to build new overpasses for through traffic and frontage road lanes for local traffic to improve safety and mobility. RM 620 from I-35 to Deep Wood Drive has a high volume of traffic and congestion, and this construction project will alleviate those issues. 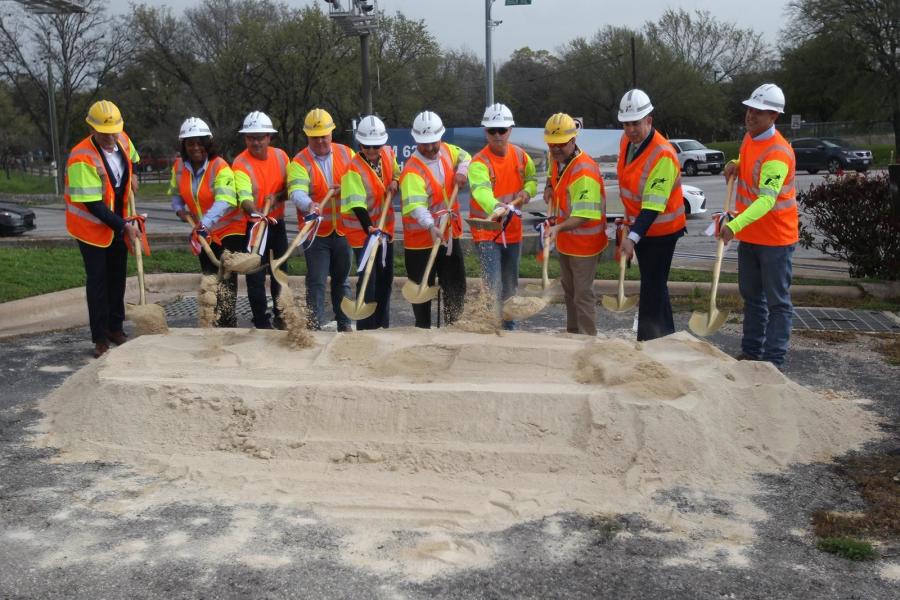 The project was designed by Halff.

"The design of this project is very unique and is the first of its kind," said John Peters, TxDOT Georgetown area engineer. "I am not aware of any other locations that have a roundabout and a railroad under a bridge."

Crews are continuing to work on the RM 620 bridge over the railway tracks, retaining wall construction around the UPRR bridge, storm sewer/inlet installation, roundabout construction and a portion of the Eastbound RM 620 frontage road, according to Jason Hudson, a TxDOT construction inspector, Austin District.

To date, Bridges and Roads has installed structural concrete for the bridge over the Union Pacific Railroad tracks; has started work on the eastbound frontage road; and has made significant progress on the retaining walls near Chisholm Trail.

"The approximate dates, according to the contractor's schedule, indicates that the UPRR bridge at Chisholm Trail and the eastbound RM 620 across the bridge should be complete in summer 2022," said Hudson, "and westbound RM 620 will be open by spring 2023. Lake Creek Drive Spring should be complete by 2023. A detour lane shift from IH I-35 to Chisholm Trail Road was done to allow for the construction of the UPRR bridge. Drill shafts for EB RM 620 before Chisholm Trail Road have also been placed."

Large excavators with various attachments are drilling the shafts, dozers are helping to clear the ground for future paving operations and rollers are flattening and leveling the surface. With no traffic in some of the work zones, crews are able to operate more freely. This is giving Bridges and Roads opportunities to maximize production.

For new materials being brought in, the plans call for approximately 10,000 linear ft. of RCP and about 17,000 tons of hot-mix.

The ample space at various sites can easily be accessed by local roads, so Bridges and Roads has plenty of room to store materials and give equipment operators lots of leeway to move about and perform operations. In some areas where road construction is taking place, large cones separate traffic from the excavated areas where the new lanes are being built. 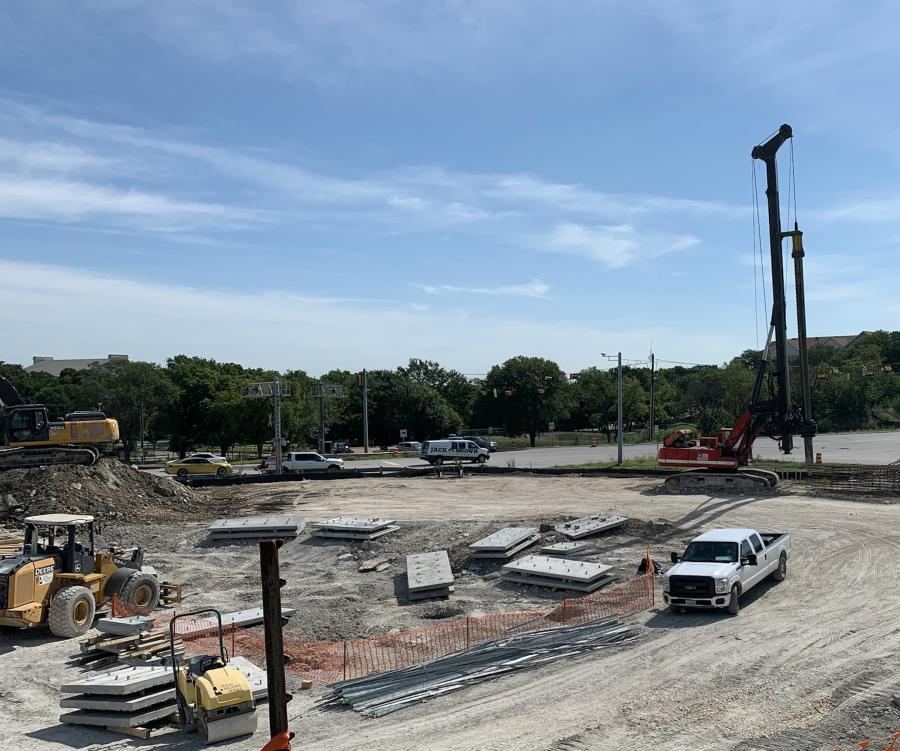 "This project has come about because of the tireless efforts of our local partners, and I am excited that we are able to make these much-needed improvements a reality," said TxDOT Austin District Engineer Tucker Ferguson at the March 11, 2020, groundbreaking ceremony.

"Collaboration is the key to getting the RM 620 Roundabout project off the ground," said Williamson County Commissioner Terry Cook. "We are happy to see construction get under way and can't wait for it to be competed in a couple of years."

The initiative is welcomed by the public.

"Improvements to RM 620 are vital for our Round Rock residents and visitors," said Round Rock Mayor Craig Morgan. "Just as importantly, with the addition of overpasses, our emergency services will soon be able to get to St. David's Round Rock Medical Center with less delay. It is no exaggeration to say that this project will save lives."

The traffic management plan is based on Texas Manual on Uniform Traffic Control Devices (TxMUTCD) and TxDOT standards. Construction is well under way in the area, which makes safety top of mind.

"It's important that the public drive with caution in the work zone, not only to keep workers safe, but for their own wellbeing," said Diann Hodges, TxDOT Southwest Texas communications director. "We do our best to inform the public about upcoming closures and we appreciate their cooperation and patience during construction." CEG