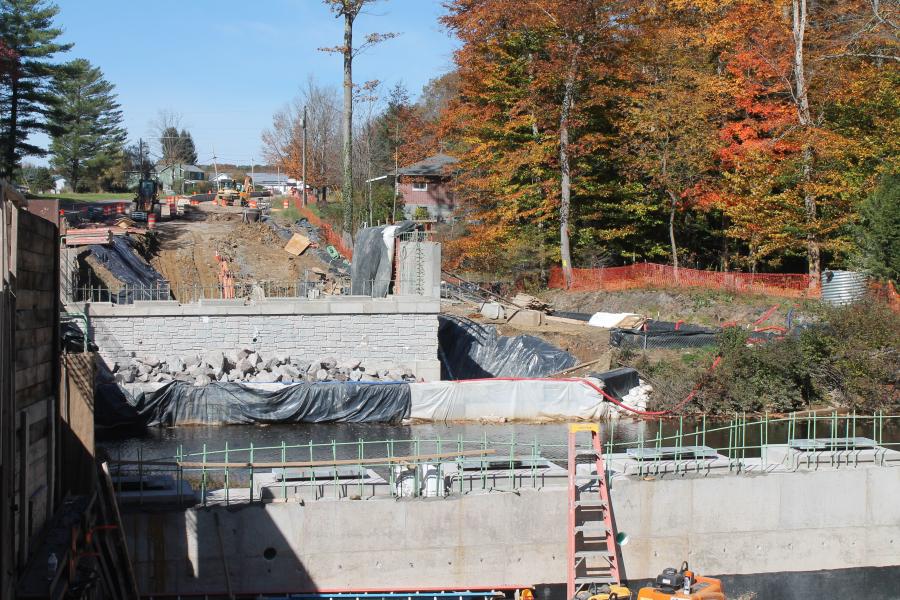 The Maryland Department of Transportation’s State Highway Administration (MDOT SHA) currently is working on a $8.8 million bridge replacement project on MD 39 (Hutton Road) at the crossing of the Youghiogheny River in Crellin.

The Maryland Department of Transportation's State Highway Administration (MDOT SHA) currently is working on a $8.8 million bridge replacement project on MD 39 (Hutton Road) at the crossing of the Youghiogheny River in Crellin, which is in Garrett County.

The project is currently 35 percent complete and is expected to be finished by the end of 2021. 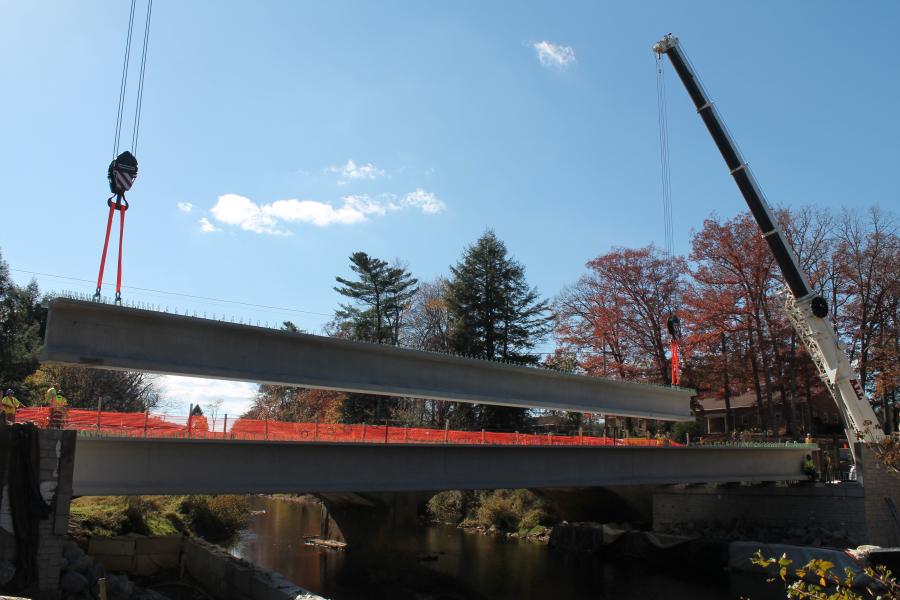 The purpose of the project is to address the deteriorated condition of the existing bridge in accordance with the goal of keeping Maryland's Transportation System in a state of good repair.

MDOT SHA is working cooperatively with Garrett County to replace the bridge, which was originally constructed in 1928. Although it has been deemed safe for the traveling public, it is nearing the end of its useful service life. Should the deterioration continue, weight restrictions (reduced loads for trucks) would need to be posted to ensure safety.

MDOT SHA reported that this could have a significant impact on the local economy and movement of traffic since MD 39 functions as a primary travel route for traffic traveling in this rural area of Garrett County.

The new bridge will be widened to provide for wider shoulders to improve safety. Replacing the bridge will save money on future maintenance spending, and support safety and mobility as a part of MDOT SHA's goal of maintaining the transportation system in a good state of repair.

The contract calls for a 114-ft. single span bridge, new storm drains, new storm water management, 1,300 ft. of new roadway and new guardrail traffic barrier. The new bridge will be 1.7 ft. higher than the old one.

This project involves a design process that takes into consideration the needs of the traveling public to ensure their continued safety and mobility within the transportation network.

According to MDOT, several alternatives for maintaining traffic along MD 39 during construction were considered. Given the arch type construction of the existing bridge, MDOT SHA determined that it was not feasible to replace the bridge using staged construction where the bridge would be partially removed and replaced in stages.

Crews will construct the new bridge on an alignment parallel to the existing bridge while maintaining traffic, since it will minimize the duration of construction and its impact upon the traveling public.

As of November, crews has reportedly completed half of the roadway. In addition, bridge abutments have been completed and the beams are set for the bridge.

"The project will need to do a winter shut down as temperatures begin to drop," said Shelley Miller, District 6 community liaison. "Completion is expected to be December 2021. Unfortunately, the weather will not allow the deck to be poured this year. A temperature of 50 degrees for seven days must be maintained in order to pour the deck."

"The biggest challenge we have had on this job is the spring flooding," said Dave Bittner, project engineer. "We had at least three different flooding events that took the water level over 5½ feet. Once water goes over 5 feet crews have to take time pump it back out before they could get started again."

According to Bittner, one of the subcontractors on the job was Eastern Steel Construction Inc., Fallston, Md., for $478,458.72. Its work includes setting the precast girders and placing the re-steel for the footers, abutments and superstructure. To set the girders, Eastern rented two Liebherr 100-ton cranes from All Crane of Elizabeth, Pa.

Another subcontractor was Clearwater Construction Inc. from Cranberry Township Pa., for $356,346. This included drilling the 26-in. holes for the placement of the 12 by 63 H piles that the abutments were set on. They drilled an average of 5 ft. through fractured rock and then 10 ft. into solid rock in Stage One so far. Its equipment included a Bauer BH11H drill with 26-in. drill bits. CEG