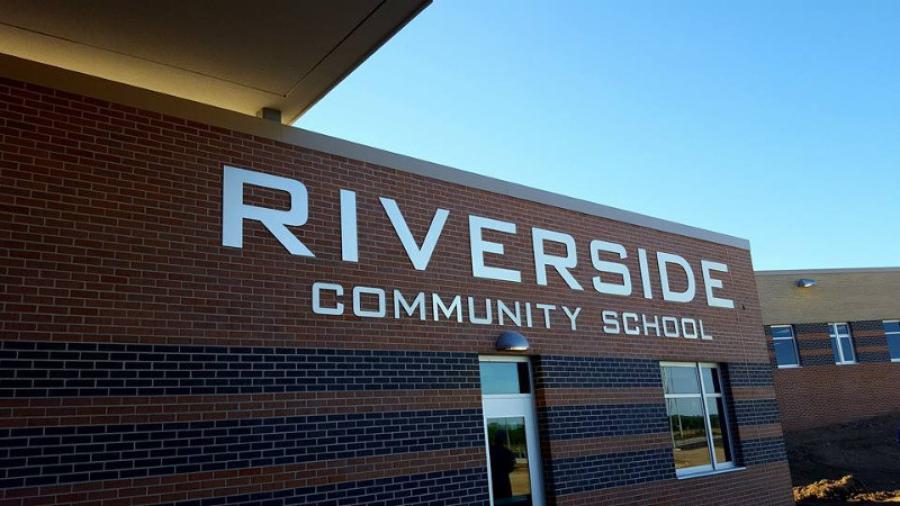 Kevin and Dean Schechinger are set to purchase the former Riverside High School properties to convert them for use as community educational and recreational facilities. (Riverside schools photo)

OAKLAND, Iowa (AP) Two Oakland residents are set to purchase the former Riverside High School properties to convert them for use as community educational and recreational facilities for area residents, with the building renamed “Impact Hill.”

The school district has agreed to sell the properties — the building at 501 Oakland Ave, parking lots and former football and baseball fields near the city pool — to brothers Kevin and Dean Schechinger of rural Oakland for $10, Superintendent Tim Mitchell confirmed. The parties may close on the property in the next week or two, Kevin Schechinger said.

“We also gave our assurance that, if our plans don't go forward for some reason, we also have the responsibility of tearing it down,' he said.

The Schechingers are longtime members of the community with experience renovating local buildings, the Daily Nonpareil reported. In 2013, Dean and Rita Schechinger purchased the former Oakland City Hall at 101 Main St., which they proceeded to restore. The building is now home to four local businesses.

The oldest part of the school facility was built in the 1930s, Kevin Schechinger said. Additions were constructed in the 1950s and late 1970s.

The gymnasium should be available for use early in the new year — initially, by basketball and volleyball clubs or leagues. It might take $25,000 to $50,000 to get the rest of the newer part of the building ready for use, he said.

The Schechingers want to use that part of the building for educational programs, from a preschool or child care center to various kinds of workshops.

“We're hoping to have a STEM room (for) technology,' he said.

The brothers also hope to equip the old shop area as a wood shop and metal shop where people can come and work on projects, Schechinger said. Space may also be set aside for small engine repair and/or automotive work.

“People could purchase memberships and come in and use the equipment,' he said.

A board of directors has been established to oversee the facility, Schechinger said. Its mission statement is, “Impact Hill will be a safe, positive, and welcoming environment for the recreational, educational, social, cultural advancement of all, through the restoration and redevelopment of the historic (Riverside High School) building in the heart of the vibrant community of Oakland, Iowa.'

Revenue to sustain the operation will come from memberships, user fees, grants, donations and possible rentals and sharing arrangements. The buyers already held one fundraiser at the site on Dec. 15, he said. It was a parents' night out event where volunteers watched children for a few hours.

With construction of the new junior-senior high school, the Riverside Community Schools Board of Education pondered what to do with the old building, Mitchell said. The district got bids on demolition that ranged from $300,000 to $500,000.

“We looked at a lot of different options,' he said. “When I first came to the district, the board directed me to find some sort of solution to it.'

They wanted him to find someone who was interested in saving the building and using it for something constructive, Mitchell said.

“By the time we got to a public hearing, we had three interested parties,' he said.

The Schechingers had a plan to do something positive with it for the good of the community, so the board decided to sell to them, Mitchell said.

“We hope to continue to work with them,' he said. “They've got a really good group of people on their board that are looking at some good ideas, and we hope they'll be able to move forward and bring some of those to fruition,'

In the meantime, the Schechingers are seeking suggestions, volunteers and funding to support the new community outreach center.

“I am so excited to see what impact our community can have when we pull together — not only for me and my family, but for all of us in southwest Iowa,' Schechinger said.