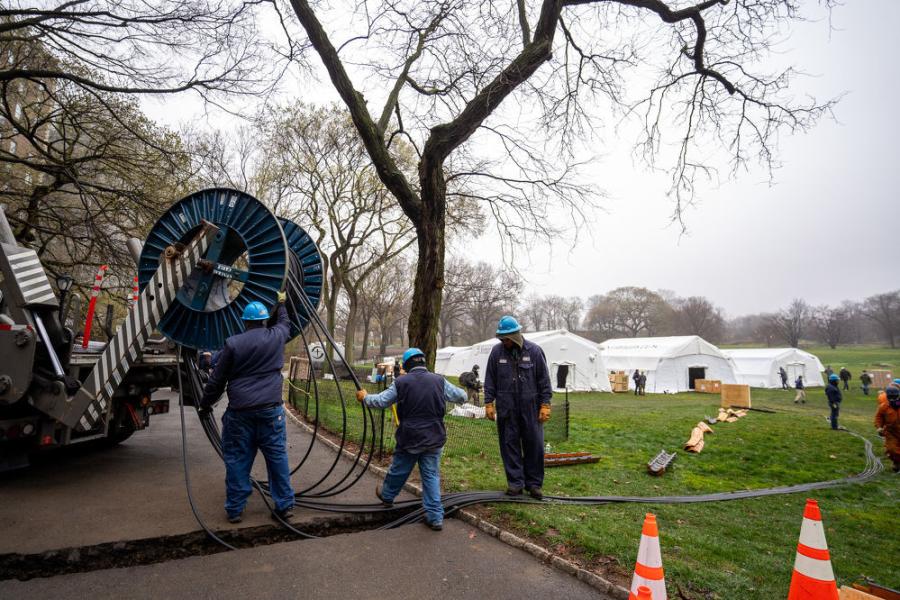 The 50,000-sq.-ft. emergency field hospital is mobile and ready to deploy at a moment’s notice to provide emergency medical relief in disaster-stricken areas where medical infrastructure is damaged, overwhelmed or nonexistent.

For the first time since the Civil War, a field hospital has been established in New York City's Central Park. Located on the East Meadow in front of Mount Sinai Hospital, according to a spokesperson for the Mount Sinai Health System, 14 tents allocated for patients seriously ill with COVID-19 are designated as part of the response to the anticipated peak of illness in coming weeks. The additional capacity will help ease the burden on area hospitals and medical personnel and provide access to critical life-saving health care for a rapidly growing number of patients as the coronavirus spreads.

The United States currently has the largest outbreak of COVID-19. Nearly half of these cases are in New York State, with thousands of new cases being reported daily. Because New York City has been particularly hard-hit by the coronavirus, with record numbers of cases that have severely overwhelmed local medical infrastructure, Samaritan's Purse deployed an Emergency Field Hospital to Central Park to enable ongoing care for patients stricken with the deadly virus.

Help on the Way

In cooperation with the Federal Emergency Management Agency, New York State officials and local hospital authorities and in partnership with Mount Sinai Hospital, the international Christian relief organization began setting up a 68-bed field hospital that is specially designed as a respiratory care unit. 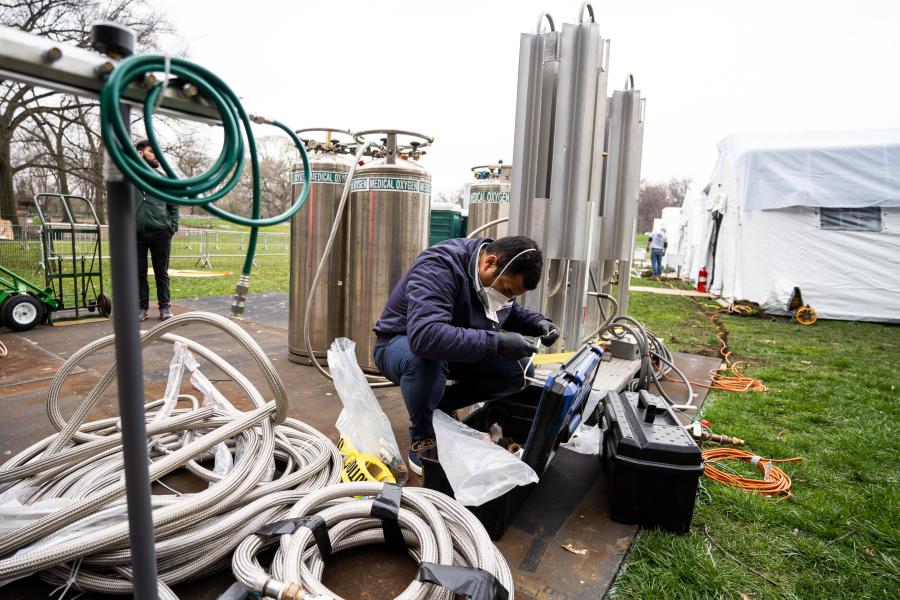 One week earlier, the 501(c)(3) tax-exempt charity deployed a similar respiratory care unit to Cremona, Italy, but because the United States has surpassed all other countries with the number of active COVID-19 cases, it was decided that assistance needed to be extended to New York as well. Maintaining two units simultaneously is an unprecedented medical response from the organization, but one they felt necessary during this pandemic.

"People are dying from the coronavirus, hospitals are out of beds and the medical staff are overwhelmed," said Franklin Graham, president and CEO of Samaritan's Purse. "We are deploying our Emergency Field Hospital to New York to meet this critical need."

Admissions will be coordinated by Mount Sinai.

The 50,000-sq.-ft. emergency field hospital is mobile and ready to deploy at a moment's notice to provide emergency medical relief in disaster-stricken areas where medical infrastructure is damaged, overwhelmed or nonexistent.

It's also designed to be customizable, explains Dustin L. Petrey, communications for Samaritan's Purse. Each response is unique and tailored to the needs of each situation. Maximum capacity allows hospital staff to treat more than 100 patients, perform 15 to 25 surgeries daily and function as a full hospital.

At its maximum deployed capacity, it spans nearly an acre of land and includes numerous components, such as:

Also, onboard is all the necessary equipment to be self-sufficient, including generators and water purification systems.

The Emergency Field Hospital was trucked from North Carolina on four Samaritan's Purse tractor trailers, Petrey said. Once onsite, it was built and operational in roughly 48 hours. Con Edison sent electricians to set up a power grid to provide electricity for the tents. Dozens of volunteers unpacked crates and boxes of supplies, which included 10 ventilators, according to the New York Post.

Behind the field hospital came dozens of disaster relief specialists to assist healthcare workers from Mount Sinai Hospital in caring for patients. A specially-trained team deploys with the emergency field hospital to perform setup, with the goal to have the hospital operational within 24 hours of arriving on-site.

Typically staffed with 20 to 60 medical personnel, the roster usually includes doctors, nurses, surgeons, lab technicians, anesthesiologists, pharmacists, water and sanitation engineers and other support-services professionals. In addition to being medical experts, all of them undergo specialized training to prepare for serving during a disaster. In New York, the field hospital is expected to be staffed with as many as 70 medical personnel.

Standing By to Help 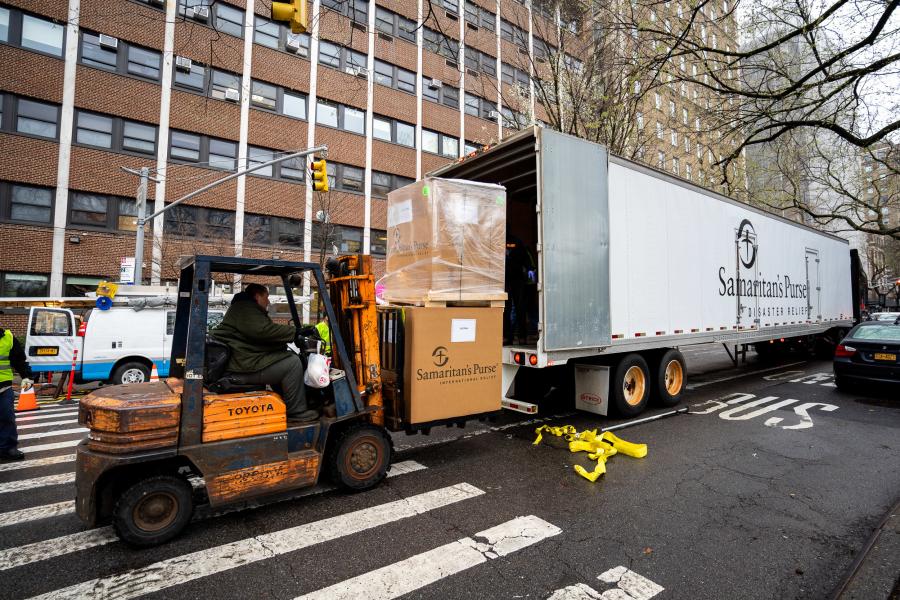 Based in Boone, N.C., Samaritan's Purse responds to medical crises anywhere in the world — especially locations where few others are working. The organization has worked to provide aid to victims of war, disease, disaster, poverty, famine and persecution in more than 100 countries. Some of the places they have deployed their Emergency Feld Hospital include Ecuador, Mozambique and the Bahamas. During the battle to liberate Mosul from ISIS terror, they set up their mobile medical facility on the Plains of Nineveh in Iraq. They have operated Ebola Treatment Centers in both Liberia and the Democratic Republic of the Congo and sent deployments to Bangladesh to fight diphtheria and to Haiti during a cholera epidemic following Hurricane Matthew.

Meanwhile, Samaritan's Purse and Mount Sinai Hospital are working together to quickly put the right equipment, resources and personnel in place to address those affected by the pandemic that has overwhelmed local medical capacity. CEG