Building Under Construction Collapses in Nashua 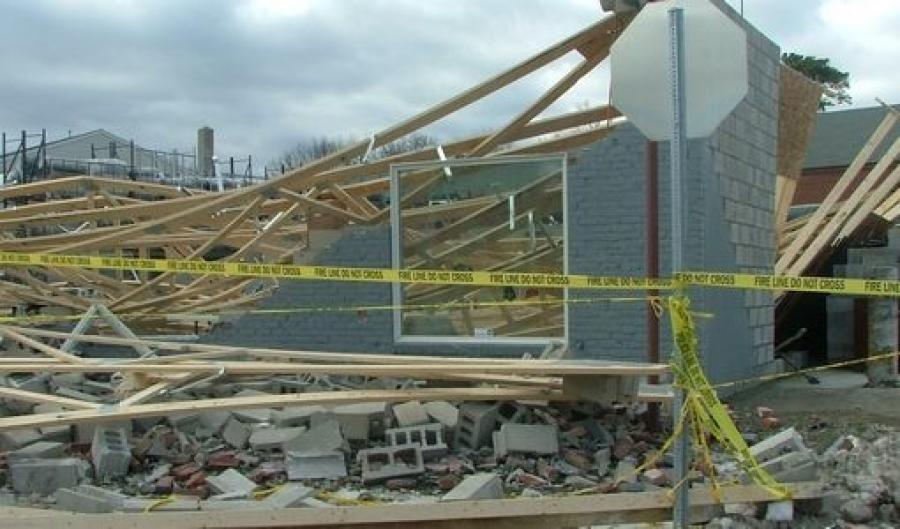 A building under construction in Nashua, New Hampshire collapsed on January 27. http://url.ie/11o3a

A building under construction in Nashua collapsed Friday, but no one was injured.

nvestigators are trying to determine what caused the building at the intersection of Pine and Central streets to collapse.

Officials said the building used to be an Asian market, and it was being rebuilt as a church and renovated to bring it up to code.

Witnesses said about a half-dozen people on the job site installing roof trusses when the building started to collapse. Everyone was able to get to safety.

"When something like this happens, it's like everything is in slow motion," said Michael Tocci of Forcier Construciton. "It's hard to describe, but we're all thankful to be alive, and we'll continue to work safe in the future, and we'll get this church built before long."

A pastor for Crossway Christian Church said the church planned to open in April.

Officials from the Occupational Safety and Health Administration were investigating.