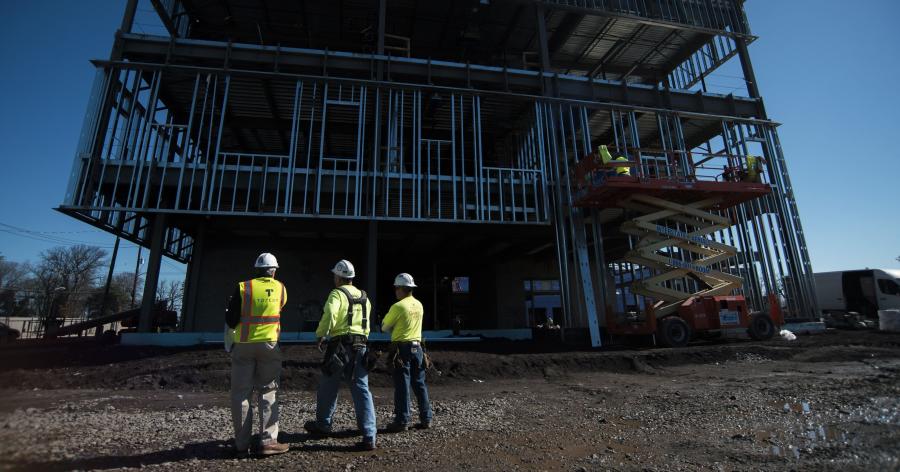 A baseball stadium once hailed as a sign of the bright future of the waterfront in the poverty-stricken city of Camden now sits mostly empty, but redevelopment projects worth hundreds of millions are rising up around it.

Camden County has been trying to draw a minor league team affiliated with Major League baseball to use the stadium since the former independent league's Camden Riversharks folded in 2015 after it couldn't reach a deal to stay. But 2017 will be the second season without professional baseball being played there.

"We think that's the most financially viable option for us, but so far we haven't been able to land one, quite frankly,' said Louis Cappelli, who leads the county's governing board. "We were hoping to have something concrete by now. Unfortunately that has not happened. But we will keep at it.'

The stadium has striking views of downtown Philadelphia and the Benjamin Franklin Bridge. It was the third major entertainment option to be developed on the waterfront, after an aquarium in 1992 and a major concert venue in 1995, as part of long-running effort to revitalize one of the nation's most violent and poorest cities.

As a few dozen people sat among a sea of empty seats in the 6,400-person stadium on a recent day to watch a Rutgers-Camden college baseball game, construction was going on around it.

The crown jewel of the waterfront now is a $1 billion development project by Philadelphia-based Liberty Property Trust. The first phase of the project, new headquarters for utility company American Water, is under construction while more offices, housing and retail are proposed.

Camden's waterfront also includes a new practice facility for the Philadelphia 76ers, while a new headquarters for Subaru is being built nearby.

All of those projects and a handful of others have benefited from hundreds of millions in tax breaks from the state, which they get based on the number of jobs they create.

The county bought the stadium for $3.5 million to save it from foreclosure in 2015 before the Riversharks folded. Meanwhile, a transit agency and New Jersey's economic development agency have forgiven millions in public loans used to help build it in 2001.

Rod Sadler, executive director of the nonprofit Save Our Waterfront, said that if another pro team can't be found for the stadium, it should be used by Rutgers-Camden and should be the site of more high school and intramural sports.

"That's the kind of thing that brings awareness and brings people,' he said. "People come down and say this is a nice facility.'

Sadler is helping to oversee development of a new park on the former site of a prison, which for decades took up prime waterfront space just north of the stadium. It's one of three park projects being developed on the north side of Camden's waterfront.

"It's coming, but it's real slow,' Sadler said of the waterfront. "It's not something that just happens.'

Cappelli said that the county wants to preserve the stadium as an entertainment or athletic facility, but also notes that the development increases the value of the land if the county needs to sell it.

"We think that enhances the waterfront,' he said. "I think in the worst case scenario we sell the property. We're quite confident the property would cover the amount that we paid to purchase it. With a billion dollars in investment taking place immediately around it, the value of the land has risen dramatically.'