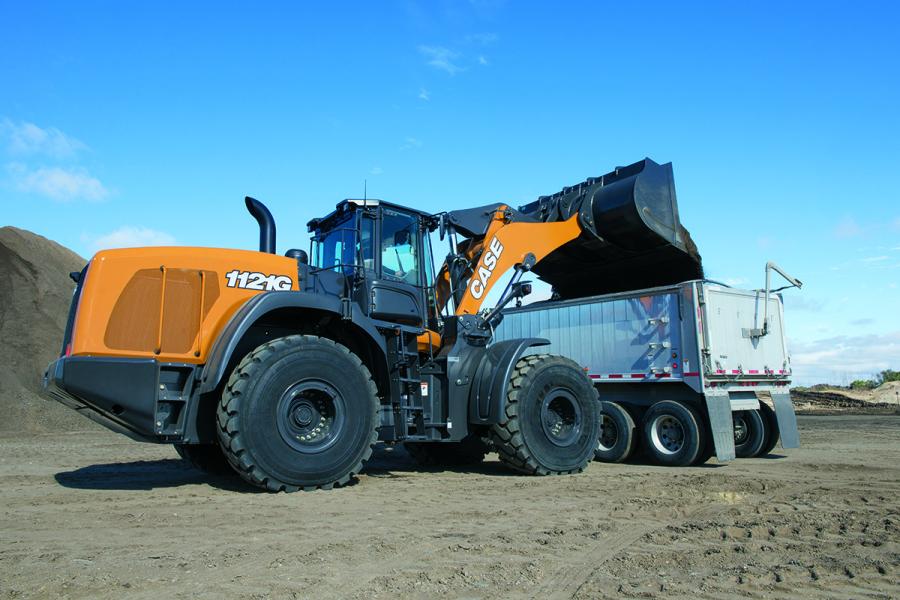 Case Construction Equipment introduced the 4-wheel drive W9 in 1958. Today the company offers a full range of compact and full-sized wheel loaders for everything from road construction to supply yards and quarries.

Case Construction Equipment will celebrate its 60th anniversary of wheel loader production with a variety of promotions and activities throughout the year. The activities started at World of Concrete 2018 where the first 500 people who visited the Case booth (C5748) received a commemorative Case t-shirt celebrating the milestone.

The W series grew through the 1960's and 1970s, including the mammoth 15-ton W26 articulated loader, introduced in 1968. It was the largest wheel loader offered at the time, boasting a 3-yard standard bucket. The 4-yard W36 arrived in 1977. The W series loaders all featured cabs mounted on the front half of the machine.

With the introduction of Model 621 in 1987, the entire Case loader line graduated into the 21 Series, a more rugged design that featured modern rear-mounted cabs. The 21 Series models were developed under a new streamlined, cross-functional, concurrent process that became the guide for the rest of the company as it moved into the 21st century. Major innovations in productivity, serviceability and operator comfort continued into the new century, and this product line represented the first heavy earthmoving equipment to deploy selective catalytic reduction (SCR) emissions technology with the F Series. Several new models were added to the 21 Series, including a new line of compact wheel loaders.

"The wheel loader is an iconic piece of the Case lineup dating back to 1958, bridging the construction and agricultural industries that Case has most proudly served for generations," said Scott Harris, vice president — North America, Case Construction Equipment.

"These machines have come a long way since the original rigid-frame models built in our Racine tractor plant, and more than ever reflect the practical innovation Case builds into its equipment to maximize performance and dependability."

The latest wheel loader offering from Case — The G Series — span 141 to 347 hp, with bucket capacities ranging from 2.1 to 6.25 cu. yds. In the short time since their introduction, the G-Series have won several awards, including the prestigious Good Design Award in the Industrial Category from the Chicago Athenaeum: Museum of Architecture and Design and The European Centre for Architecture Art Design and Urban Studies, and top new product recognitions from industry publications.

The full-sized G Series line is complemented by the compact F Series line, which features models ranging from 58 to 74 hp and 0.92 up to 1.3 cu. yds.