Tiltrotator manufacturer Engcon is an important part of the world's first Cat 330 Next Gen that has been combined both with a front blade and tiltrotator. 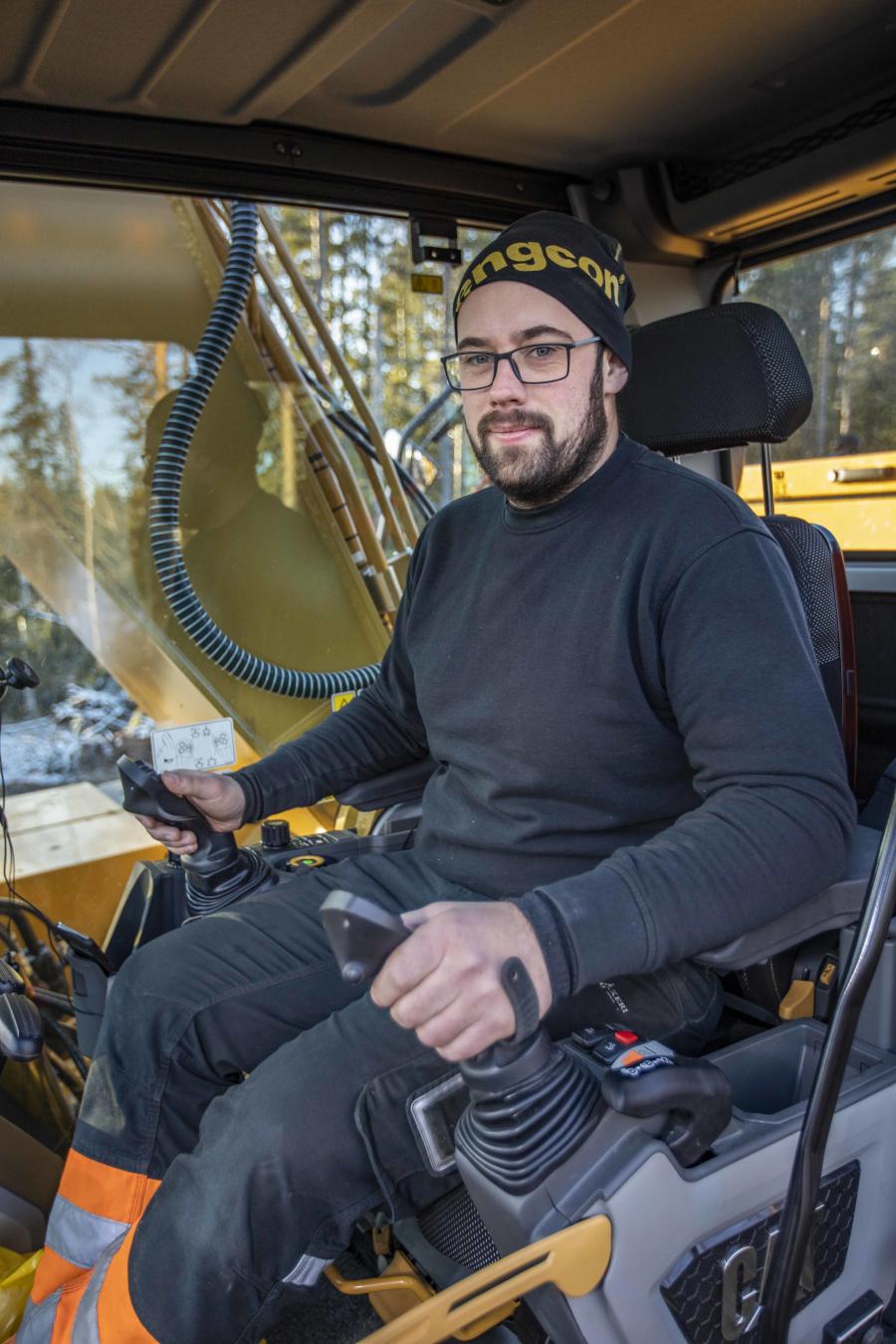 Behind the controls of this unique excavator is Kristoffer Westman of Sundbergs Åkeri, a Swedish plant and trucking company.

Behind the controls of this unique excavator is Kristoffer Westman from Sundbergs Åkeri, a Swedish plant and trucking company. He puts the excavator to work on constructing a forest road, making use of the greater flexibility and efficiency the combination of the front blade and tiltrotator bring.

At the end of 2018, Caterpillar launched the next generation excavators in the 30-ton class — 330 and 330 GC. When Sundbergs Åkeri chose equipment for its newly acquired Cat 330 Next Gen in early 2019, among other things, a tiltrotator and grading bucket from Engcon were chosen.

Together with a custom-built excavator blade from Nyströms Verkstadsservice in Edsbro, Sundbergs Åkeri now has a one of a kind excavator that delivers significant improvements in efficiency with the company's road construction work.

"From just scooping up material which I then have leveling with the bucket, I can now plan where to place the material with the front blade. This means that I now roll the material in front of the blade, which results in larger stones falling to the bottom and finer material settling on the surface. It also makes the road easier to adjust before graveling," said Westman.

Up until now, when building forest roads it has been uncommon to use an excavator with a tiltrotator, but for Westman it has so far brought only benefits, especially in combination with the front blade. 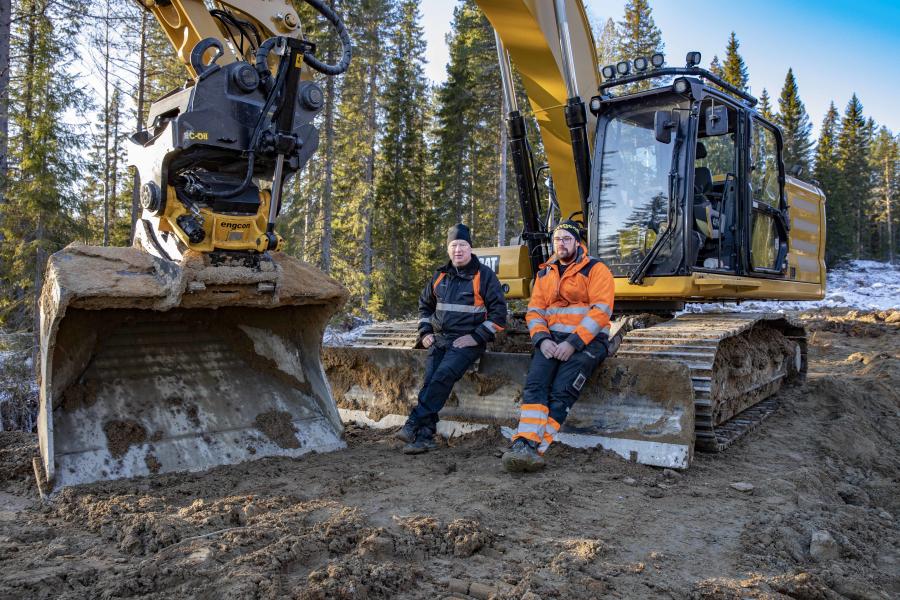 Anders Sundberg (L) and Kristoffer Westman, both of Sundbergs Åkeri.

"I haven't driven more than a couple of hundred hours, but this is how an excavator should be. The tiltrotator complements the front blade very well as I can use it to rotate the grading bucket to a position where it acts as a wing along the front blade. That way I can either steer in or out of the ground from the embankment," said Westman.

"Thanks to EC-Oil, it only takes 10 seconds for me to hang the tiltrotator and switch to the tooth bucket in case I need extra breaking power. This without me even having to leave the cab to connect some hoses," Westman said.

The new excavator currently is being used in the construction of a new forest road west of Örnsköldsvik in northern Sweden. The front blade is controlled via Engcon's proportional joysticks MIG2, which means that Westman does not need to change the grip to dig or excavate. The control of the tracks also is connected to Engcon's control system DC2. 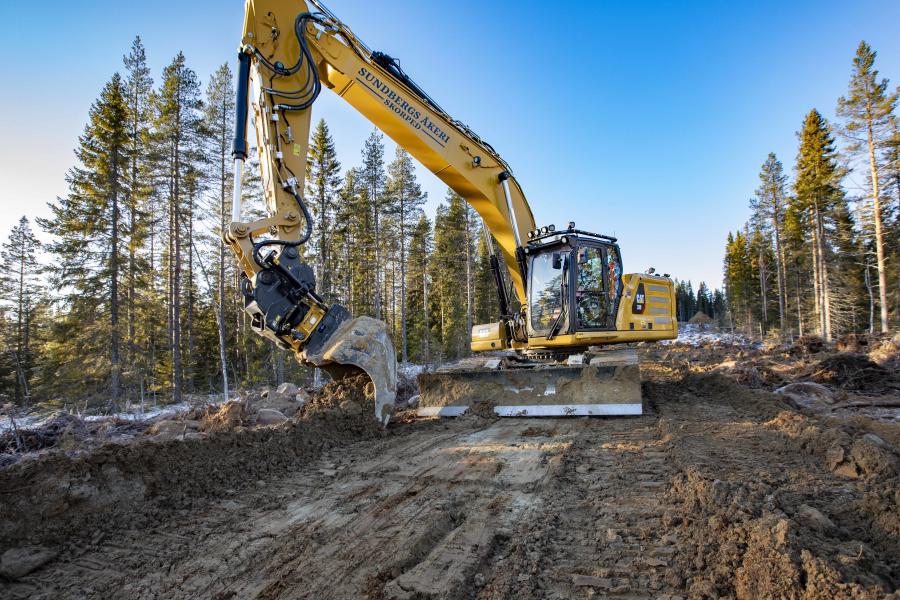