Showing appreciation to Chicagoland customers and attracting prospects to the brick-'n'-mortar store at Contractors Equipment Rentals was as easy as throwing charcoal and brats on a rented grill, said the company's owner, Robert Sloan.

To further fan the flames of interest from invited municipalities — while at the same time shrinking the out-of-pocket costs — Sloan partnered with The Sandbagger owner Tim Vandergrift, whose office is half a mile down a frontage road from Sloan's Elmhurst, Ill.-based rental facility.

"It's been terrific to welcome so many of our loyal customers and several new prospects who came out to see us today," said Sloan. "Cook it, and they will come! And they did!

"This day gave us the chance to say, ‘Thank you for your business,' but also to show many contractors and city workers from all over the Chicago suburbs and the city of Chicago my new lineup of Yanmar mini-excavators, plus a spruced-up display of rollers, skid steers, trenchers, telehandlers, pumps and everything else I wanted them to see."

Approximately 75 contractors, landscapers and public works officials and workers dropped in for a hearty grilled lunch, friendly conversation and onsite demos of two products the hosts were eager to introduce to their guests.

As the new distributor for AquaPatch — a super-fast, water-activated and uniquely curing asphalt pothole repair solution — CE Rentals, together with Sloan's manufacturing rep, Marion Watson, did several demos of the easy four-step, instant fix that a single worker can use on streets and highways as well as on paved park and golf course trails.

Then, Vandergrift from The Sandbagger captivated visitors with something they'd never seen: firsthand demos of a machine that turbo-accelerates the sandbagging task for construction, public works and military applications, showing the efficient way to get hundreds of sandbags cranked out in a hurry.

"We had an absolutely perfect, sunny fall day for this open house, and everyone responded with a lot of awe and interest in what we showed them here," said Vandergrift. "Four e-mail invites and some phone followups netted a very gratifying turnout.

"There's no substitute for face-to-face now and then to get people captivated for just a little while in the things that can change how they work." 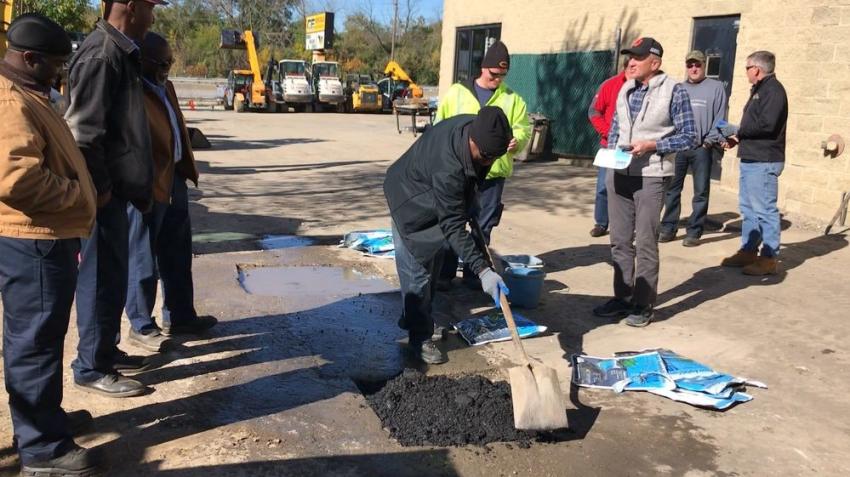 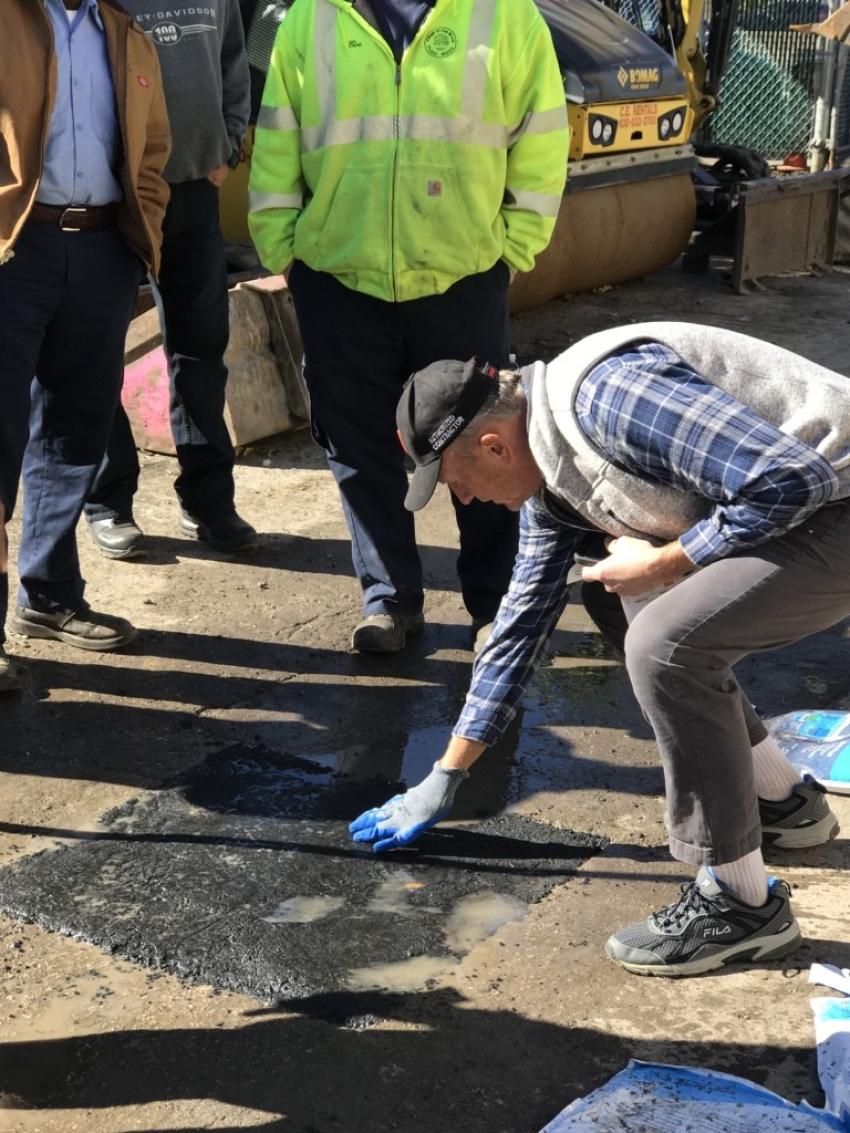 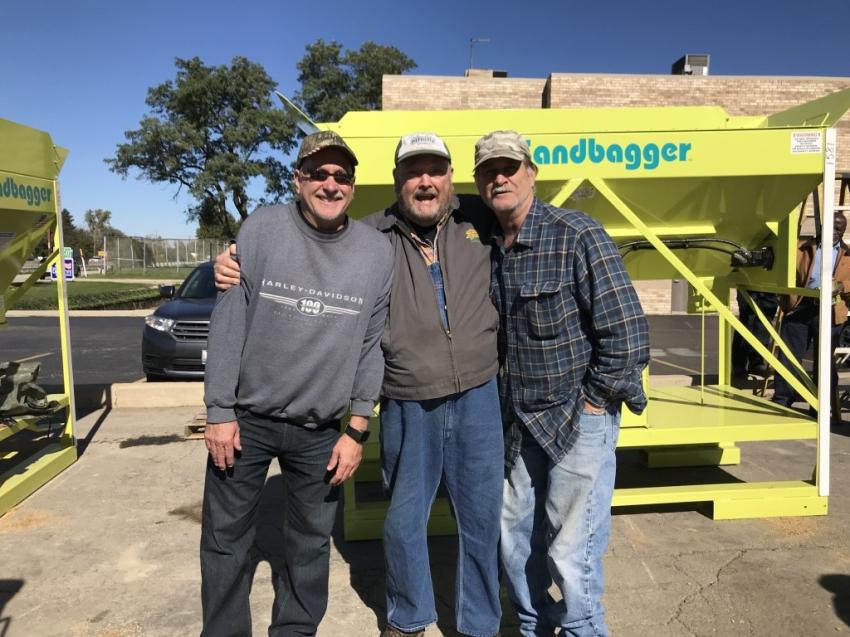 Charlie Anderson (C), Andy’s Landscaping, gives The Sandbagger’s Tim Vandergrift (L) and longtime pal Roger Hoegarden, Hoegarden Excavating, a jovial embrace for the camera after seeing what The Sandbagger machine can do for contractors.. 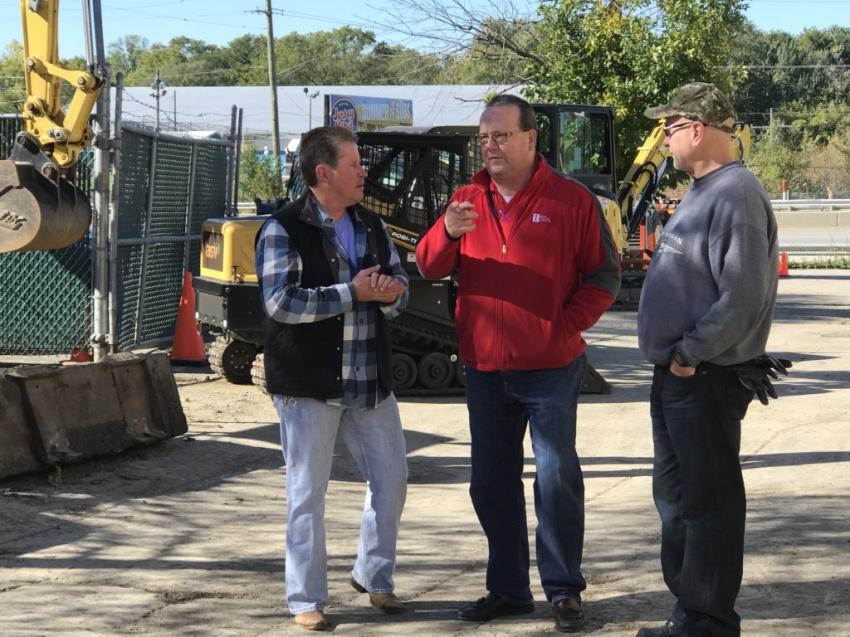 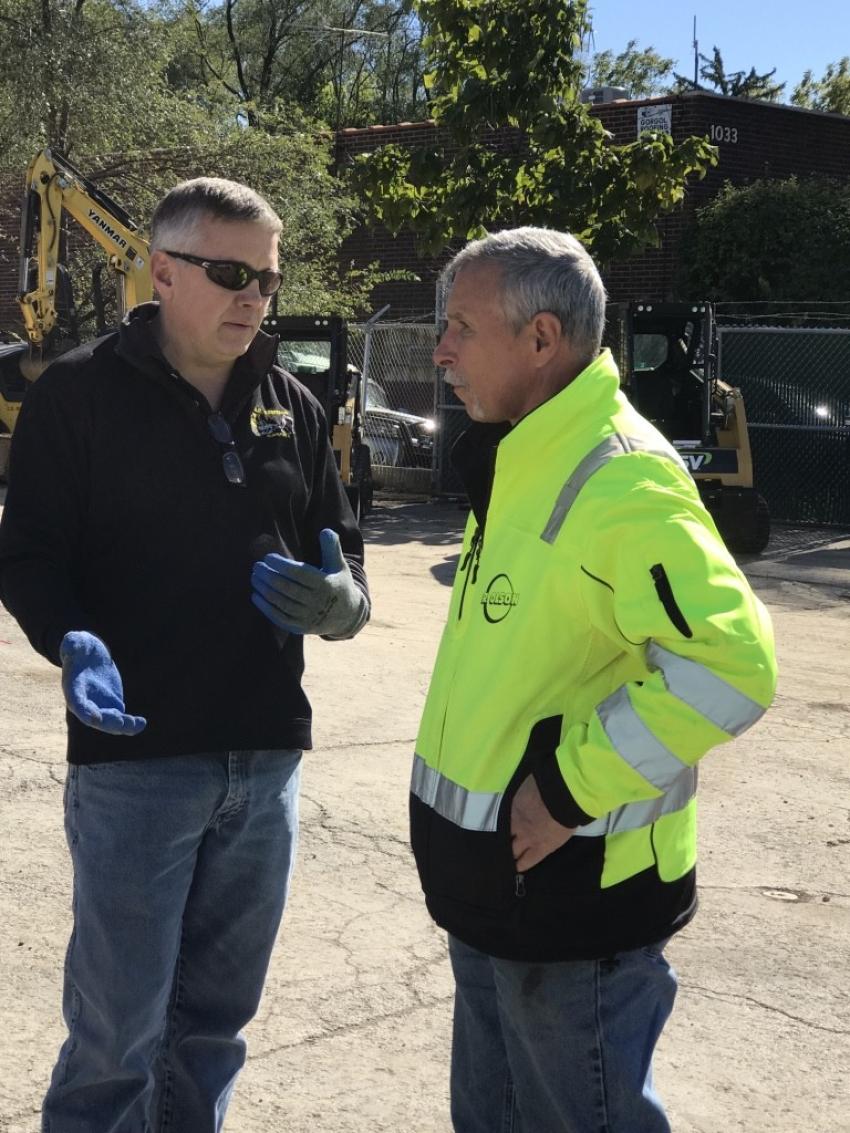 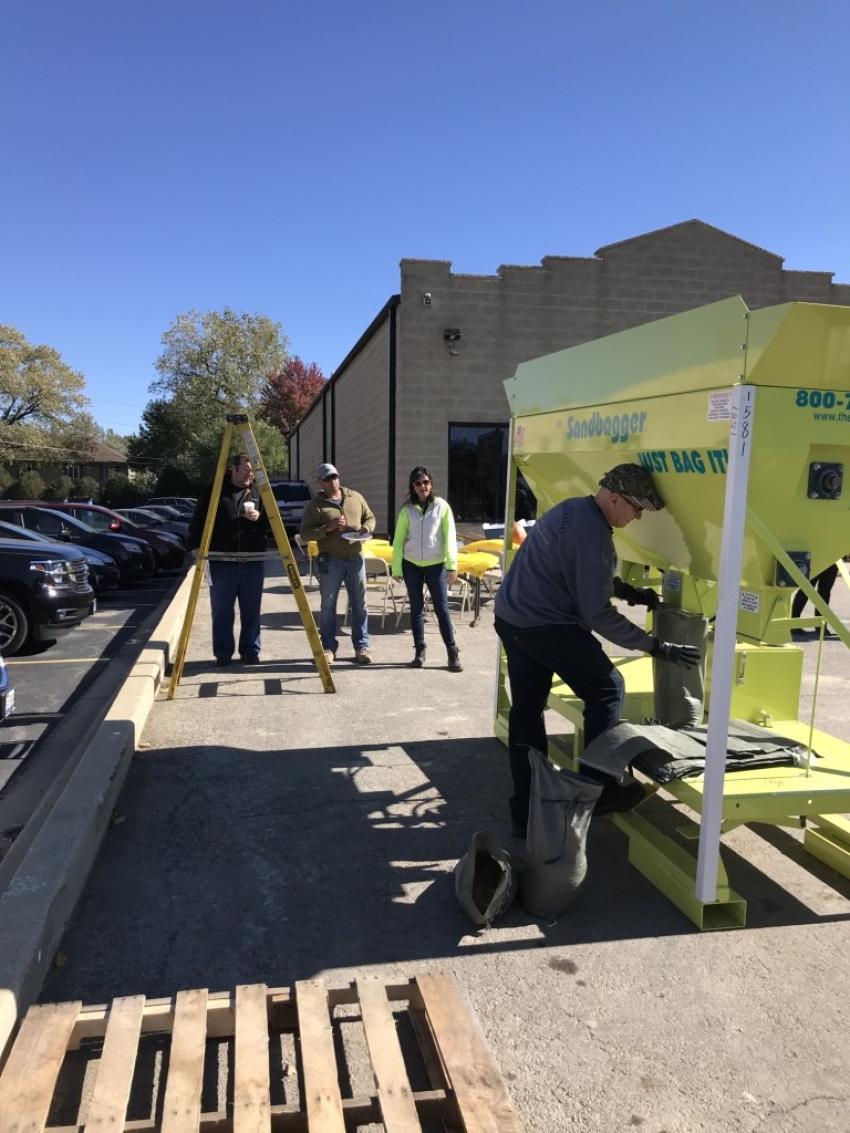 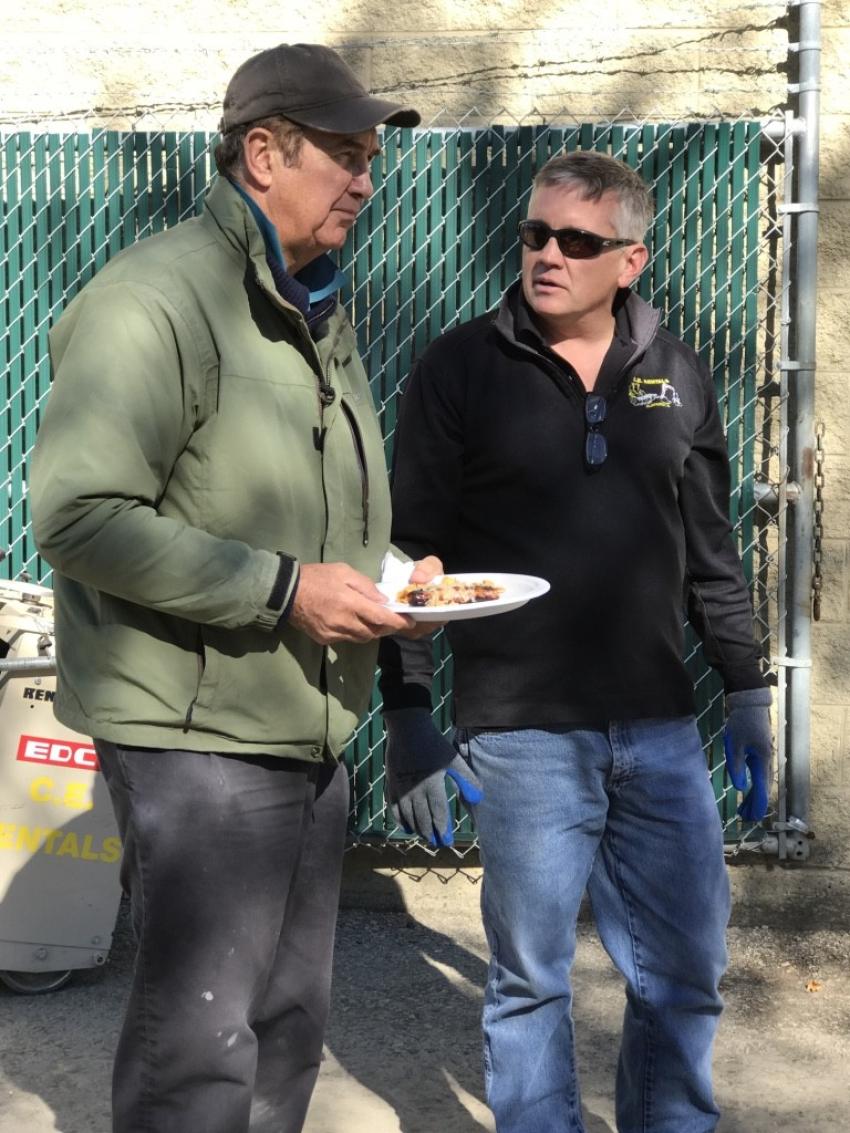