The CR662RM can be used on all paving lifts, including the critical base layer, to virtually eliminate all forms of material and thermal segregation. 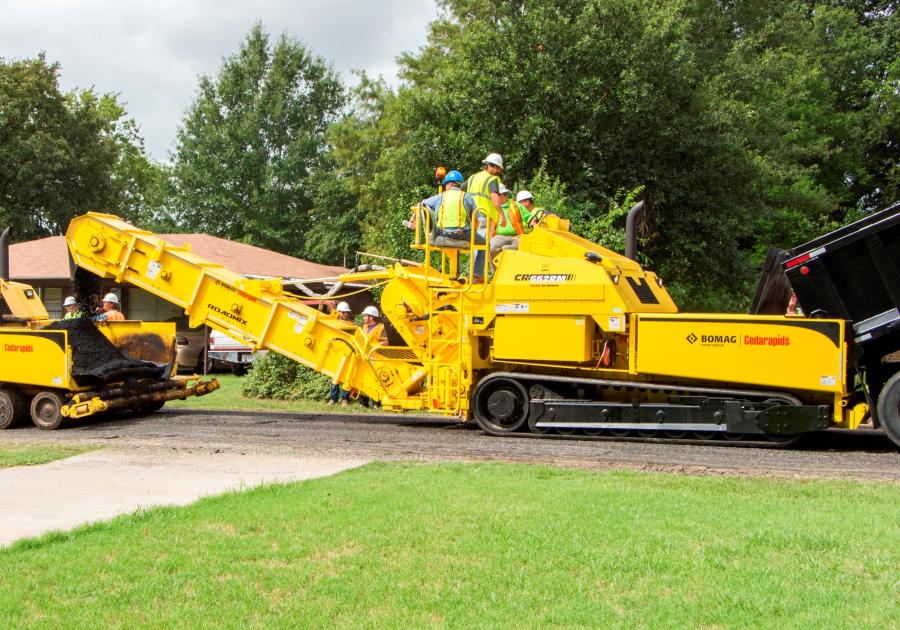 Boasting a low, 21-psi fully loaded ground contact pressure, the CR662RM can be used on all paving lifts, including the critical base layer, to virtually eliminate all forms of material and thermal segregation.

The rubber track Cedarapids CR662RM RoadMix from BOMAG features a new 260 hp (191 kW) Tier IV Final Cummins diesel engine that delivers the power needed for high production applications. Boasting a low, 21-psi fully loaded ground contact pressure, the CR662RM can be used on all paving lifts, including the critical base layer, to virtually eliminate all forms of material and thermal segregation. Unlike MTVs with empty wheel loads in excess of 75 psi, the low-psi rubber track RoadMix machine does not cause rutting on the base layer, can cross bridges fully loaded and is transported to the job site like a 10-ft. (3 m) paver, so contractors can finish mainline and airport paving applications quickly, efficiently and with high mat quality, according to the manufacturer.

Replacing the traditional in-hopper slat delivery system, the improved Remix anti-segregation system delivery augers now feature hard-faced back sides to significantly increase wear life. The two sets of two variable-pitch, counter-rotating augers uniformly draw down material from inside the hopper to aggressively remix 100 percent of the asphalt to combat segregation at the job site. Auger pitch spacing transitions from 10 in. (25.4 cm) at the front of the hopper to 12 in. (30.5 cm) at the rear to quickly channel material to the transfer conveyor or screed. This design results in throughput capacities in excess of 600 tph (500 t) whether equipped as a paver or MTV.

Whereas most MTVs sit idly by more than 75 percent of the time, the unique CR662RM RoadMix design substantially improves a contractor's return on investment. In less than 4 hours, crew members can quickly remove the rear conveyor assembly used for transferring material from the tractor and replace it with the screed assembly, according to the manufacturer.

“If necessary, a contractor could pave with the RoadMix in the morning and use it as an MTV in the afternoon,” said Henry Polk, product marketing manager — paving products of BOMAG. “This is one machine that will rarely sit in a contractor's yard.”

Smartrac technology extends the CR662RM RoadMix's track life, warranted for 3 years/3,000 hours. Oscillating bogie wheel assemblies combine with the system's frictionally driven rubber tracks to automatically apply the correct tension to the track, regardless of traveling in forward or reverse. The self-tensioning system does not over tension the track, significantly prolonging track life, according to the manufacturer.

When equipped as an MTV, the CR662RM's 30-in. (76.2 cm) wide conveyor offers a discharge height of 73.2 to 115.8 in. (186 to 295 cm) for non-contact paving and swivels 55° left or right of center for off-set paving. For mainline paving, the CR662RM can be equipped with either the Stretch 20 or Fastach 10 screed and is capable of paving at widths reaching up to 30 ft. (9.1 m). Two independently controlled, variable-speed outboard drive motors eliminate the need for the spread auger center gearbox drive to reduce the occurrence of centerline segregation.