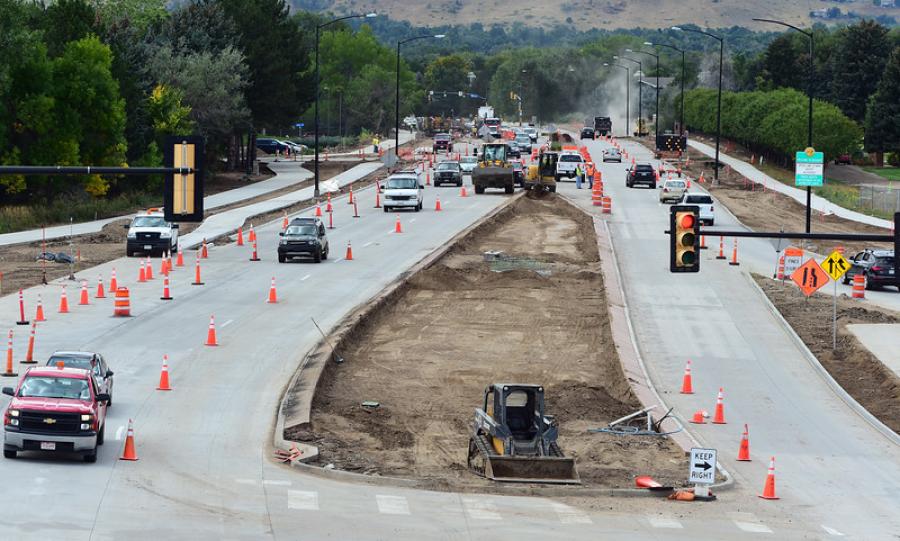 U.S. DOT has had the INFRA project applications in hand since it closed the grant requests Nov. 2, but Chao said it had to first handle the separate $500 million in 2017 TIGER grants.

The department has had the INFRA project applications in hand since it closed the grant requests Nov. 2, but Chao said it had to first handle the separate $500 million in 2017 TIGER grants.

Chao told the House Transportation and Infrastructure Committee that while the department was notifying lawmakers this week about its selections for those TIGER grants – which can cover a wide range of projects across various travel modes – the same USDOT office that first processed those TIGER applications could now turn to the INFRA applications and start sorting through them.

"They have to do the TIGER grants first, and then they can turn to INFRA," she said.

Congress in its five-year Fixing America's Surface Transportation Act in 2015 created a new grant program within the Highway Trust Fund for highway and multimodal projects of regional and national significance, with an emphasis on those that aid economic vitality by improving the flow of goods in freight corridors.

The Obama administration had cast the program as "Fastlane" grants and awarded the initial round in 2016, then took applications for the 2017 round but did not award them before the new administration took office.

Under President Trump, the U.S. DOT decided to split the 2017 round, first awarding nearly $79 million of it to 10 small freight-related projects around the country, but holding back about $710 million for larger projects to pair with the 2018 grant round under a recast structure.

Now calling the program "Infrastructure For Rebuilding America" or INFRA, the USDOT said last June that it would award an estimated $1.56 billion in 2017 and 2018 competitive grants partly on the basis of how much the local or regional sponsors provide in funding in order to maximum the leverage of federal dollars.

It announced a notice of funding opportunity July 5 for the combined grant rounds, and took applications Aug. 1 through Nov. 2.

Chao's timeline means it will have been nearly a year from when the USDOT announced its INFRA plans until it awards the money, and that the grants will arrive too late for state DOTs and other sponsors to factor them into the start of the 2018 construction season this spring.

The American Association of State Highway and Transportation Officials recently cited the USDOT's lengthy grant process in a letter to Congress, urging appropriators to provide any additional infrastructure funds for fiscal 2018 through fast-disbursing highway and transit formula programs, since grants mean federal officials decide where to spend the money and only after considerable delays.