Officials warned residents not to believe the tales of “making a great fortune overnight” despite a $45,000 find. 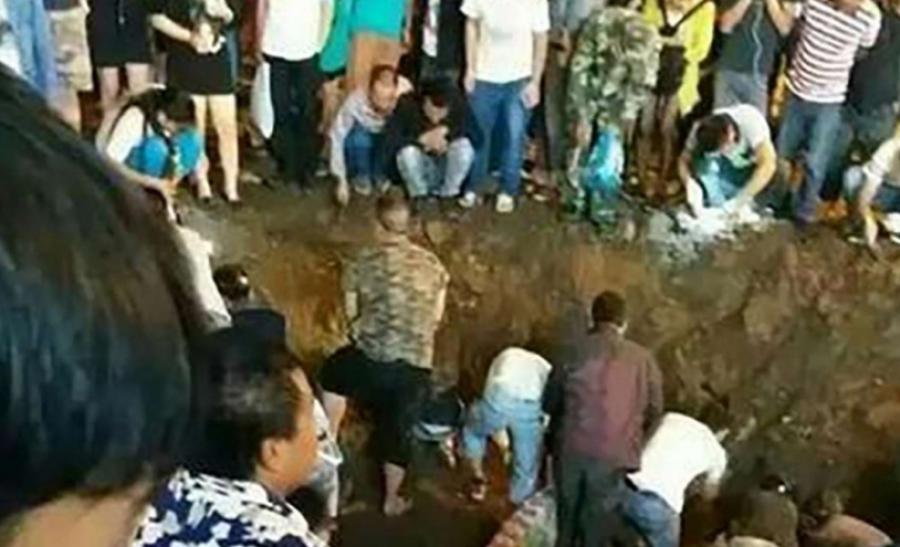 The South China Morning Post is reporting that residents of a southwestern Chinese city known for its rich jadeite resources have been mining construction sites for the gemstones despite authorities urging them against dreaming of making a fortune overnight.

The small laid-back city of Tengchong in Yunnan province has 600 years' history of jadeite processing and is a centre for jadeite trade in Southeast Asia, China News Service reported.

Not all the gemstones were recovered during jadeite processing and thus each time the city digs up a site, residents also dig to find jadeite.

Guang Hua Road went through reconstruction on September 26, sparking a digging frenzy among residents with some even entering the construction site in the hope of discovering the precious gem, according to the report.

Rumours spread on instant messaging app WeChat that someone had found a valuable piece of jadeite worth about 39,000 yuan (HK $45,000).

“We Tengchong residents feel attached to jadeite,” a resident told a reporter. “And we believe that if you dig deep enough, you can definitely discover some.”

He said he found a piece of jadeite at the Guang Hua Road construction site that was estimated to be worth 10,000 yuan, according to the report.

They warned residents not to believe the tales of “making a great fortune overnight”, the report said.