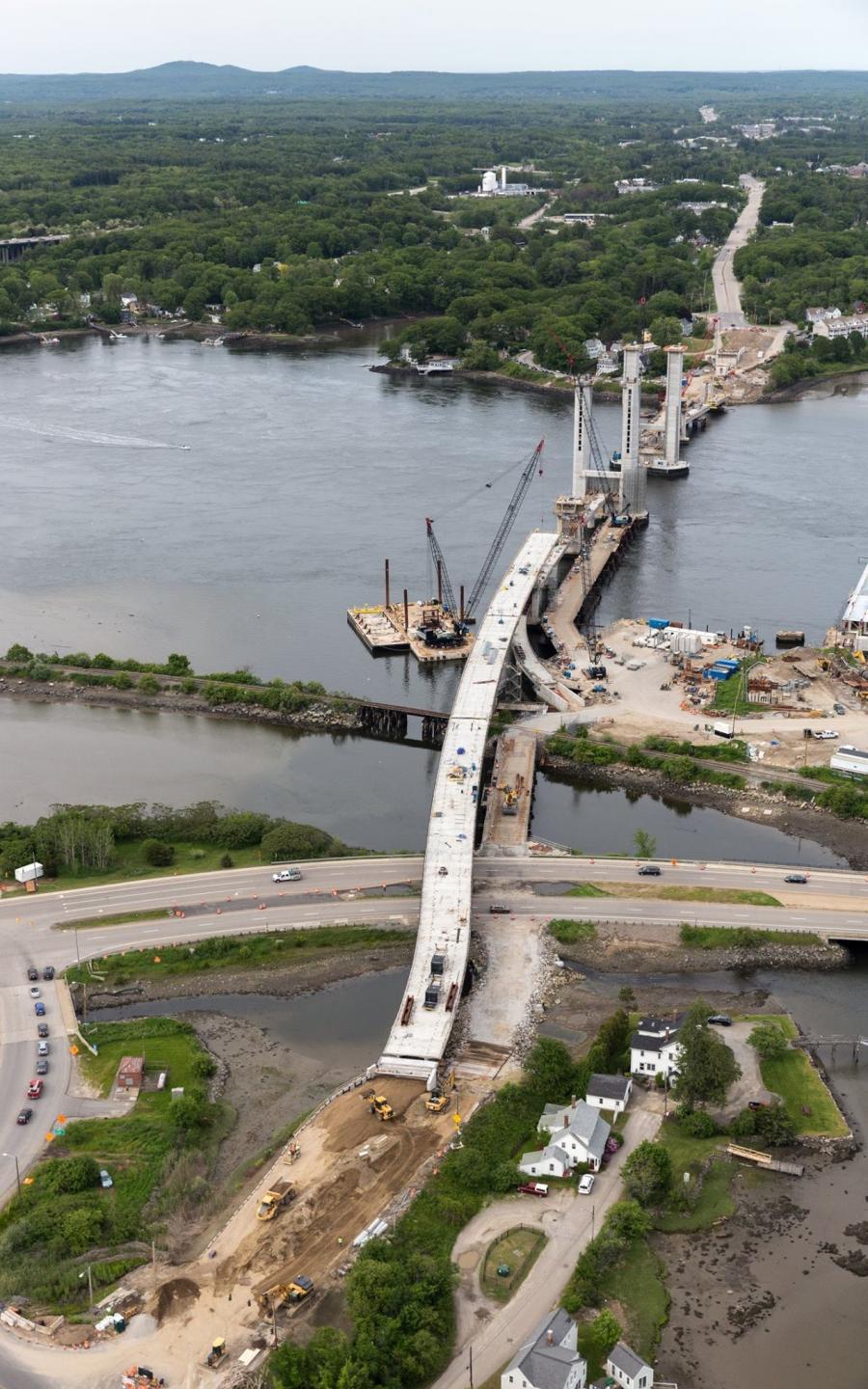 The original plan was to celebrate the Sarah Mildred Long Bridge Replacement team's remarkable safety performance when the Cianbro safety hours tally reached 900 work days and 400,000 hours without an OSHA recordable injury. By the time the hard working Cianbro team was able to take a brief time-out for a celebration, they had racked up an additional two months' worth of safe work days. So, on June 2, the team settled down to a celebratory lobster bake commemorating 960 work days and 440,000 work hours without an OSHA recordable injury.

The safety feat encompasses the full duration of the massive Sarah Long project. The effort to replace the old Sarah Long Bridge began with mobilization to the job site in October of 2014. Throughout the months since then, the Cianbro team has remained injury free, despite the tremendous hazards that are inherent in a project of this scope, and the large workforce that is necessary to have a hand on the work.

Cianbro Safety Manager Mike Franck said the biggest part of the team's success springs from the expectation that was agreed upon by every team member from the start: Everybody would have each other's back.

“And I think what is happening now is people are really identifying the hazards out in the field,” said Franck. “They're letting their team members know if their face shield is not down or if they don't have their safety glasses on. People are taking ownership of their safety.

“It's not just about policies and procedures, it's about how they're going to take ownership of the next move they make: 'Will it be just following the policies, or am I going to say from point A to point B, I'm going to watch out for every hazard or anything that happens on the job, whether it's moving equipment, overhead loads, whatever.' We're making sure to have that situational awareness all the time while we're on the project.”

Senior Project Manager Kaven Philbrook added that Cianbro's safety performance is especially significant because of the hazardous nature of the work.

“We have thousands of crane picks that are maximum capacity picks,” said Philbrook, who mentioned a task that Infrastructure Vice President Keith Anderson has held up as an example of Cianbro safety in action, in the midst of heavy and complicated operations.

“We installed over a million pounds of steel in two different counterweight boxes at the bridge. Over two hundred picks from the ground to 200 feet in the air — each pick, although not heavy compared to the other lifts we do every day, presented a risk in itself. By focusing on every detail and not getting complacent the team completed the task safely. We have another two hundred plates to go and will no doubt accomplish the balance of the operation safely by continuing to do what the team has done from the beginning and that is communicate and look out for each other.”

The team currently is sprinting down the home stretch toward a fall completion date. The stunning visual impact of the new bridge has inspired positive comments from increasing numbers of local citizens, according to Cianbro team members. Still, the safety accomplishment ranks high upon the team's priority list.