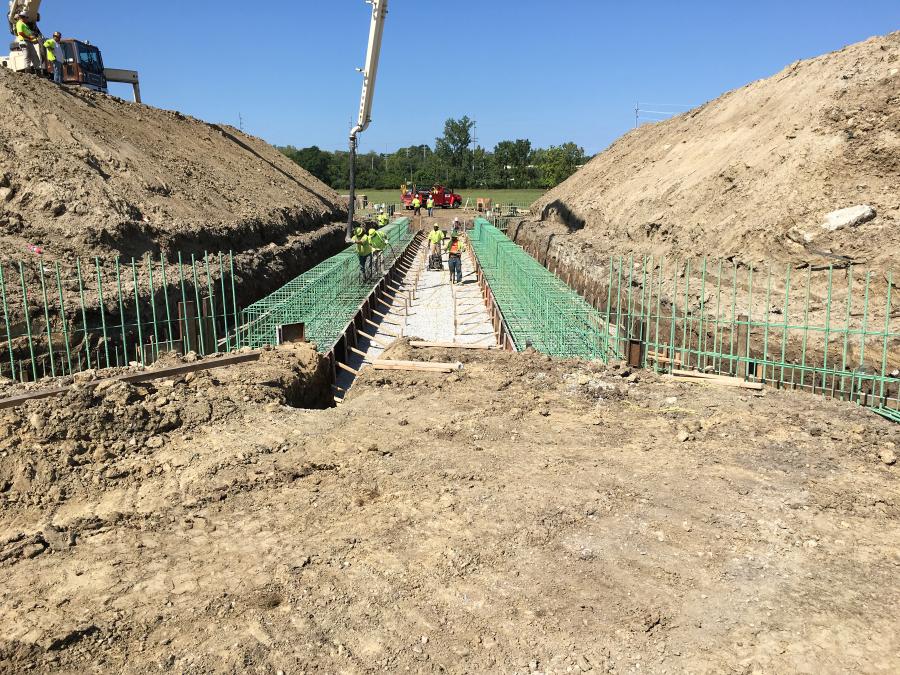 Only a few contracts remain to be completed in the Ohio Department of Transportation's 11-phase I-75 Mill Creek Expressway project in Greater Cincinnati, an initiative started in April 2010 and valued at between $550 million and $650 million.

The project is resurfacing and adding lanes to I-75 between the Paddock Road interchange and the Western Hills Viaduct and also includes improvements to the interchanges at Hopple Street, I-74, Mitchell Avenue, Norwood Lateral and Paddock Road — a stretch of approximately 8 mi.

Currently, the only ongoing projects are in Phase 5A and Phase 8A.

Phase 5A is an $86.9 million contract that was awarded to Walsh Construction at the end of June 2018. The general contractor started the work September 2018 and should be finished the job by September 2022. 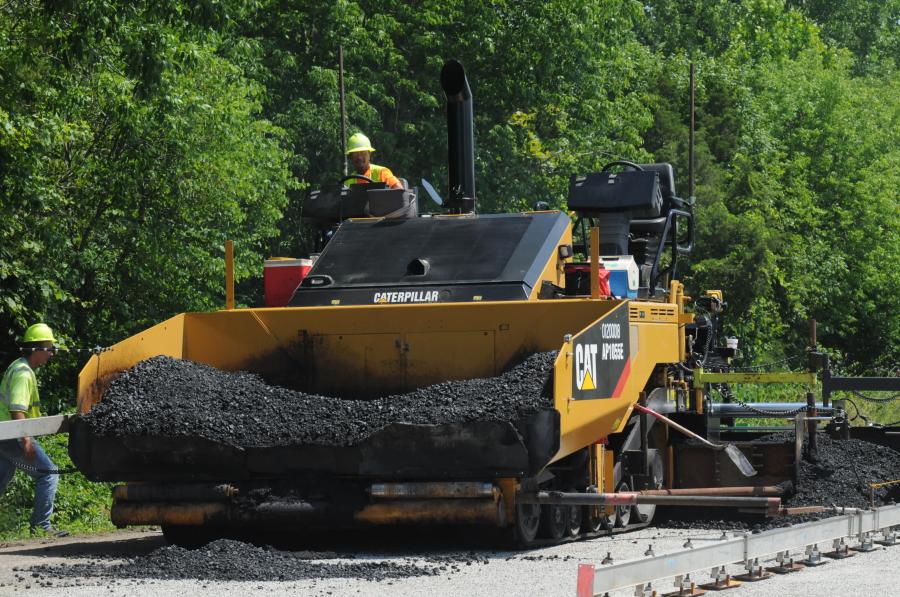 The design-build project has crews widening 2-mi. of southbound I-75 from three to four lanes, in addition to resurfacing it; connecting the highway to the improvements from Hopple and Mitchell street projects; and reconfiguring the ramps from I-74 eastbound to I-75, as well as redoing some of the bridge deck on eastbound I-74 over Beekman Street and Elmore, constructing some retaining walls along 1-75 and completing additional improvements to the connection of I-74 EB to I-75.

Phase 8A is a $7.5 million contract awarded to The Great Lakes Construction Company as a major subcontractor in early June 2017. Work on this phase began at the end of September 2017 and is expected to be completed at the end of June.

This phase will replace the Seymour Avenue and Paddock Road bridges over I-75. The work on Phase 8A is occurring in preparation for future mainline I-75 construction that will be included in Phase 8 of the Mill Creek Expressway group of projects.

"These two phases continue ODOT's efforts to improve safety and traffic flow along the I-75 corridor in southwest Ohio," said ODOT District 8 Communications Manager Brian Cunningham. "Nearly 75 percent of the Mill Creek projects replace existing pavement that was deteriorating. The lane addition and interchange work help to address growing congestion levels and choke points on I-75 in this area of Greater Cincinnati."

American StructurePoint and Prime AE designed the infrastructure plan for Phase 5A and Evans, Mechwart, Hambleton and Tilton Inc. was the design consultant for Phase 8A. Daily traffic on I-75 in greater Cincinnati ranges from 100,000 to 150,000, and daily traffic on I-74 is 100,000 vehicles.

Chris Tuminello, ODOT's transportation engineer of the 5A project, noted that several utilities have to be relocated in the work zone.

"Duke Energy Transmission has some high voltage lines in the area and they're relocating and raising them for phase 5A and 5B," he said, noting that there are some engineering challenges in the design of the ramp from eastbound I-74 to the I-75 northbound bridge.

The expected lifespan of the new infrastructure is more than 20 years.

The four-year project is having an impact on traffic as areas are set aside for construction and movement of materials to and from the work site. Measures include scheduled closures of the I-75 South ramp to I-74 West and a detour that uses I-75 South to Hopple to I-74 West. 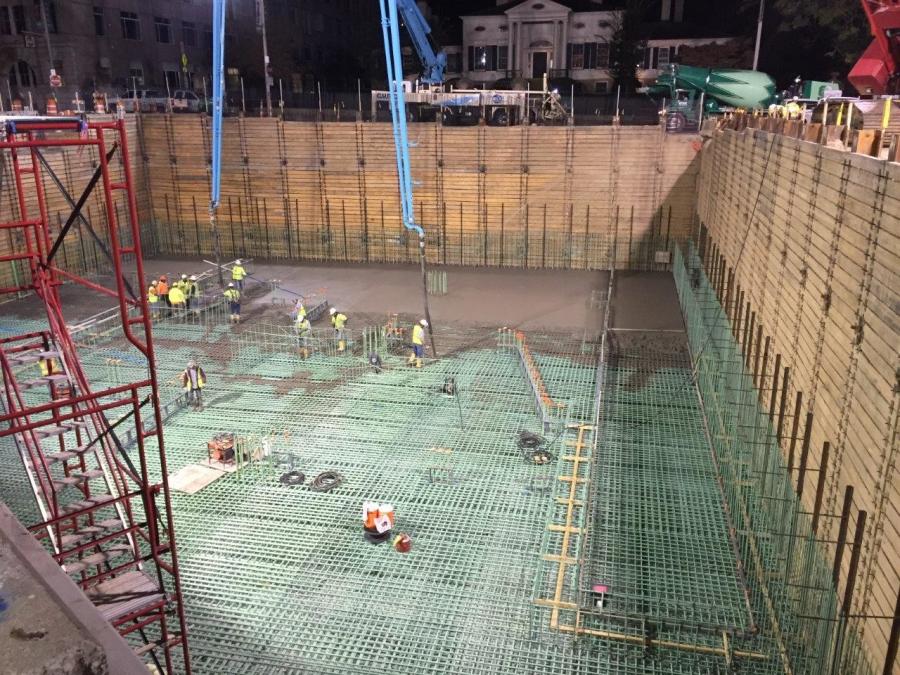 "Safety is a No. 1 priority on the ODOT and contractor sides," said Cunningham. "The future maintenance of traffic activities will involve a contra-flow lane, and that creates unique situation, but it also helps to improve safety."

In Phase 5A, Walsh Construction crews have completed various I-74 and I-75 lane and ramp closures for guardrail and pavement repair, as well as drainage work on the I-74 bridge by railroad tracks.

The 2019 construction season, which resumed in full force in mid-March, will focus on the I-74 bridges eastbound over Beekman and Elmore.

"We'll demolish and hopefully replace the decks on them, complete the new bridge from I-74 eastbound to I-75 northbound and work on the widening of I-75, which includes the retaining walls," Tuminello said.

Also planned is the shifting of one lane of eastbound I-74 into a contra-flow configuration to help with traffic management.

The 2019 construction season will focus on completing the project.

"A future challenge involves the demolition and reconstruction of a couple of I-74 eastbound bridges to I-75 northbound that span three railroad lines — one for Norfolk Southern and two for CSX — that the railroads have said are some of the heaviest used lines in the country," said Tuminello. "So we have to make sure we don't negatively impact the train traffic as work occurs on those bridges. There will be day and night shifts as there will be a substantial amount of work that gets done at night."

"With any job that you have in downtown Cincinnati, your space is limited," Tuminello said. "Walsh is planning on working through the winter. They can do demolition and activities that are not temperature sensitive.

"The relationship between ODOT and Walsh is extremely good and we resolve problems rapidly."

"The work is going well," said Tuminello. "We're probably 80 percent through complete design. Actual construction has barely started in the field, but it will be ramping up this year."

The reconstruction of the I-75 interchange is in the initial stage.

"The existing interchange is going to be maintained," said Tuminello. "Walsh is allowed to do closures on weekends and nights. They're building a new interchange and then they demolish the old one in order to maintain traffic."

The amounts of materials to be removed and brought in also are being studied.

"Walsh is in the process of figuring out where the materials to be removed are going as far as waste site and beneficial reuse," said Tuminello. "It is the same situation for lining up suppliers to bring in new materials. Not everything is in place with signed contracts.

Tuminello is being assisted on the project by personnel from Omni Pro Services.

"As long as you have good communications between the owner and the contractor, it sets you up for a successful project," he said.

"This project furthers the goal to improve the I-75 in the Cincinnati area, which is a part of a bigger upgrade to the I-75 corridor that includes Dayton, Lima, Findlay and Toledo," Cunningham added.