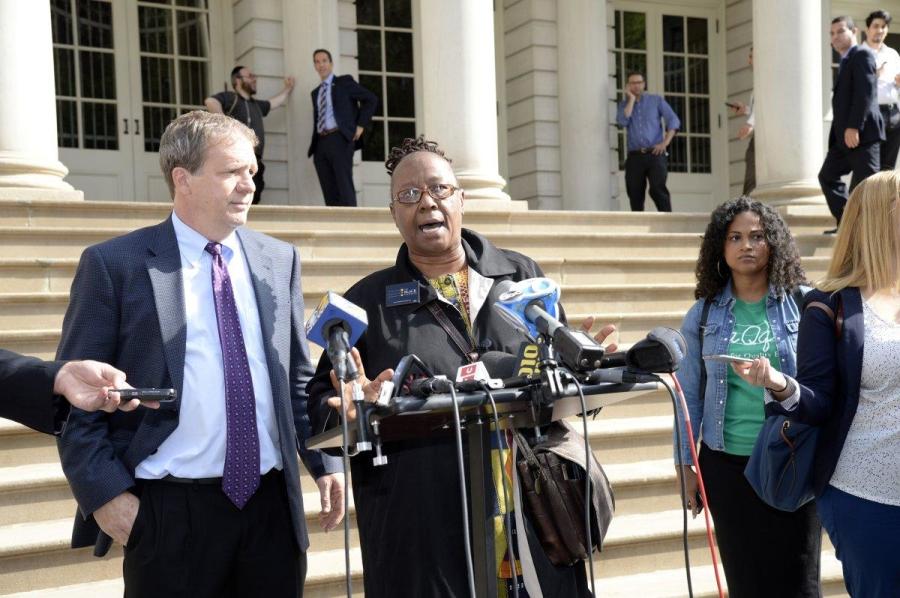 The NAACP and activist Bertha Lewis are slamming a bill being considered in the City Council Monday, which they say won't produce needed information about racial diversity at construction sites.

Hazel Dukes, president of the state NAACP, and Lewis, president of the Black Institute, are pushing to require construction projects that get city subsidies to disclose the race, gender and zip code of workers they employ, whether the workers are union or non-union, and how long they remain on the job.

The weaker bill the Council is considering instead only requires the city to make public data it already collects under a decades-old executive order, including projections of workforce size and demographics, rather than hard stats, they say.

“You just look anywhere in the city and construction is just booming, and our constituents tell us that they're not benefiting from these jobs,” Lewis said.

She and Dukes plan to testify against the bill at a hearing Monday. “We've just been resisted at every level,” Dukes said. “When I walk through Midtown I see buildings going up, I see African Americans or a woman waving a flag. Where are they in the trade unions, making prevailing wages, being able to support their family?”

As the Daily News previously reported, the NAACP has accused construction unions of misleading New Yorkers about diversity within their ranks, a charge the trades denied.

Councilman Robert Cornegy, the bill's sponsor, said he's aware of the concerns and may amend the bill to make it stronger, but wanted to get legislation moving.

“What we ultimately want to do is know the demographics,” said Cornegy (D-Brooklyn), who said he was told by the Department of Small Business Services that the data was available and just needed to be made public — but plans to grill them on exactly what they collect.

“We're not done with this bill,” he said. “We feel confident the bill will have the teeth it needs. “

For the original story from the New York Daily News, visit http://url.ie/11ni1.