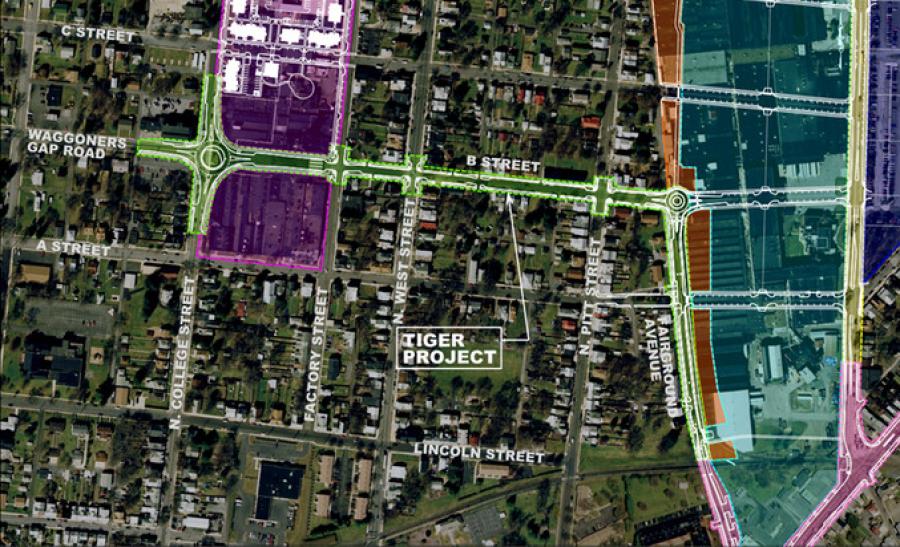 As part of Pennsylvania Gov. Tom Wolf's re-opening of the state amid the coronavirus pandemic, all 67 counties were to move through three phases, Red to Yellow to Green, before normal activities could start up again, including many construction projects.

On June 12, Cumberland County entered the "Green" phase, which allowed construction activities on several projects to resume the next week in the borough of Carlisle, just west of Harrisburg.

Rogele Inc., a heavy underground utility contractor located in Harrisburg, is the borough's contractor for the project and had begun pre-construction inspections shortly before the COVID-19 shutdown. With the resumption of work, the company began fieldwork on June 15.

The first activity is the installation of new water mains starting at the intersection of West Street and B Street. Rogele's plan is to have its crews work Monday through Friday from 7:00 a.m. until 3:30 pm., with a closure on each section of the street during those work hours.

In late June, replacement of pedestrian curb ramps to conform with current mobility and accessibility standards is planned to start on streets targeted for resurfacing during 2020. Most of these ramps will be replaced through a contract awarded recently by the Carlisle Borough Council following a competitive bidding process. Additional ramps will be replaced by borough personnel.

Carlisle also has restarted traffic signal improvements at the intersection of High and Orange Street Intersection following COVID-19-related delays, a job expected to be complete in early summer. The project is geared to not only replace the traffic signals but also address vehicle obstruction issues caused by the railroad overpass at the intersection. A left turn lane has already been added to the northbound approach in order to improve traffic flow.