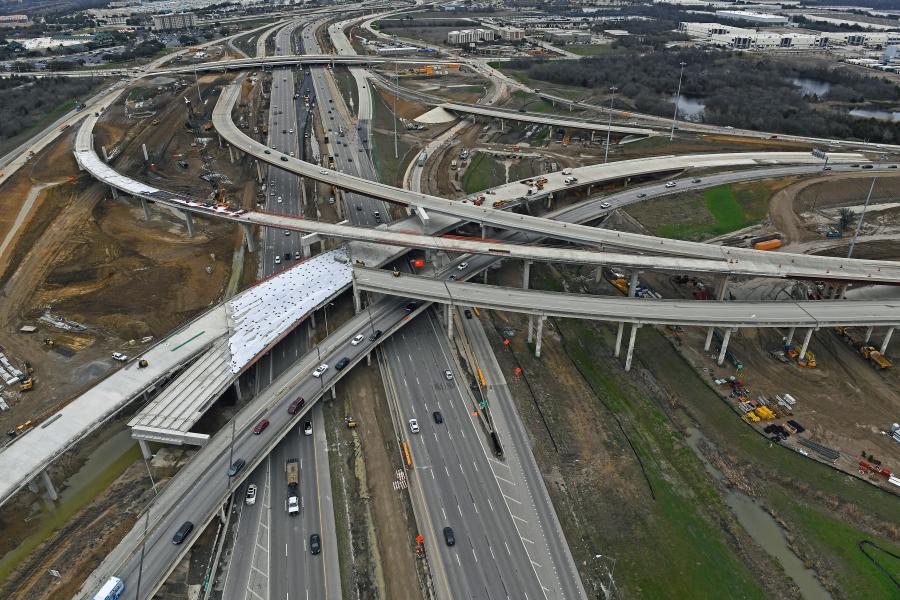 The second-most populous state in the country continues to grow by an average of 1,100 per day, with state demographers predicting that the populations in five metropolitan areas (Austin, Houston, Dallas, Ft. Worth and San Antonio) may double by 2050. These areas represent more than two-thirds of the state's total population and are the only metro areas in Texas with populations over 1 million. Approximately 97 percent of the state's most congested roads are found in these areas.

Because, according to the Texas A&M Transportation Institute, 93 percent of Texans rely on personal vehicles as primary means of transportation and drivers in these five regions are each losing, on average, about 52 hours and $1,200 annually due to traffic congestion, Gov. Greg Abbott challenged the Texas Transportation Commission and the Texas Department of Transportation in 2015 to "… create a focused initiative to identify and address the state's most congested chokepoints and work with transportation planners to get new roads built swiftly and effectively …"

Texas Department of Transportation is being proactive by taking measures to reduce traffic congestion. It began with the appointment of a task force charged with identifying the worst points of congestion and formulating a plan. TxDOT leaders then went on a listening tour to better understand the issues of concern.

The task force submitted a proposal of relief in 2016, which was approved by the Commission, who provided an initial $1.3 billion of new funding for congestion relief in the state's five largest metropolitan regions.

According to TxDOT, the initiative includes 14 projects, which adds up to more than 42 mi., including interchanges and flyovers, "for congestion relief at some of the state's worst chokepoints." The projects will be funded using two years of funding made available through legislative action to end the diversion highway money for other agencies' use. TxDOT predicts that the advancement of these projects to construction will produce an estimated cost savings of $438 million.

The Dallas-Ft. Worth area has seen extreme growth in the past few years. In order to keep up with it, said Maria Woodrow, public information assistant for NorthGate Constructors, a joint venture, roadway construction has become a necessity to help connect various sections of the cities. 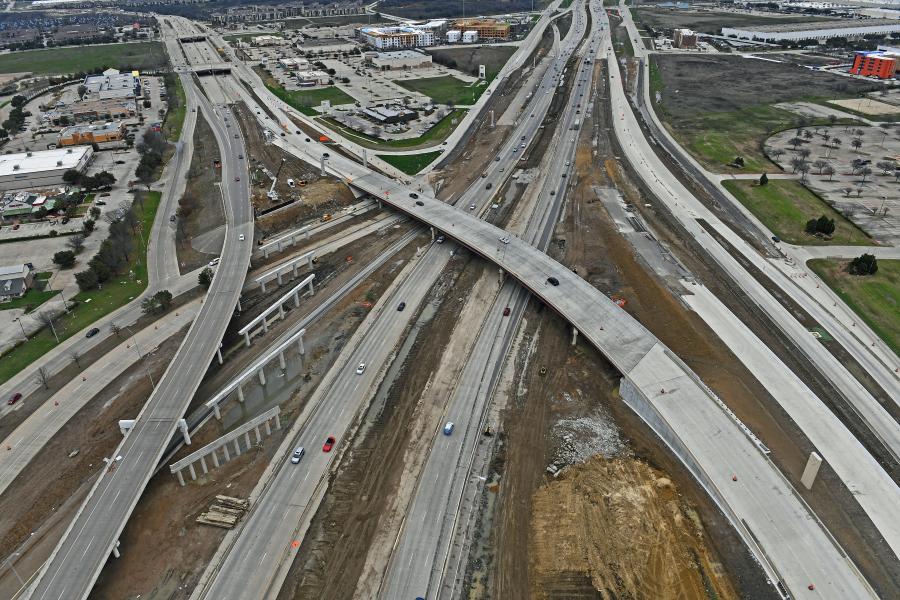 The DFW Connector project is part of the overall $3.8 billion Texas Clear Lanes. Positioned north of the airport, west of Dallas and east of Fort Worth, Woodrow explained that "this stretch of highway is where commuters are connected to and from all three major destinations."

The project is one of many funded through TxDOT's Texas Clear Lanes program addressing congestion relief, which Woodrow said is improving mobility in North Texas and across the state. "The various Texas Clear Lanes projects will improve drive times, reduce costs to Texas drivers and improve the community's quality of life. This initiative is provided by Governor Greg Abbott and the Texas Legislature through TxDOT to reduce gridlock in some of the state's most congested areas."

The 3-mi. project in Dallas-Ft. Worth, which began in July 2018, will reconstruct and widen State Highway 121 north of the Dallas/Fort Worth International Airport and increase connectivity between I-635, SH 121, SH 26 and FM 2499. The Bass Pro Drive bridge also will be widened and reconstructed along the frontage roads.

The project will improve safety as well by adding new auxiliary lanes that will move merging vehicles out of the SH 121 main lanes. In addition, the I-635/SH 121 Interchange project will widen direct connectors and frontage roads, as well as increase capacity along Bass Pro Drive.

According to TxDOT, the SH 121 interchanges at I-635 and FM 2499 were included in the initial DFW Connector project, but funds were not available at that time to deliver the entire scope. With the Texas Clear Lanes congestion relief funding, this portion of the original project can be delivered.

Working in a major metropolitan area creates numerous challenges for the crews. The biggest challenge, Woodrow said, is working in the middle of a congested interchange. "Moving materials, pouring concrete [and] setting lane closures, all while maintaining the flow of traffic for third-party vehicles, means all crew members always need to remain focused." To stay safe and focused requires insisting that planning is a top priority. She said NorthGate ensures daily plans, weekly plans, four-week plans and 120-day plans are integrated with all disciplines and crews.

"The grading, structures, paving, roadway, utility, roadway and drainage disciplines at NorthGate work every day to reach substantial completion in 2022," Woodrow said. In order to do this, traffic phasing and traffic switches are key for the completion of their work.

Throughout the entirety of the project, there will be 30 major traffic switches and 80 minor traffic switches, with roughly 265,000 linear ft. of temporary barriers throughout all these switches. To execute the work, NorthGate utilizes a variety of equipment, such as dozers, excavators, loaders, cranes, slipform pavers, articulated haul trucks and telehandlers, ranging in size. The Manitowoc 999 Crane with 275-ton capacity is the largest crane that NorthGate has used on the project.

"Projects like the SH 121 project will improve drive times, reduce costs and improve quality of life for our Texas drivers," Chairman J. Bruce Bugg Jr. said in a TxDOT press release. "Texas' legislative leadership and TxDOT's Transportation Commission are committed to reducing congestion. I am grateful to Senator Jane Nelson and Representative Giovanni Capriglione for their support in making these funds available."

The project is estimated for completion in 2022. CEG