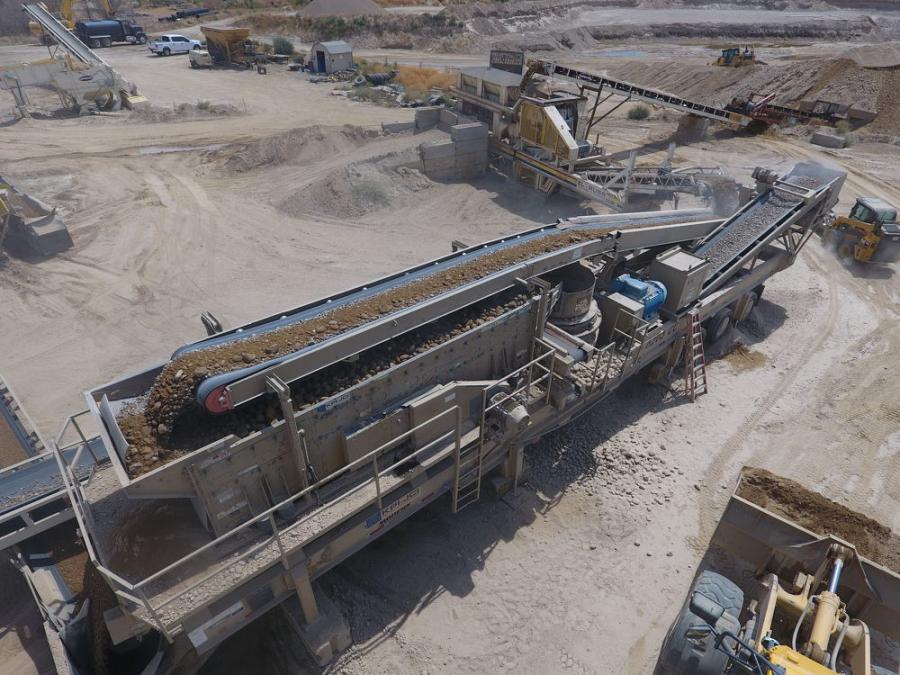 Superior Construction & Excavating recently added KPI-JCI equipment, including a Kodiak Plus K300+ cone crusher and a 6-by-20, triple-deck screen.

Before earning his high school diploma, Kelly Fulfer was an experienced operator and had chosen a career path in construction. As a teen, he worked part time for a contractor in the Boise area and was running a backhoe by the time he was a junior.

"During my senior year I had only a couple of classes, so I worked during the day, too," recalled Fulfer. "If the project was close to the school, I would just drive the backhoe between there and the jobsite." 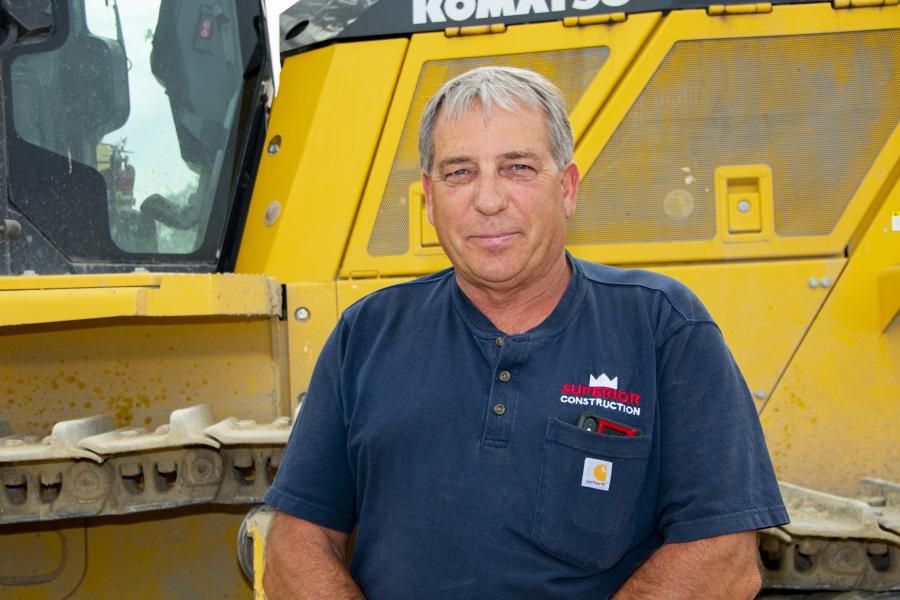 After graduating, Fulfer continued to work for the same company, building relationships with several area general contractors. Those contacts would pay off later, when he decided to start Superior Construction & Excavating in the mid-1980s.

"I spent a summer working in Alaska and made enough money to come back and buy my own backhoe," said Fulfer. "I bid my services to the contacts I had made, and they started offering me work. At first it was jobs such as digging crawlspaces for small buildings and trenches for sewer and water hookups."

In time, customers began asking him to do more, and the list of services expanded to a point where Superior Construction & Excavating had the ability to offer full site packages. Today, the Meridian-based company provides everything from clearing to paving for a handful of developers and general contractors working in the residential and commercial markets within approximately a 50-mile range of its headquarters.

"Concrete and asphalt are subbed out, although we take responsibility for getting those done," said Fulfer. "While our preference is turnkey site work, we can also break out our services and do stand-alone pipe or dirt projects. Utility installation has always been a specialty."

Aggregates Part of the Mix

Fulfer estimates that a third to one half of the pipe bedding and road base materials that Superior Construction & Excavating uses come from its gravel pits. It is currently crushing and stockpiling material at one leased location and taking materials from stockpiles at another site the company owns. 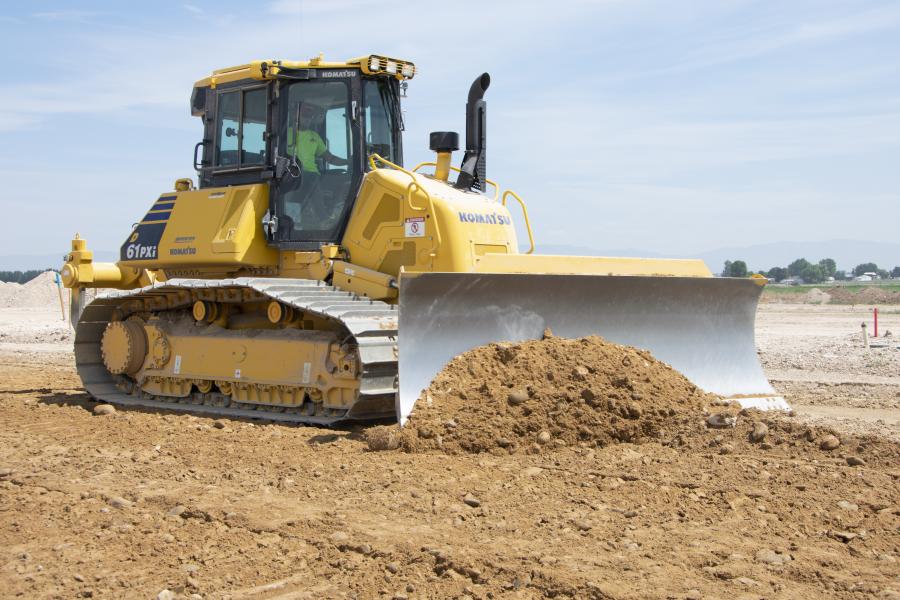 With close to 60 employees, including key individuals such as Plant Manager Ron Wyatt, who oversees gravel operations, Superior Construction & Excavating runs 12 to 15 jobs at once. Recent assignments include the Craftsman subdivision in Star, Idaho, which called for pond excavation of close to 270,000 cubic yards of dirt that was kept on-site and spread for fill and grading. It also installed underground utilities.

"Accuracy is spot-on, no matter the application," said Operator Justin Bollinger. "I love that there are no masts or cables to deal with. Set up is easy. Once a model is downloaded, it's a matter of getting in the machine, doing a quick calibration and letting it do the work. If you have an area to fill, it will place the materials as fast as the truck drivers can dump them. The blade holds grade no matter how fast I push or what material I'm placing."

Fulfer acquired the intelligent Machine Control dozers not long after he started adding standard Komatsu equipment to his fleet. He now has more than 20 machines, including excavators, dozers, wheel loaders and articulated dump trucks. He worked with Modern Machinery and Territory Manager Jared Johnson as well as Boise Branch Manager Kory Bladt to lease the machinery. 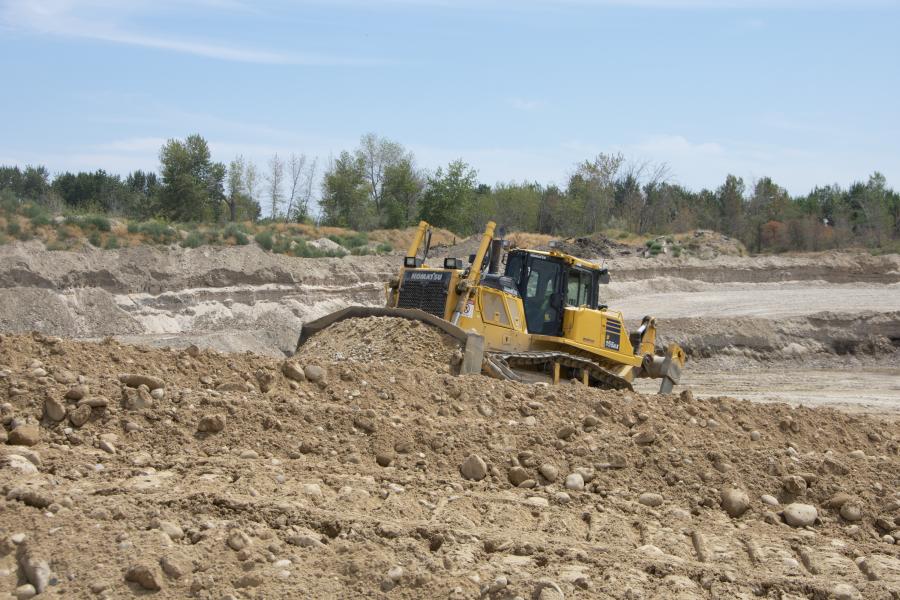 Fulfer also takes advantage of Komatsu CARE – a complimentary maintenance program that comes standard on Tier 4 equipment for the first 2,000 hours or three years. Once that expires, he extends the service with Modern CARE to 4,000 hours or two years. Under both programs, Modern Machinery technicians perform routine scheduled maintenance.

"We had hydraulic component issues with another brand and that led to a need to rebuild several engines in a short time, so we took a look at Komatsu," explained Fulfer. "Modern Machinery put together an impressive package of machines. Equally as important is service. Jared, Kory and Modern have been excellent to work with."

Those relationships prompted Fulfer to consider KPI-JCI crushing and screening machines, and it recently worked with Johnson and Modern Machinery to acquire a Kodiak Plus K300+ cone crusher and a 6-by-20, three-deck screen, as well as conveying and stacking equipment. Superior Construction & Excavating is currently making four products at a time.

"We replaced two plants with one. Our maintenance costs are reduced, and we maintained production, so the KPI-JCI is a big win for us," stated Wyatt.

Retirement Not in the Plans, Yet

Looking ahead, Fulfer expects to keep Superior Construction & Excavating at roughly its current size and continue to work in the same markets. He's not considering retiring anytime soon, either.

"I might slow down a little —unless I can find another good gravel source," he joked. "In all honesty, I don't know if I'll ever retire; although if I ever do step away, I feel confident the business would remain in good hands. I have some guys who have been here 30-plus years, and the staff is very good. They are a big reason why Superior continues to hang its hat on quality work done right."