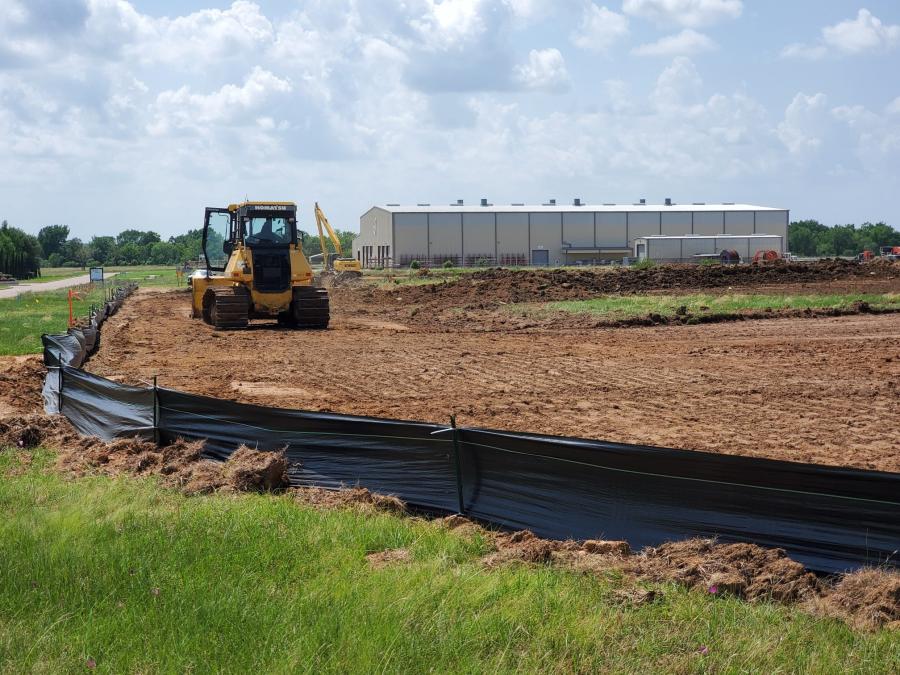 A late 2022 opening date is anticipated for the Houston branch, which will be located at 18851 GH Circle, Waller, Texas.

Closner Equipment has broken ground on a new facility northeast of Houston that will give the growing distributor locations in all four of Texas' largest metro areas.

At the same time, the San Antonio-based dealer has announced it is taking on yet another equipment line —Stewart-Amos truck sweepers — according to the company's Chief Operating Officer J.B. Closner.

"With the addition of our Houston branch," Closner said, "we will be positioned to serve paving contractors all over the state," adding that his company is now the authorized Roadtec dealer for all of Texas. Existing branches are in Schertz, outside of San Antonio, as well as in Austin and the DFW area.

The company also represents Carlson pavers in a large part of the state, as well as the GOMACO, LeeBoy, Roscoe and Dynapac lines in parts or all of Texas.

"We do a lot of business now in the Houston market," Closner said, noting that they are supporting work being done at George Bush Intercontinental Airport. "This additional branch will help us serve our existing customers while also attracting new business."

Closner said its sales territory will now include the state of Louisiana.

"We chose to represent Stewart-Amos for a number of reasons," Closner said. "It is produced domestically, including parts, and that means a lot in the Texas market. It also is able to provide inventory on a timely basis, both fully-equipped units and parts."

He noted that street sweepers are in demand by municipalities, private contractors, and TxDOT itself.

Closner Equipment Co. Inc. is an authorized Texas dealer of construction equipment used in stabilization, reclamation, asphalt paving, compaction and concrete work. It has operated continuously since 1946, with three generations of family leadership.

Founded and headquartered in San Antonio, it opened an Austin branch in 2004 and entered the Dallas-Fort Worth market in 2012.