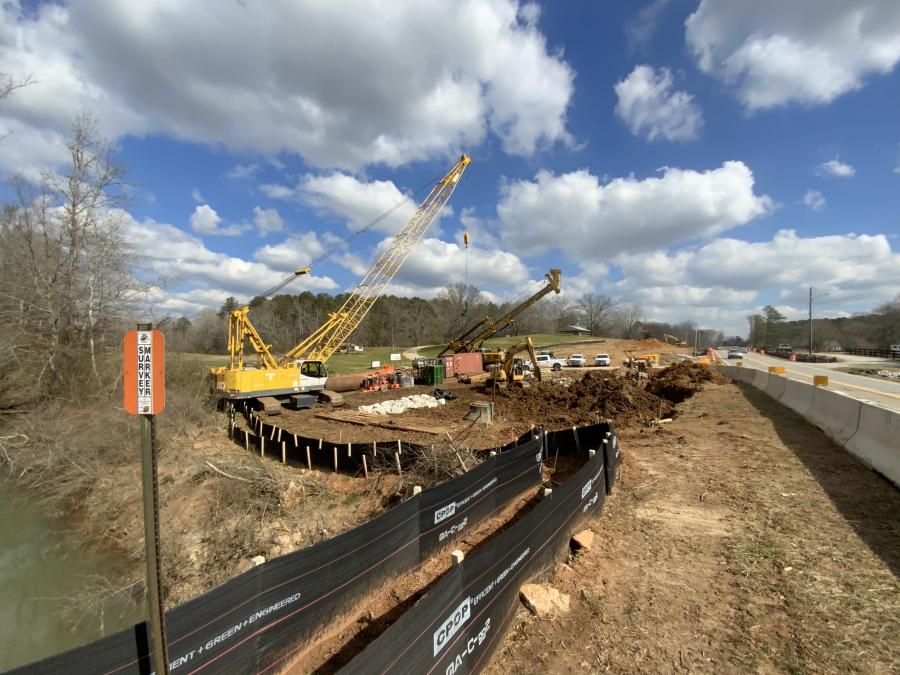 Crews from CMES Inc. are reconstructing 6.2 mi. of SR 360 from a two-lane road to a four-lane median divided road, a $66.7 million project for the Georgia Department of Transportation .

The Georgia Department of Transportation's (GDOT) $66.7 million reconstruction and widening of SR 360 from SR 176/New Macland Road near Marietta in Cobb County to SR 120/Charles Hardy Parkway near Dallas in Paulding County began last summer and is expected to be delivered by CMES Inc. on Nov. 21, 2023.

The initiative involves reconstructing 6.2 mi. (3.1 mi. in each county) of SR 360 from a two-lane road to a four-lane (12-ft. wide lanes) median divided (a 20-ft. raised grass median) road with curb and gutter; and 5-ft. wide sidewalks on either side. Also included are the installation of five box culverts, placement of precast arch culverts, bridge caisson work and pile driving. 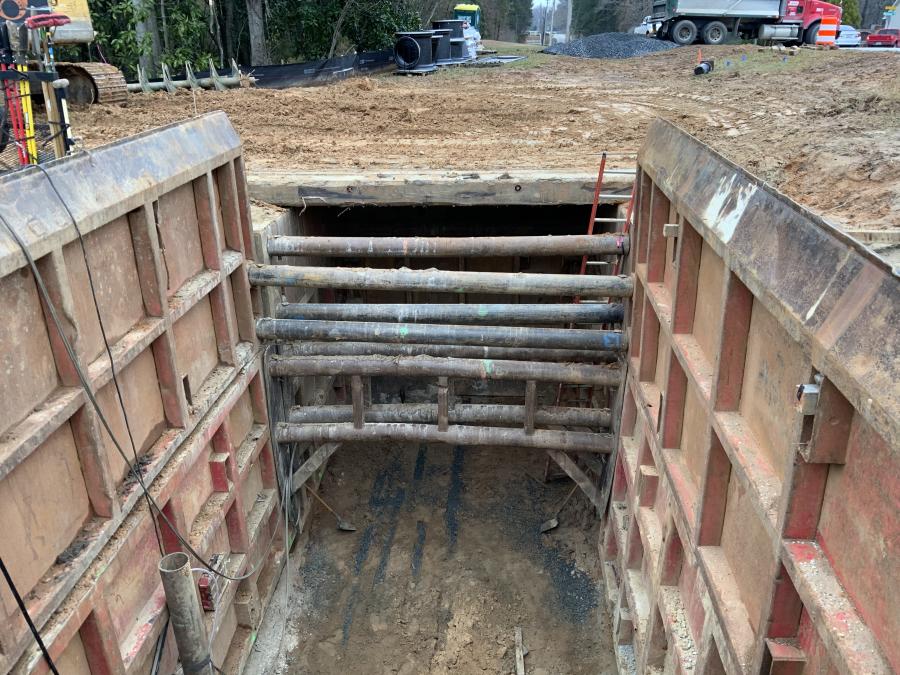 "SR 360 is an east-west corridor in a suburban area of northwest Atlanta that links important routes, two large cities and two smaller communities," said Tori Brown, GDOT's District 7 communications specialist. SR 360 links U.S. 278, SR 120, SR 176 and SR 92, which access the cities of Marietta, Dallas, Powder Springs and Hiram. The SR 360 corridor also connects to the major interstate corridors of I-20 and I-75 via SR 120, U.S. 278 and SR 92. As an urban minor arterial, SR 36 is a roadway that distributes traffic to cities and towns with moderate travel speeds and access to adjacent lands.

"Urban minor arterials often carry local bus routes and provide continuous access between communities without entering neighborhoods," Brown added. "The corridor is experiencing increased traffic volumes generated by development along the roadway, and along the collector streets, principal arterials and minor arterials that connect to SR 360. Recent developments of several residential neighborhoods and commercial establishments have changed the formerly rural landscape into a more suburbanized setting. This transportation facility has been identified for widening to enhance mobility, accommodate traffic generated by residential and commercial growth, and improve access between Dallas and Marietta. The selected alternative would also correct existing operational deficiencies, improve safety and improve access to many side streets and driveways that often cause stops in traffic flow."

The new widening and reconstruction was designed by CLAYX Engineers and Consultants, which is now known as NV5.

The traffic management plan is based on a single lane major road connecting Cobb and Paulding counties towards Cartersville, which necessitates active flagging.

"It's really challenging to do at a 10-to-15-foot-deep road crossing," said Balar.

CMES crews have started work on the following elements — tree clearing; grading; jack and bore; storm drainage; box culvert installation; and bridge work. The major goals for the 2021 construction season are to complete Stage 1, which consists of box culvert and precast arch culvert installation; bridge work; jack and bore operations; and the placement of a 16-in. water main. 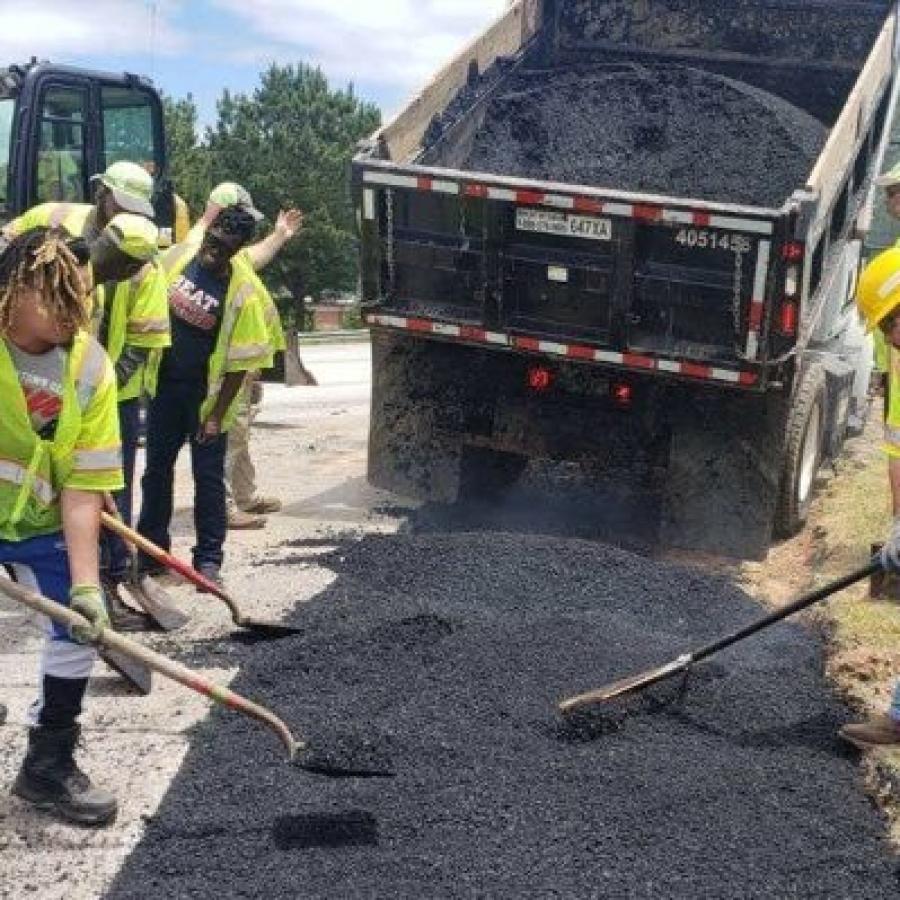 "We started the project eight months ago and there are no major challenges," said Balar. "Several utilities have to relocate their infrastructure. Both counties have separate utility companies, which give us a total of 13 to work with, and requires major coordination. We're making good progress. GDOT's project is very cooperative and issues can be resolved rapidly. They appreciate our suggestions that have helped to save money for the taxpayer. It's pretty much a day shift project and we have barriers in place to protect the workers and motorists."

Crews are preparing the new asphalt lanes on the east- and west-bound sides as per-stage requirement, with the plan to complete the Stage 1 widening in mid-2022.

"We plan to start the start asphalt paving in March 2022," said Balar. "We'll be working on both sides simultaneously. This is a three-stage project and we've planned it well."

CMES is using Leica GPS equipment on the project.

Key equipment for the ongoing work includes the use of cranes by one of the subcontractors and in terms of CMES, the use of Komatsu excavators and dozers and Hamm rollers.

"The majority of the soil we are encountering is types B and C, as well as face rock and boulders in the certain areas of the work zone," said Balar. "We are using 4-ton hammers that we rent from Herc to break the rock. At this point no blasting is required. There are several area rock embankments we're using under the proposed road due to the existing soils."

Work on Stage 2 is expected to start in mid-2022 and will follow a similar process.

As noted, the bridge caisson work is under way. 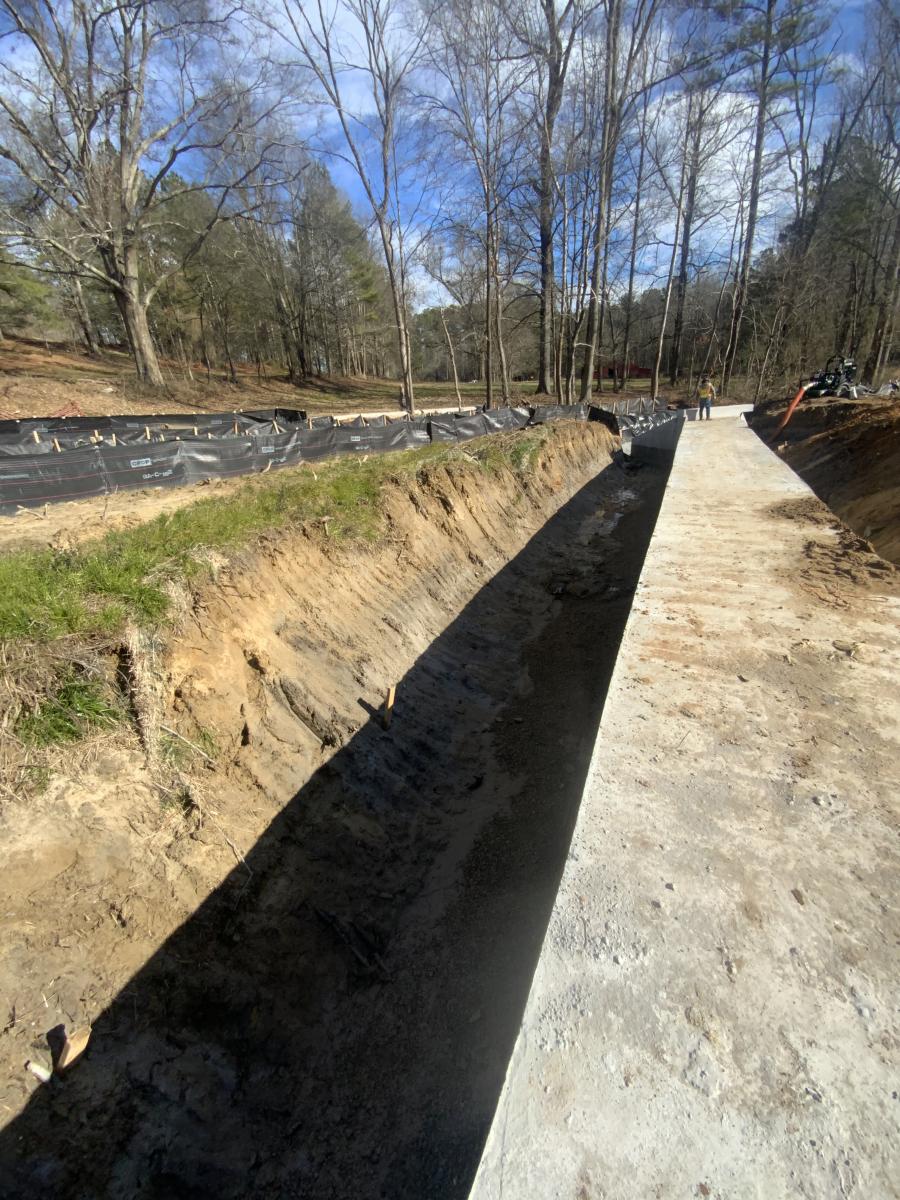 "We need to drive eight caissons," said Balar. "We are building a 150-foot by 72-foot bridge need in two stages, which has four bents and three spans. The center span, which is 90 linear feet long, requires 10 beams in each span. Bent 1 and 4 requires us to drive to 20 10-inch by 42-inch piles. We needed to design the precast culvert bridge that is 120-feet long and 48-feet wide with an 11-foot rise, which has 30 precast segments that weigh 48,500 pounds each. They are supplied by Tindall Corporation. The design, submitted by Sastry & Associates Inc., was approved by GDOT's bridge division. We will be driving around 1,000 linear feet of pilot hole and 1,000 linear feet of 14-inch by 89-inch piles."

The underground infrastructure component is extensive.

Due to existing water pond impacts, CMES will be creating rock embankment and installing dry swale infrastructure at three locations per EPD guidelines.

So far, peak days have had 50 CMES and subcontractor employees at the job site. The major subcontractors are Baldwin Paving for bridge and asphalt work; Redwick for signs; AKA Tree for tree clearing; and Tippins Contracting for water infrastructure.

Other equipment being used and to be brought in include Ditch Witch boring machines, Komatsu loaders and Cat 815 rollers.

"We have very few mechanical problems," said Balar. "When we need a mechanic, we just call for one."