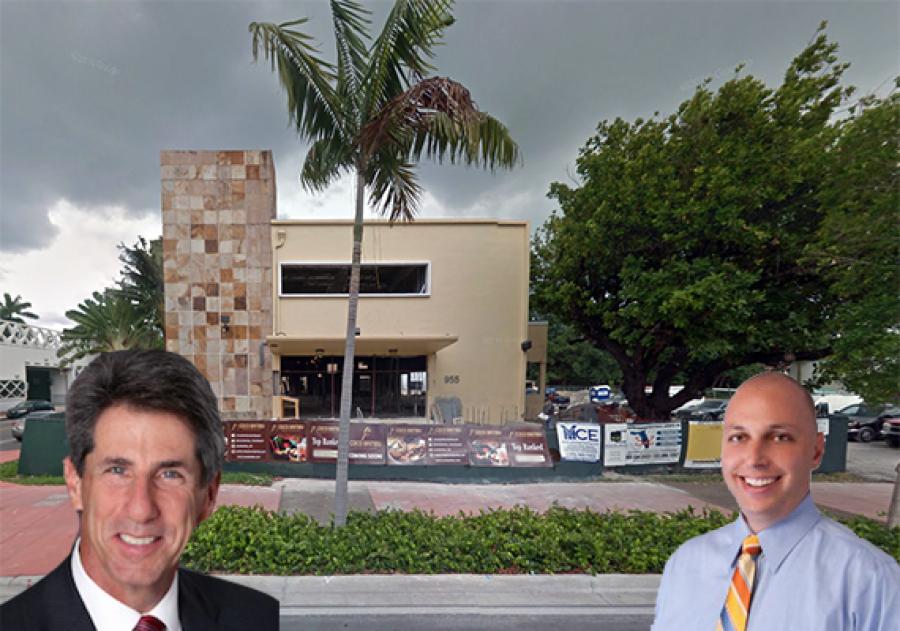 Via The Real Deal.

The Brazilian company planning to open Coco Bambu on Alton Road in Miami Beach has sued its construction firm, alleging that it walked off the $4 million job and delayed the project by at least seven months.

Restaurant owner CBMIA filed suit in Miami-Dade Circuit Court against U.S. Construction Corp. on Jan. 13, also alleging that the restaurant paid $93,577 for materials and services that the construction company “kept for itself” instead of passing through.

The same day CBMIA filed suit, U.S. Construction Corp. sued the restaurant owner in Miami-Dade Circuit Court, and amended the suit last week, alleging, among other things, that CBMIA failed to make payments, failed to make the site available to perform work and terminated its right to continue working. Both sides' suits allege breach of contract.

CBMIA is leasing the property at 955 Alton Road, which was the former site of Miami Ad School. The company entered into a $3.7 million contract with the construction company in January 2016, then increased the sum to $4.3 million due to change orders, according to CBMIA's suit.

U.S. Construction Corp. performed work from January until the end of September, then, after disputes with the restaurant owner, failed to work after Oct. 16, according to the suit.

“As a result of the numerous delays occasioned by USCC's refusal to timely perform, the project has been delayed by at least seven months, resulting in great damage to CBMIA, to its revenues and its reputation,” the suit says. In addition, CBMIA alleges that the construction firm “exaggerated its claim by more $275,000.”

On Nov. 10, CBMIA told the construction company it intended to terminate the contract on Nov. 18.

“The crux of the dispute is we think they didn't live up to their contractual obligations and significantly delayed the opening of the restaurant,” Alex Barthet, partner in the Barthet Firm, who represents CBMIA, told The Real Deal. “As proof of that, once they were replaced, the new contractor has moved very quickly in ways that U.S. Construction didn't or couldn't.” He said the restaurant's new firm is Econstruction of South Florida.

Rafael Reyes, the Miami-based construction company's president, told TRD that the firm is “definitely not in the business of filing litigation” and looks forward to “an amicable resolution.”

“We're experts in building restaurants, as evidenced by our reputation and our body of work, and I'm definitely disappointed with the current situation,” Reyes said. Among the restaurants the firm has built are Rusty Pelican, Smith & Wollensky and Red the Steakhouse.

The contract requires mediation prior to litigation, and mediation was held on Jan. 13, but has not resulted in a settlement, according to CBMIA's suit.

Coco Bambu plans to open its first location in the United States at the Alton Road site in South Beach. The seafood restaurant's operating partner Leonardo Pessoa told TRD in September 2015 that it is investing $8 million to renovate the historic building. The restaurant will have 400 seats, ranking it among the largest eateries in Miami Beach.

he property is owned by an entity controlled by real estate developer and investor Jimmy Resnick. He bought the 15,208-square-foot site for $420,000 in 1992, according to Miami-Dade property records. The building, built in 1950, was designed by architect Norman Giller, and was once the long-time home of the Hibiscus Masonic Lodge, Resnick said. “They are keeping the integrity of the Art Deco,” Resnick previously told TRD. “It's going to be like a landmark.”