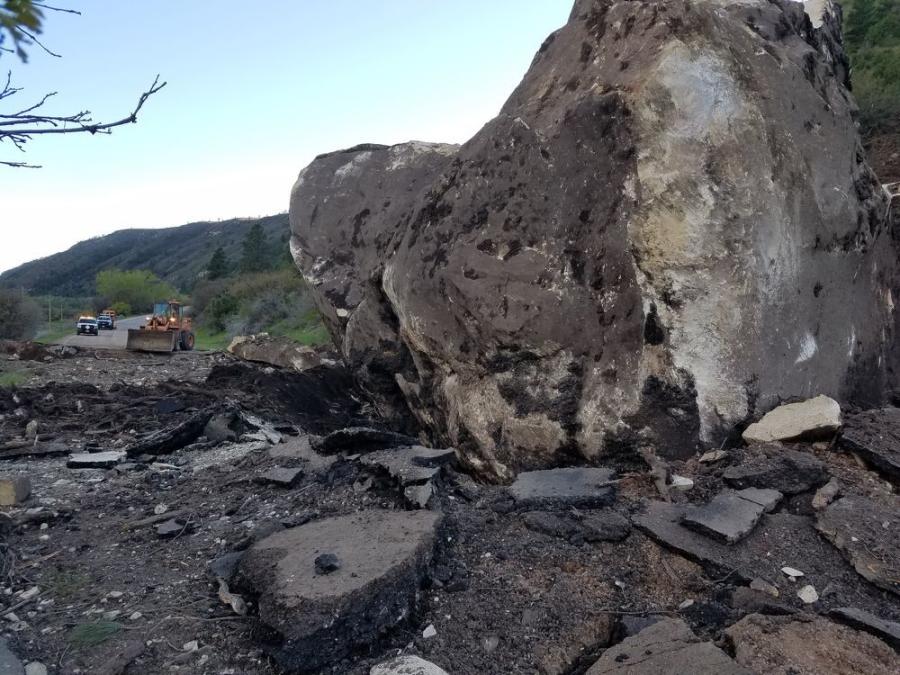 By leaving the boulder, the state will save itself the expense of having to hire a specialty crew to blast the rock, the cost of explosives and the equipment needed to haul away the rubble. (CDOT photo)

Traffic on a southwest Colorado highway damaged by a massive rock fall over Memorial Day weekend should be back to normal this summer — with one key difference, the added sight of an 8.5 million-lb. boulder by the roadside. 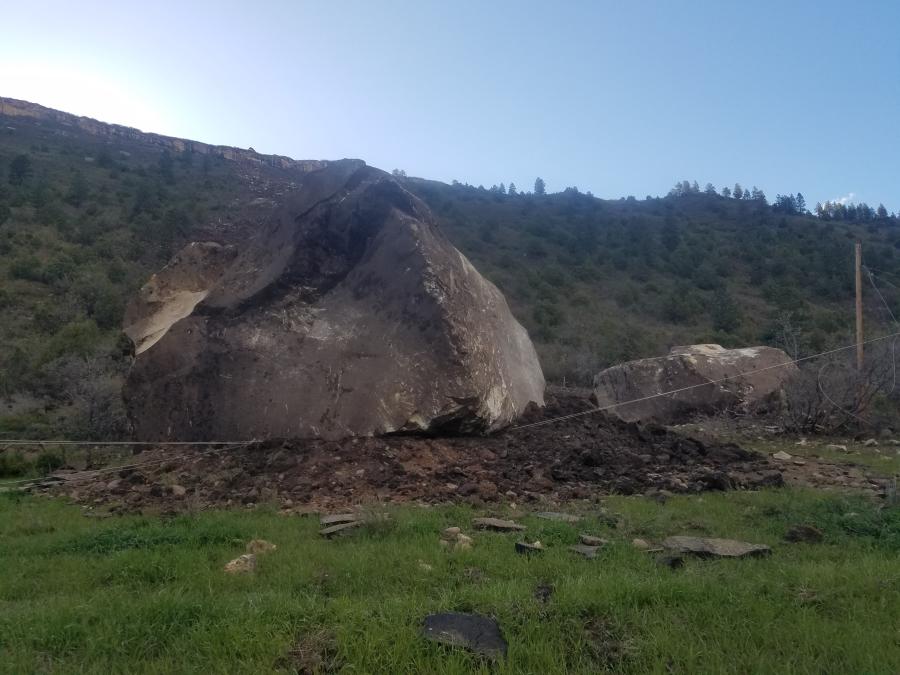 Two house-sized boulders crashed from a ridgeline 1,000 ft. above CO 145 on May 24. The smaller of the two, estimated to be about 2.3 million lbs., came to rest on the highway. The second larger boulder traveled across both lanes of the highway, carving a 15-ft. trench in its wake before coming to rest on the other side of the road. A geo-technical crew blasted the smaller of the two, but the largest — since dubbed "Memorial Rock" — will remain where it landed.

The Colorado Department of Transportation wasted no time going to work on what spokeswoman Lisa Schwantes described as a "once-in-a-lifetime geological occurrence."

"The incident occurred the Friday afternoon of Memorial Day weekend," Schwantes said. "We were able to get the road opened by Sunday, alternating traffic on one lane. That was only after blasting the smaller of the two boulders, and removing that rubble from the roadway so we could get a temporary one lane road constructed. Our engineering crew immediately started work on the plan for the permanent emergency repairs that needed to take place. We had that out to bid by the 3rd of June. We had contractor Williams Construction of Norwood, Colo., selected by the 7th and they got going on the 10th."

The decision not to blast the second boulder was largely based on cost, she said. By leaving the boulder where it came to rest, the state will save itself the expense of having to hire a specialty crew to blast the rock, the cost of explosives and the equipment needed to haul away the rubble. 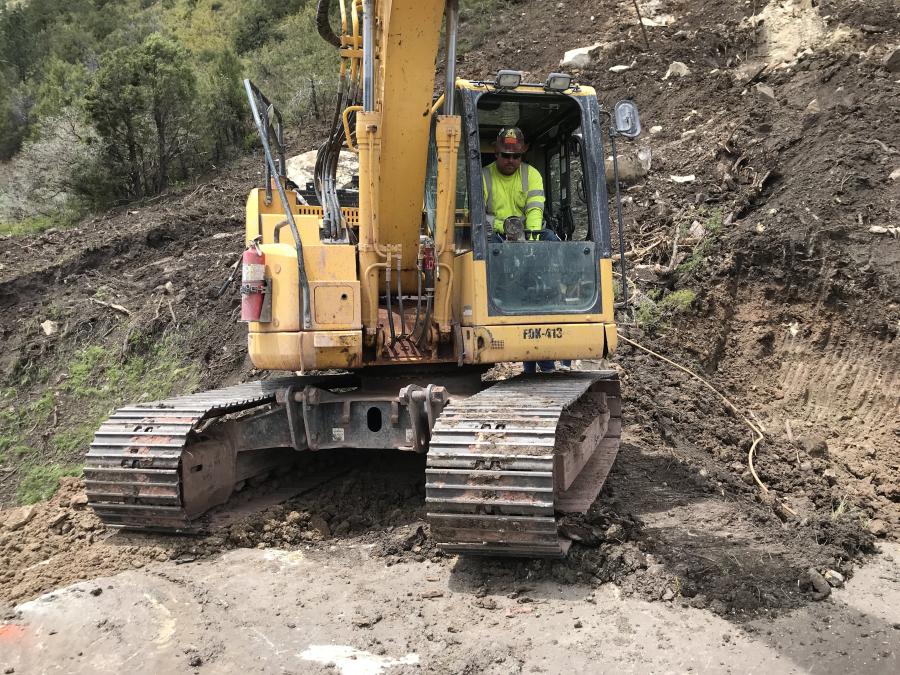 The repaired road will follow the same route as before but the reconstruction will include widening the roadway for additional shoulder space, a guardrail to protect vehicles that might veer off the road, and an embankment on the west side of the road to catch any future mud or rock slides. A utility fiber optic line also will be relocated. The cost for the removal of one boulder and the road repair is estimated at $1.3 million.

At least two people witnessed the rock fall. In a story in The Journal, based in Cortez, Colo., Jim Ellson said he was fishing with his son at a nearby pond when they saw the boulders fall.

"It sounded like a jet engine," said Ellson. "I told my son, ‘Look at that!' You could see massive boulders crashing down and tons of dust and debris being plowed up. We were in awe, kind of shocked. What a sight!"

Colorado Gov. Jared Polis announced the massive rock would be called "Memorial Rock," signifying the date of the incident and honoring the veterans who have served our country. CEG