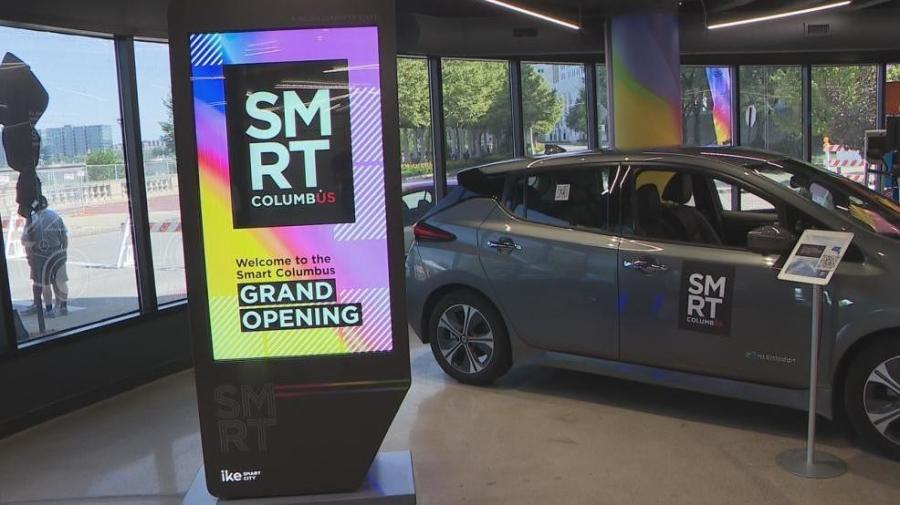 COLUMBUS, Ohio (AP) Ohio's capital wants to get smart — and it's launched an interactive learning center to get people to buy in.

It's all part of a $50 million initiative Columbus has undertaken to become a smart city, or one that eases urban life by digitally linking transportation, energy and communication systems.

The city won a $40 million grant from the U.S. Department of Transportation Smart City Challenge in 2016 and Paul G. Allen Philanthropies contributed another $10 million to the cause.

Integrating the transportation, power and data networks that have evolved over time in a city settled more than 200 years ago is no easy task. In fact, it's still a dream.

The city's smart cities team recognizes that it may be an uphill battle to get people in the sprawling metropolitan area of roughly 2 million residents to abandon their single-occupancy vehicle lifestyles and take up bikes, carpools, electric cars or ride sharing.

“Our challenge is how do you harness all these new things going on: the sharing economy, but also the carpooling, ride-sharing, micro-transit,” said Mark Patton, vice president of Smart Cities at the Columbus Partnership. “We're not smart enough to say here's how it's all going to turn out, but if you have enough initiatives going on where people have a chance to try something new, we think it will make a significant difference.”

That's where the learning center comes in.

Through educational displays, hands-on activities and test drives of electric cars, the center aims to answer the public's questions about how a smart grid works, how an electric car drives or how a drone works.

The learning center serves as the lobby to the new Smart Columbus headquarters, which will house the both public and private smart city employees, as well as programmers who will maintain the integrated smart city operating system.

Patton said the building upgrade, under way since March, represents an investment of about $2 million, including $200,000 from the federal grant, money allotted in the state capital budget and private donations.

The learning center will allow people to get close-up with an electric car — and test drive one with an appointment — without the worry of sales pressure.

“We won't be pressuring them, because we have nothing to sell,” Patton said.

It will also make learning how smart technology works fun and interactive.

A two-way communication platform that's being deployed at street corners around Columbus will also be on display. Known as Ike, it features a touchscreen that can give directions, provide business listings and provide public Wi-Fi.