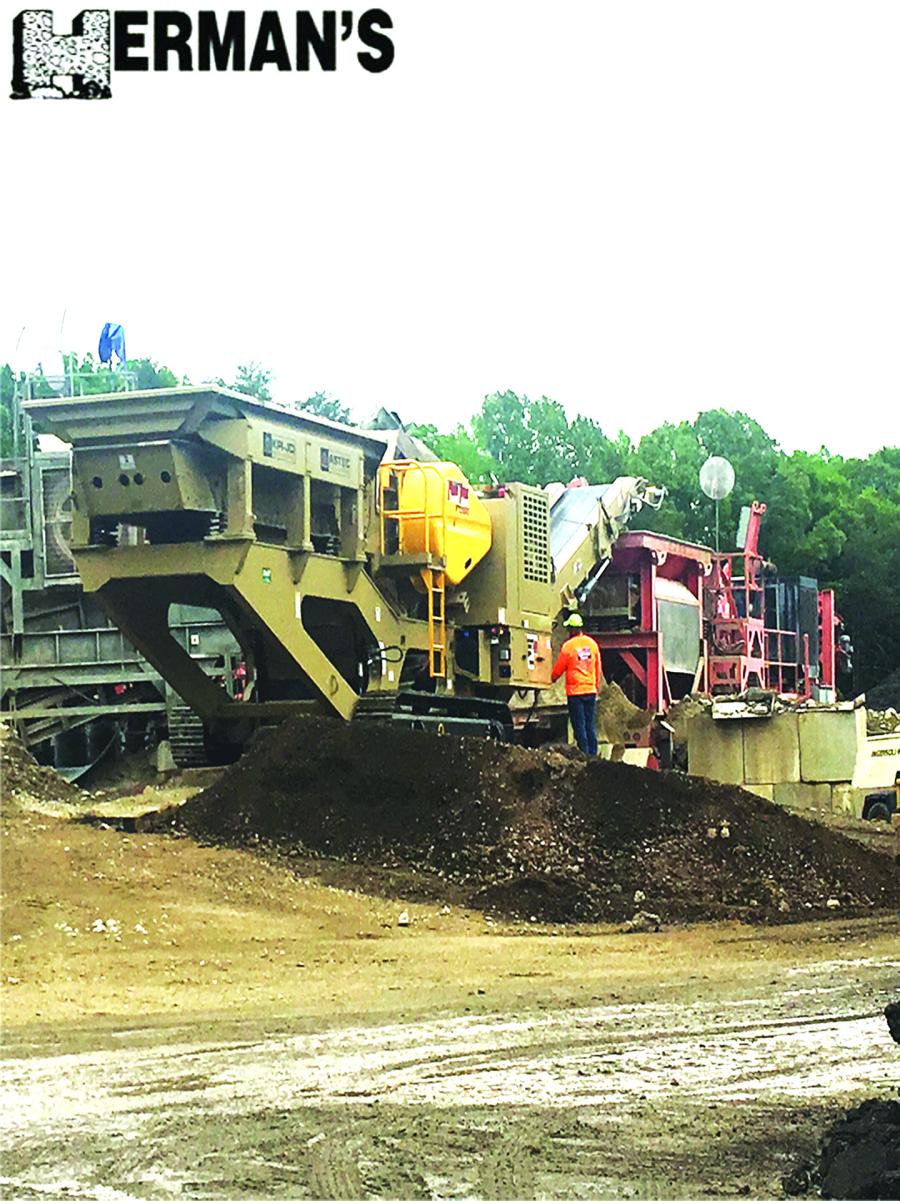 Founded by Herman Steljes, Herman’s Trucking and Recycling currently is managed by Nick Rader, Herman’s grandson and his mother, Marilyn.

Herman's Trucking and Recycling is a thriving, family owned business. Founded by Herman Steljes, the company currently is managed by Nick Rader, Herman's grandson, who works alongside his mother, Marilyn, whom he credits for being the brains behind the organization. "If it wasn't for her that recycling yard would not be here," he said.

Steljes started the company out of his house, with one truck, back in 1974. In 1978, he acquired the property where the business currently is located, in Wrightstown, N.J. Since then, Herman's Trucking and Recycling has grown from having a single truck to a fleet of 15. It has also grown into a one-stop business, which provides services such as: Class B and C recycling, aggregates and landscaping supplies.

The business is growing in demand within its sector, and with good reason.

"The price of stone is becoming high. The cost of traveling and trucking is only going to get higher. If we bring an alternative of recycled concrete to this area, it gives people the alternative to stone…that's where we really see the growth. The direction that we are heading in the future is with the recycling center here."

At the moment, Herman's Trucking and Recycling is taking on several projects, including: working with a military base to process material to create road base; taking part on two development projects, one in Columbus and a future 400-home senior living development in New Egypt; a sewer system project; and a pipeline construction project, which will run through Ocean and Burlington counties.

With growing interest in its products/work, it is necessary to use efficient reliable equipment. Herman's was interested in upgrading to a KPI-JCI machine. After demoing two units, Herman's chose the FT2650 jaw crusher, from Hoffman Equipment, based in Piscataway, N.J.

"The good thing about purchasing this large piece of equipment is that I can move more product. This in turn, is going to process the material faster, which will give me time to focus on other permanent activities such as the mulch and the top soil and composting."