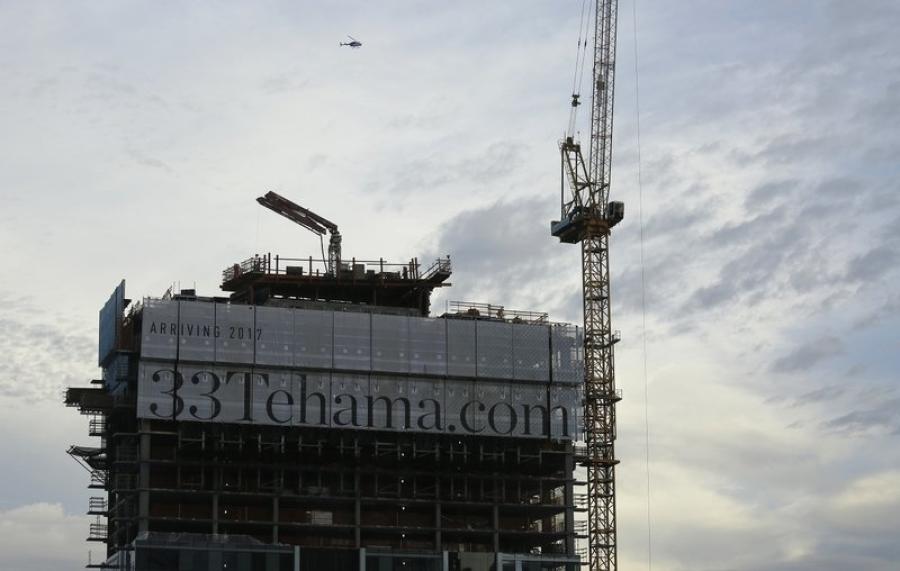 Construction crews had just finished pouring concrete when one of nine hydraulic struts holding the platform malfunctioned, leaving the slab tilted on one side.

San Francisco authorities evacuated 16 office buildings and shut down several streets during rush hour Feb. 15 after a giant concrete slab tilted while atop a skyscraper.

San Francisco Fire Department spokesman Officer Jonathan Baxter said that evening there was no danger of the 1-ton concrete slab falling from the 35th floor of a luxury apartment building in the South of Market neighborhood.

City inspectors went to the building on 41 Tehama Street and concluded there was "no imminent danger to the public or the surrounding buildings or to any individual," Baxter said.

Construction crews had just finished pouring concrete when one of nine hydraulic struts holding the platform malfunctioned, leaving the slab tilted on one side. They alerted authorities because a 30-ton concrete pump was sitting on top of it, Assistant Fire Chief Tom Sirogusa said.

"The building itself is not compromised in any way shape or form," he said, and added the decision to evacuate buildings and shut down streets was made out of an abundance of caution.

Most of the streets reopened that night after workers leveled the platform and the evacuation order only remained for the building next to the construction site, the fire department said.

Construction management firm Lendlease said the hydraulic strut failed while the slab was being raised to the 36th level.