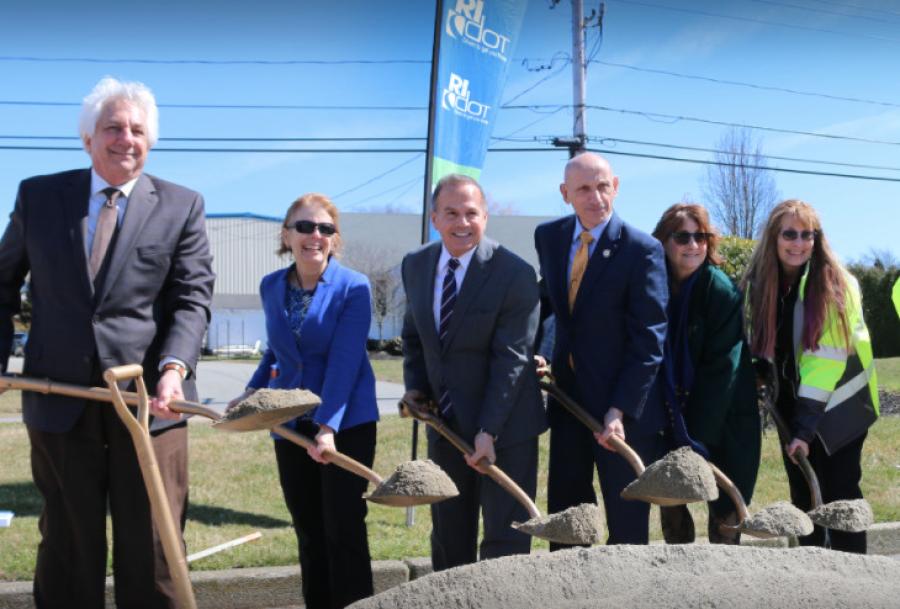 The $9 million project will rebuild the badly deteriorated road base and make numerous other safety improvements for pedestrians and bicyclists in this busy commercial corridor. Construction will start in early spring and the project will be done in fall 2023.

The project includes reconstruction of the road base using a process called pavement reclamation in which the base of the roadway is rebuilt to provide a long-lasting repair of the driving surface.

RIDOT also coordinated with the Newport Water Department to install a water main on a portion of the roadway — with Newport and Middletown each contributing up to $267,000 for it — as part of the project. This minimizes the overall disruption to motorists with only one construction project instead of two.

"Too many of Rhode Island's roads have fallen into disrepair, and I'm excited that projects like the Aquidneck Avenue resurfacing are advancing throughout the state," Cicilline said.

"This project, made possible through federal highway funding and state and local support, will bring much-needed improvements to this vital corridor for Middletown's small businesses, residents, and visitors. The end product will underscore the importance of sound federal, state, and local investments in our roads and bridges. And, thanks to the historic federal funding provided through the Bipartisan Infrastructure Bill, we will be seeing more and more successful projects breaking ground throughout Rhode Island."

"Like many of our roads, Aquidneck Avenue was not properly maintained over decades, leading to the poor conditions we see today," Alviti said. "We are working hard to bring all of our transportation infrastructure into a state of good repair, and Rhode Islanders can look forward to many more projects like this to address poor quality roads."

Work on Aquidneck Avenue is part of an aggressive effort to resurface many deteriorated roads, leveraging new funding from the Infrastructure Investment and Jobs Act with existing dollars for these important investments in Rhode Island's transportation system. These include sections of 17 corridors throughout the state with poor quality pavement that contributed to a marked increase in potholes this season.

The Aquidneck Avenue project also will improve pedestrian safety with new sidewalks along the western side of the road and pedestrian crossing features at the entrance to J.H. Gaudet Middle School. RIDOT also will install bike lanes along the corridor, supporting alternative forms of transportation that result in improved air quality through reduced automobile emissions.

Approximately 16,100 vehicles per day use this section of Aquidneck Avenue.

The reconstruction of Aquidneck Avenue is made possible by RhodeWorks, RIDOT's ongoing commitment to repair structurally deficient bridges and bring Rhode Island's transportation infrastructure into a state of good repair, promote economic development, and create jobs.