Connecticut Borrowing $1.3B to Fund Range of Infrastructure Projects Across the State 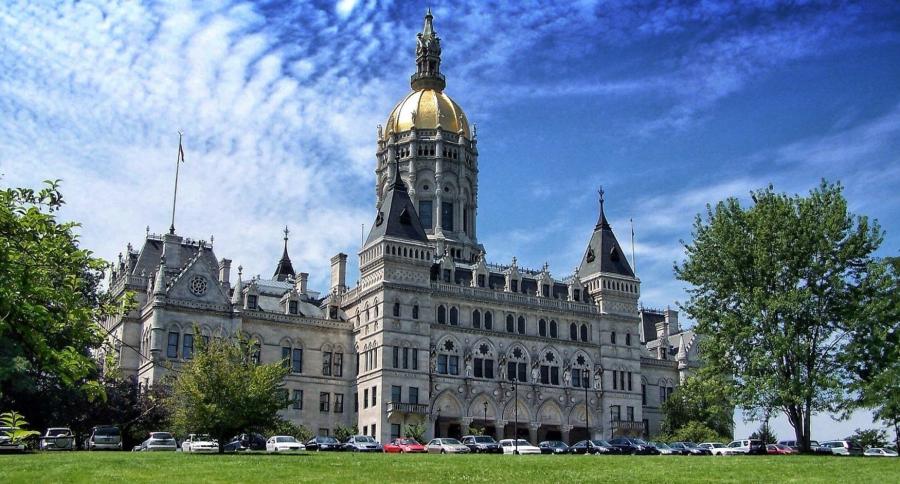 Gov. Ned Lamont and the other members of the State Bond Commission agreed to borrow more than $1.3 billion to fund state and local projects on Dec. 21, 2021.

Connecticut Gov. Ned Lamont and the other members of the State Bond Commission agreed to borrow more than $1.3 billion to fund state and local projects on Dec. 21.

The money will pay for various infrastructure projects statewide, as well as grant programs, improvements at a mental health center in Bridgeport, and a new train station in Enfield.

But the Lamont administration also plans to put a large chunk of those funds, roughly $839 million, toward transportation spending for use on state highway interchanges, traffic safety studies, local paving projects and rail improvements.

In total, the State Bond Commission, which the governor leads, voted to fund more than 50 different projects, programs, and initiatives — some of which were championed by state lawmakers who are heading into a campaign season next year and are eager to bring home financial wins to their districts.

For example, Lamont, Senate Majority Leader Bob Duff, and other lawmakers representing the Norwalk area gathered on Dec. 20 to celebrate the state's plans to contribute more than $1.2 million to the local YMCA and to spend another $5 million on renovations at the Gallaher Mansion, which is part of a city park.

Not long after the borrowing plan was announced, bipartisan groups of lawmakers sent out press releases lauding the state money that would soon pour into their districts, the Hartford-based CT Mirror reported. The legislative delegation in Milford, for instance, noted the $600,000 that would go to a local community health center in their area. In addition, several state lawmakers from Stamford thanked the bond commission for the $2 million their city will receive for a science center.

The more than $1 billion in spending that was approved will be financed through state revenue and general obligation bonds, which Connecticut officials' market to Wall Street investors and will eventually need to repay with interest.

The most recent meeting marked the third bond commission gathering this year, according to CT Mirror.

State legislators control the first step in the borrowing process by adopting a two-year bond package, but after that, the governor and the executive branch get to decide what gets funded and when. That gives governors in Connecticut a lot of power, and some, including Lamont, have used that influence as leverage when negotiating with legislative leaders in the past.

Lamont, who also is preparing for his own reelection campaign in 2022, kicked off the meeting on Dec. 21 by recognizing the extensive list of projects that the 10-member commission considered and approved.

"We have a very full agenda today," he announced. "One of the reasons is because the state is in a pretty good financial position."

There was a wide array of spending priorities approved by the bond commission at the meeting, the Hartford news source reported, including state matching funds for upgrades at Connecticut's armories, cash grants to financially strapped municipalities, a lengthy list of repairs at state offices and buildings, and several line items meant to combat affordable housing and environmental issues.

The governor's office, however, placed an emphasis on more than $124 million that is intended to help small businesses, workforce training initiatives and community revitalization projects.

That spending includes millions for local redevelopment efforts in Middletown, New Haven, Bridgeport and Hartford. One of the more high-profile projects included on that list was $11 million to help renovate a Hilton hotel in downtown Hartford and to transform part of that property into 147 apartment units.

"Investing in our communities through revitalization projects, workforce development training and small business support is a key part of our plan to accelerate long-lasting and equitable economic development in Connecticut," he said.

Lamont added, "These investments are aimed at creating thousands of new jobs, improving the vibrancy and quality of life in our communities and making all corners of the state even more attractive for investment and opportunity."