Construction Begins on the Biggest Wind Farm in the U.S.

The facility is part of the Wind Catcher Connection, a $4.5 billion project which includes close to 350 miles of a dedicated, extra-high voltage power line. 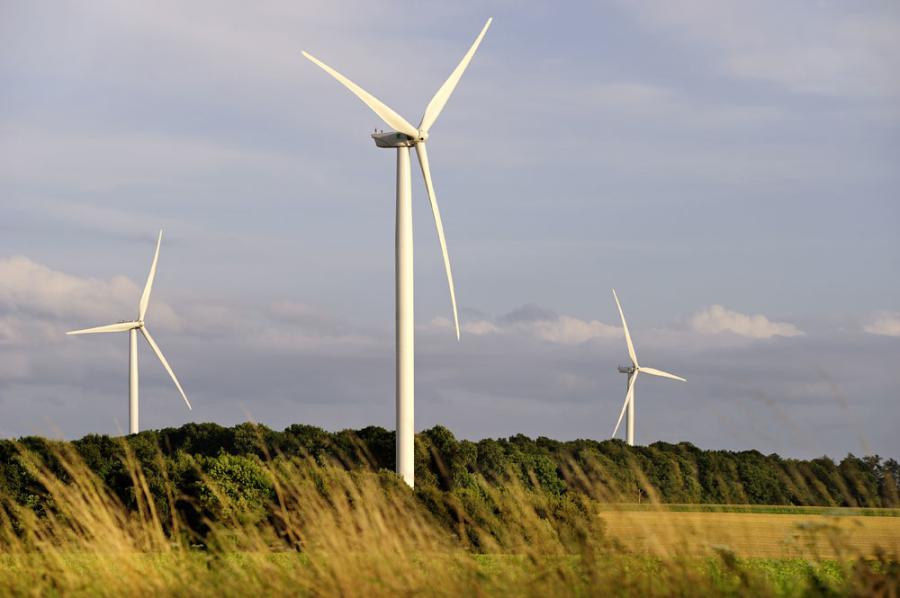 Currently under construction, the Wind Catcher facility will use 800 GE 2.5 megawatt turbines to generate wind electricity, Invenergy and GE said.

A planned 2,000 megawatt wind farm in the Oklahoma panhandle will be the largest in the U.S. and the second largest in the world once it is completed, GE Renewable Energy and Invenergy, a renewable energy company announced July 26.

Currently under construction, the Wind Catcher facility will use 800 GE 2.5 megawatt turbines to generate wind electricity, Invenergy and GE said.

Part of a Bigger Plan

The facility is part of the Wind Catcher Energy Connection, a $4.5 billion project which includes close to 350 miles of a dedicated, extra-high voltage power line. The goal is to provide electricity to more than 1.1 million customers. Public Service Co. of Oklahoma (PSO) and Southwestern Electric Power Co. (SWEPCO), subsidiaries of American Electric Power Co., will ask utility regulators across Louisiana, Arkansas, Texas and Oklahoma to approve plans to purchase the wind farm from Invenergy once it has been built, Invenergy and GE said. Then, the companies can build the power lines at the location for their customers.

"Wind Catcher shows American leadership in bringing low-cost clean energy to market at giga scale," said Invenergy's founder and CEO Michael Polsky. "This project reflects Invenergy's innovative spirit and unparalleled execution ability, and we are proud to be working with forward-looking utilities like PSO and SWEPCO whose customers and communities will benefit from this project for decades to come."

"GE is delighted to be a part of the groundbreaking Wind Catcher project with Invenergy and American Electric Power," said Pete McCabe, president and CEO of GE's Onshore Wind business. "We look forward to putting our teams to work in these communities as we continue to move toward our goal of ensuring that no one has to choose between sustainable, reliable and affordable energy."

According to Invenergy and GE, the Wind Catcher Energy Connection is predicted to save SWEPCO and PSO customers a net cost of about $7 billion, over 25 years. In addition, the project is expected to generate around 4,000 direct and 4,400 indirect jobs each year as construction continues, plus 80 permanent jobs once the facility is up and running, according to AEP.

Construction of the facility should be completed by 2020.

Oklahoma isn't the only state that has been busy with wind facility construction: Earlier this summer, Texas began construction on the Rattlesnake Wind Project, and Maryland awarded offshore wind renewable energy credits to two projects that will be built off the state's coast.