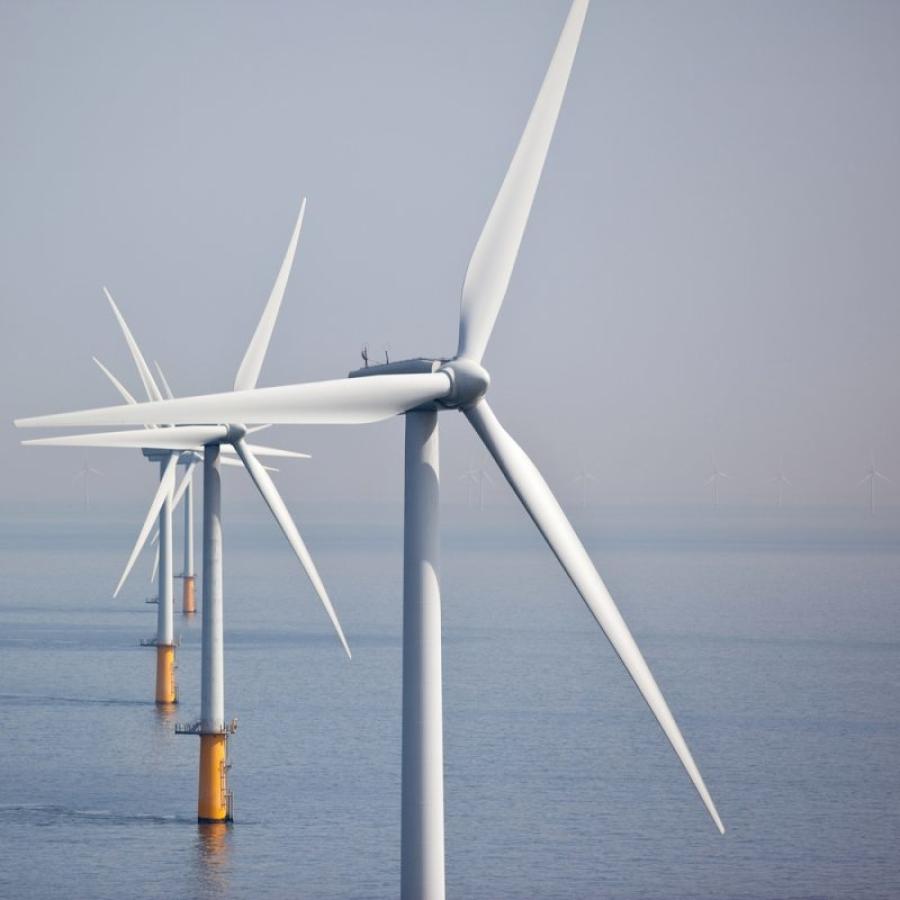 The Maryland Public Service Commission awarded offshore wind renewable energy credits (ORECs) to two projects to be built off the coast of Maryland.

In a decision that will position Maryland as a national leader in offshore wind energy, the Maryland Public Service Commission awarded offshore wind renewable energy credits (ORECs) to two projects to be built off the coast of Maryland. This decision enables U.S. Wind Inc. and Skipjack Offshore Energy LLC to construct 368 megawatts of capacity, together yielding over $1.8 billion of in-state spending, spurring the creation of almost 9,700 new direct and indirect jobs and contributing $74 million in state tax revenues over 20 years.

“The approval of the nation's first large-scale offshore wind projects brings to fruition the General Assembly's efforts to establish Maryland as a regional hub for this burgeoning industry,” said W. Kevin Hughes, the Commission chairman. “We have taken great care to ensure that this decision maximizes economic and environmental benefits to the state while minimizing costs to Maryland ratepayers.”

Each company is awarded ORECs at a levelized price of $131.93 per megawatt-hour (MWh) for a term of 20 years, beginning in January 2021 for U.S. Wind and 2023 for Skipjack. According to the Commission's independent consultant, Levitan & Associates Inc., the net ratepayer bill impacts associated with the Commission's approval are projected to be less than $1.40 per month for residential customers and less than a 1.4 percent impact on the annual bills of commercial and industrial (C&I) customers — both less than the ratepayer impacts authorized by the enabling legislation, the Maryland Offshore Wind Energy Act of 2013.

Those impacts will not take effect until electricity is actually generated by the projects. U.S. Wind's project is expected to be operational in early 2020; Skipjack anticipates being in operation near the end of 2022.

In Order No. 88192 in Case No. 9431, the Commission attached nearly 30 conditions to the approval, including requirements that the developers create a minimum of 4,977 direct jobs during the development, construction and operating phases of the projects; pass 80 percent of any construction costs savings to ratepayers; and contribute $6 million each to the Maryland Offshore Wind Business Development Fund.

The companies will be required to use port facilities in the greater Baltimore region and Ocean City for construction and operations and maintenance activities. The developers must invest collectively at least $76 million in a steel fabrication plant in Maryland and together fund at least $39.6 million to support port upgrades at the Tradepoint Atlantic (formerly Sparrows Point) shipyard in Baltimore County.

“I believe this decision creates tremendous opportunities for Maryland,” said Commissioner Michael T. Richard. “It enables us to meet our clean, renewable energy goals using energy generated within the state while conditioning our approval on holding project developers to their promises of creating jobs and spurring economic growth. We have also acted to keep costs as low as possible in order to maximize the investment and benefit for Maryland's electric customers.”

An important condition of the approval will require each developer to create opportunities for minority-owned companies to participate as investors as well as in the development and construction of the projects.

“All Maryland citizens can benefit from the economic opportunities these projects will create,” said Commissioner Harold D. Williams. “Moreover, I am pleased that this condition in our order, along with commitments made by the developers, will continue efforts to realize the state's diversity and equal employment goals.”

The projects are expected to produce numerous environmental and health benefits, including the reduction of at least 19,000 tons of carbon dioxide emissions per year for 20 years — helping to ensure that Maryland reaches its goal of reducing carbon emissions by 40 percent by 2030.

The projects also will mean that the sale of renewable energy credits (RECs) will have direct economic benefits in Maryland by offsetting some of the need for electricity suppliers to purchase RECs produced in other states. Maryland's Renewable Energy Portfolio Standard (RPS) has a mandate of 25 percent of electricity purchased from renewable energy resources by 2020. The 2013 law created a carve-out for offshore wind energy in the RPS of up to 2.5 percent of total retail electricity sales.

During this proceeding, deep concerns were expressed about the ability to see the turbines from shore and the impact those views would have on tourism and aesthetics.

“We certainly recognize that there is strong public demand to make sure that sightlines to the turbines — particularly from Ocean City — are minimized to the fullest extent possible,” said Commissioner Anthony O'Donnell. “As a condition of our order, US Wind is required to locate its project as far to the east (away from the shoreline) of the designated wind energy area as practical. Each developer also must take advantage of the best commercially-available technology to lessen views of the wind turbines by beach-goers and residents, both during the day and at night.”

Each company must notify the Commission whether it accepts the conditions of approval contained in the order. In addition, awarding of ORECs is contingent on approval by the federal government of the developers' site assessment plans, construction and operations plans, and other processes as required.