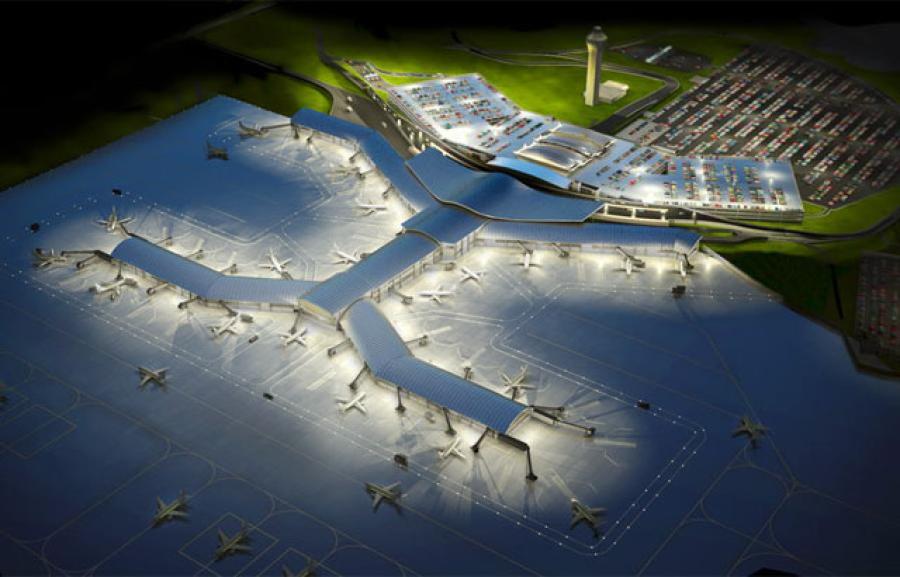 Construction contractors may not care about an airport project's final design. Generally speaking, the bigger the contract, the better. But with billions of dollars in the balance for airport infrastructure in this country, contractors should be aware that people who use these public aviation facilities do not want to build more of them.

This is pertinent because unhappy airport customers also are taxpayers. They are not in a mood to approve bond issues and higher ticket prices for more places where they have to drag suitcases interminable distances, wait in lines to publicly undress, and eat premium-priced fast food. They'll just keep the old airport, thanks anyway.

Prime example: Kansas City International. The 45-year-old airfield and terminal complex serves fliers in the KC metro area and western Missouri as well as parts of Iowa, Nebraska, and Kansas. Kansas City municipal and airport officials have been talking about replacing the facility for years. The problem is that regular—and for that matter, occasional—users of the old airport terminals don't want to replace it.

KCI is a series of three pods around which 29 airline gates are arrayed. This decentralization means that passengers can conveniently park their cars and walk across the street for ticketing and boarding. The distance from a curb drop-off point for Terminal C to a boarding area gate is said to be 119 steps, whereas the same walk in a new facility would be twice as long. Such convenience is a hallmark of the old airport and spending $1 billion to erect a more conventional, and less convenient, one is not a wildly popular idea.

A KC engineering firm has now proposed to self-finance the project with other investors, thereby avoiding the bond issue barrier. Yet city officials have promised city residents a vote on any airport plan, regardless of funding, so the inconvenience complaint still could shoot down the plan.

What contractors—especially design-build firms—can take away from all this is that they should exert their influence in future public discussions about new airports. They should lobby for user-friendly facilities instead of Taj Mahals. That may or may not mean smaller projects for them to bid on, but it could help break a project logjam. An estimated $75 billion in new cargo and passenger facilities is in the wings over the next few years.

Some things can't be changed. Ramped up security precautions in a terrorist world. Growing populations of airline passengers. Narrow seats in the planes themselves. But shiny, new airports don't have to be built that treat passengers like cattle, and airport construction architects and builders should say so.