City officials say they want the swastika, which was buried 1.3 ft. below the ground, gone as quickly as possible. 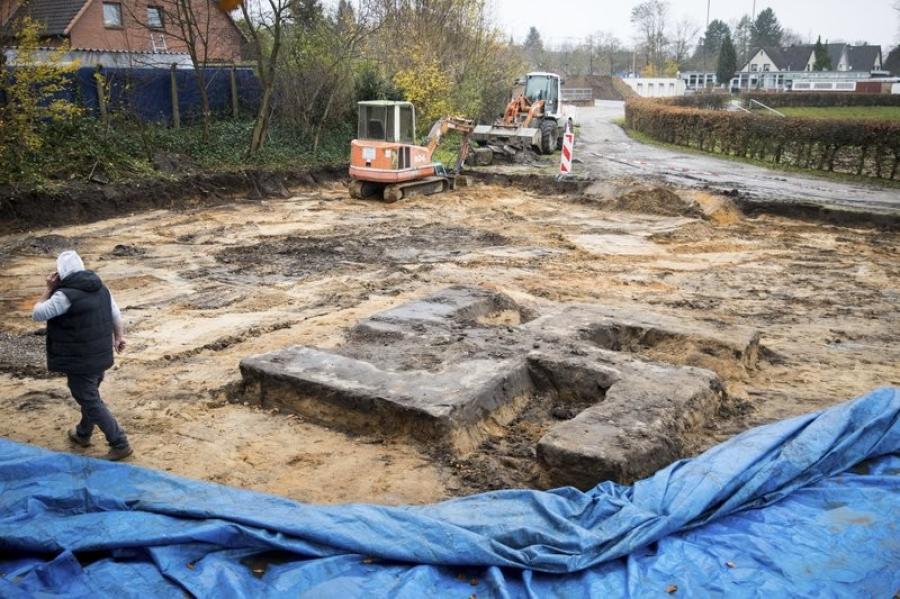 A giant Swastika-shaped foundation sits on a construction site in Hamburg, Germany after it was discovered during construction work on a sports field. The foundation was the base of a statue during Nazi times and remained undiscovered for more than 70 years. (Photo Credit: Christian Charisius/dpa via AP)

BERLIN (AP) — Construction workers in Germany have unearthed a giant concrete swastika on a sports field in the northern city of Hamburg.

The German news agency dpa reported Tuesday workers were digging in the ground with an excavator to build changing rooms when they suddenly hit the 13-by-13 ft. Nazi symbol.

Members of the sports club at the Hein-Kling stadium in the city's Billstedt district told dpa the swastika served as a foundation for a monument that was torn down decades ago.

City officials say they want the swastika, which was buried 1.3 ft. below the ground, gone as quickly as possible. Because it's too heavy to be transported away, they are planning to destroy it with jackhammers.

Wonder what your team should do if you find something unusual on site? This CEG blog post has some answers.