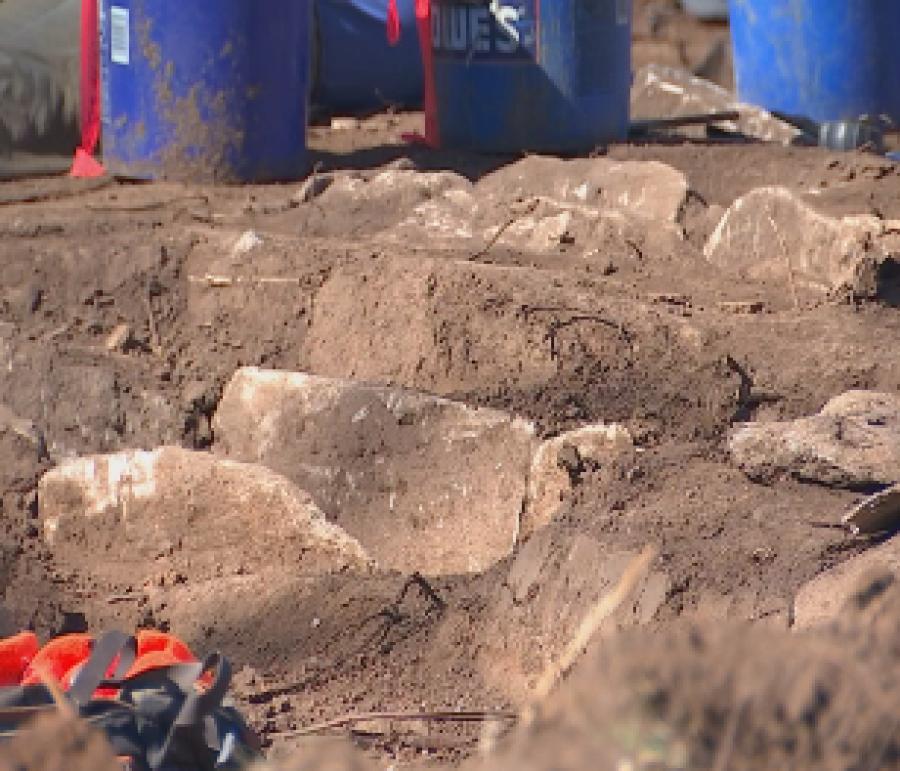 At least 40 stone box graves dating back hundreds of years have been found. (WSMV)

An ancient burial site dating back 1,000 years along was discovered along Highway 100 in Nashville, Tennessee.

According to the Native American Indian Association, at least 40 stone box graves from between the 12th to 16th centuries were found.

"The standard of the moving of your graves by your ancestors is something to be very upset about. It's something that would disturb white people, black people, Hispanic people, anyone," Native American activist Albert Bender said.

Bender states that there are likely more burial sites located in Tennessee that have not been unearthed.

According to Tennessee law, developers have the right to move the graves because they couldn't find any blood relatives.

For the full story, visit the WSMV website at http://bit.ly/2m0Q9gO.