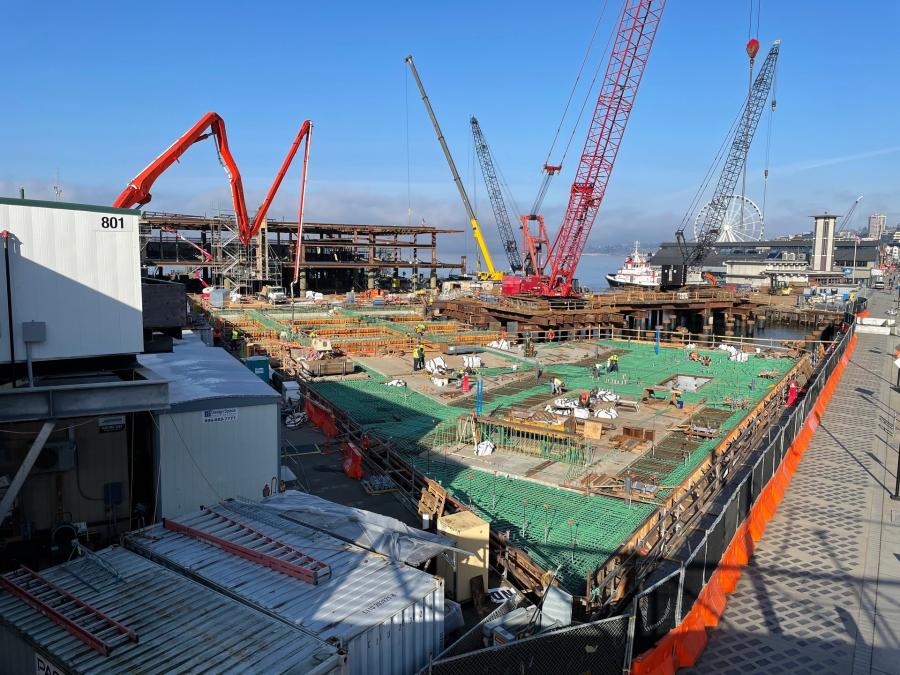 Construction crews working for the Washington Department of Transportation recently reached a milestone at Colman Dock. 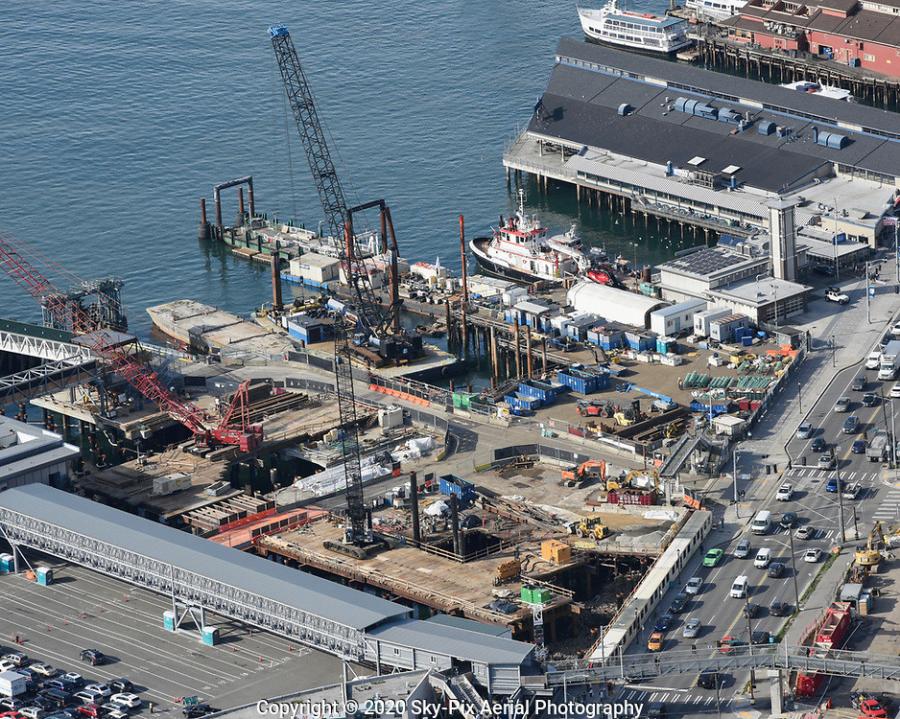 Setting the final panel allows crews to place concrete and complete the trestle portion of the project. This is a culmination of four years of construction, in which crews removed approximately 4,700 tons of creosote-treated wood, installed approximately 500 new steel support piles, placed more than 750 pre-cast concrete panels for the trestle and placed more than 11,000 cu. yds. of concrete for over-water vehicle holding and loading. At completion, there will be 620 spaces for vehicle holding. Eighteen months of this work was completed during the COVID-19 pandemic, which shut down construction for approximately six weeks in spring 2020.

"We are very excited to reach this milestone at our flagship terminal and are now one step closer to opening our second newest terminal in 40 years to millions of Washingtonians and visitors," said Director of Terminal Engineering David Sowers.

"The rebuild of this vital, multimodal hub will address seismic vulnerability and keep people safely moving between key Puget Sound locations," added Sowers. "We thank customers for their patience during construction while we also maintain service on two of our busiest routes."

Crews began construction work in 2017 to replace the seismically vulnerable terminal at Colman Dock. Since that time, the project has reached multiple milestones:

This exit has been closed since October 2020, requiring all vehicles to use a single exit at Yesler Street. Re-opening the Marion Street exit this fall will greatly improve operations at Colman Dock, while construction continues toward project completion in 2023.

WSF, a division of the Washington State Department of Transportation, is the largest ferry system in the United States and carries approximately 24 million people a year.