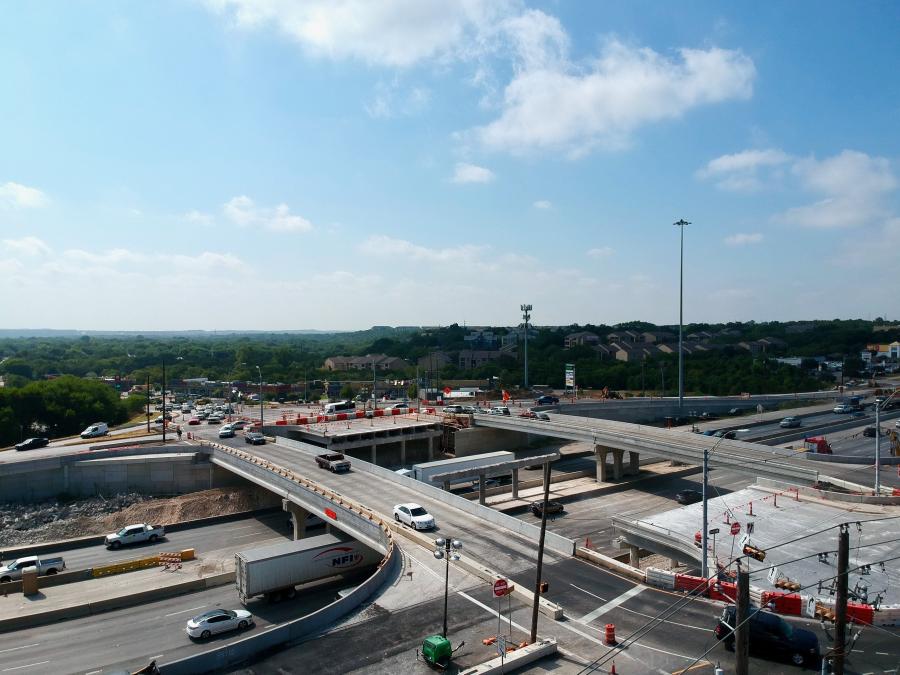 TxDOT’s $78.8 million I-35 from Stassney Lane to William Cannon Drive project will improve safety and mobility in south Austin.

Crews from OHL USA Inc. started work on the Texas Department of Transportation's (TxDOT) $78.8 million I-35 from Stassney Lane to William Cannon Drive project to improve safety and mobility in south Austin in July 2016, and they are expected to deliver the new and updated structure this summer.

Reconstruction of the bridge structures at William Cannon Drive and Stassney Lane were done in several phases in a logical progression.

"The demolition and reconstruction of the bridges at Stassney Lane and William Cannon Drive under live traffic was challenging," said said Oscar Salazar-Bueno, Construction Enterprises, Inc.'s (CEI) project manager for the I-35 Stassney Lane to William Cannon project. "Our project team implemented a detailed action plan to accomplish that work, including performing several traffic switches and completing the work in phases in order to minimize the impact to the traveling public." 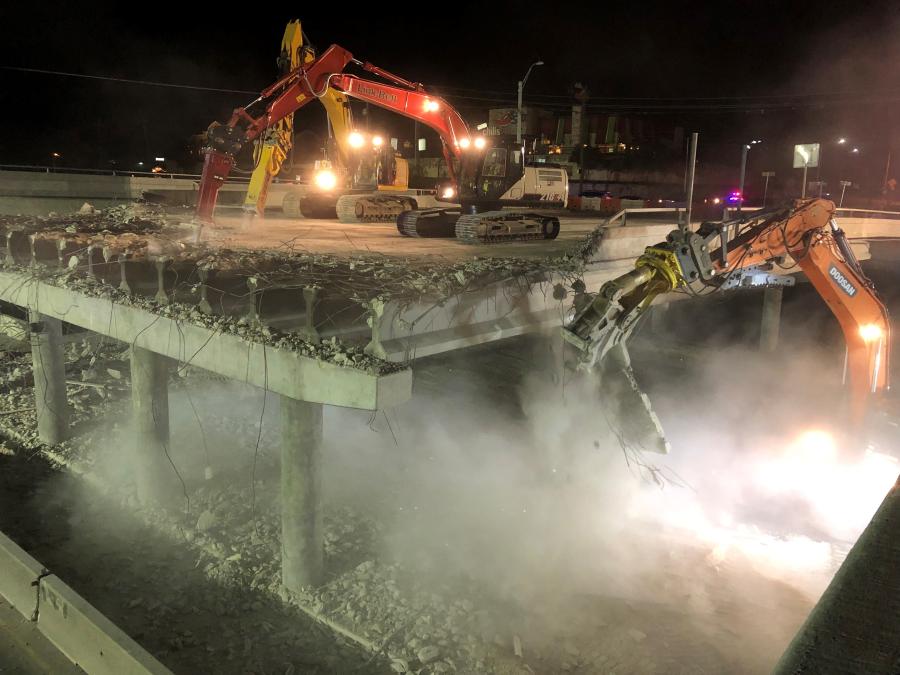 For the William Cannon Drive bridge, a total of 32 massive beams, each spanning nearly 95 ft. and weighing over 90,000 lbs. — the equivalent to the height of about five giraffes and the weight of seven adult elephants — were set over four evenings as crews worked overnight, diverting alternating north and southbound I-35 mainlane traffic to frontage roads.

"On average, each bridge beam was set in 11.3 minutes, which is an impressive feat, to say the least," Salazar-Bueno said.

Currently, crews are reconstructing a new widened bridge at Stassney Lane (from two lanes in each direction to three), with two through lanes and one dedicated left-turn lane in each direction, working on ramp modifications, and finishing up pedestrian enhancements. Once this work is complete, crews will perform final paving operations for the entire 3.2 miles.

The final roadway configuration includes three mainlanes in each direction with extended entrance/exit lanes for the entire length of the project. 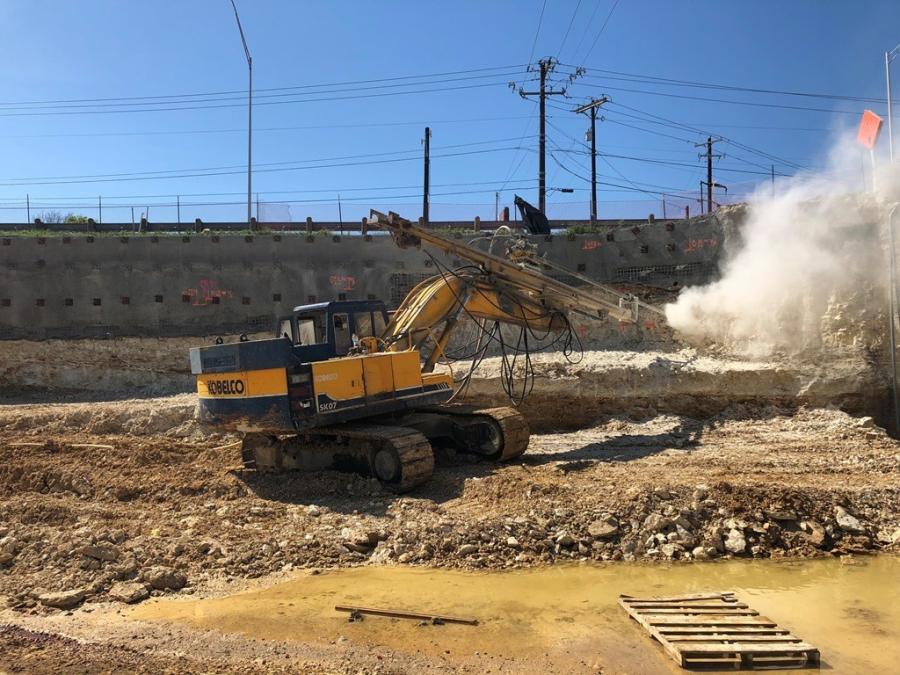 Crews have put in many nights shifts as some work, including demolition could only be done at night when lane closure were possible.

The project, as noted, covered many aspects and overcame some challenges along the way.

"The project included upgrading some existing City of Austin water and wastewater lines, as well as the relocation of existing structures like manholes, drainage inlets, and water valves," said Salazar-Bueno. "The contractor, city inspector, TxDOT, and the CEI team worked jointly to accommodate the relocations within the limited right-of-way to keep the project going."

The road work, as noted covered many aspects and was done in several phases in a logical progression. The paving operations for the mainline lanes are expected to start in a few months. 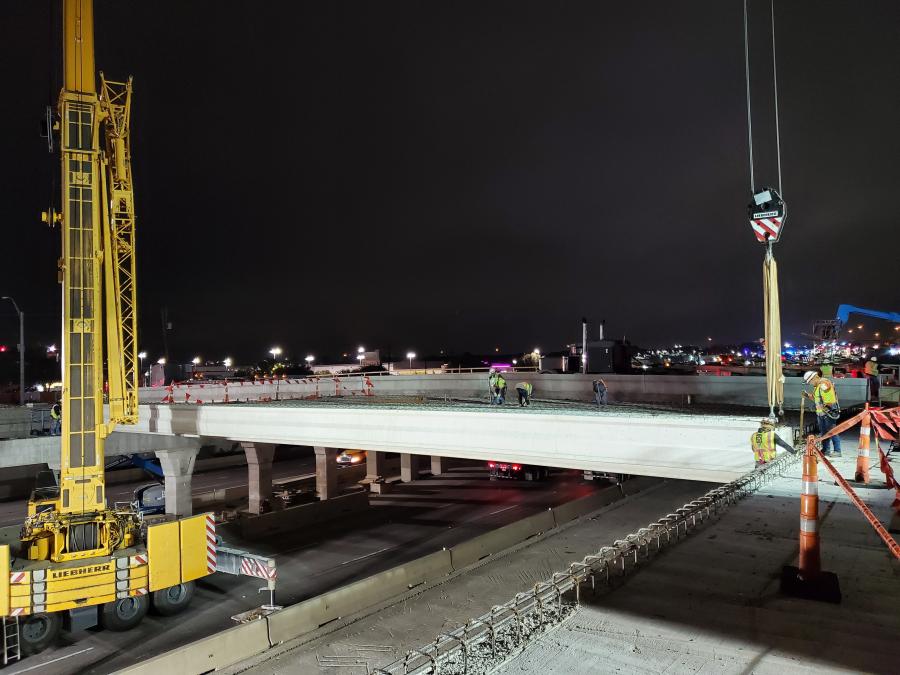 Drainage, grading, electrical, and illumination work, such as installing intelligent traffic signals along the frontage roads, continues throughout the project limits. Construction is expected to be complete later this summer.

The amounts of materials that have been excavated and demolished – concrete, asphalt, rebar and steel, and earth and rock are still being finalized. Some of this material has been recycled on-site, while some has been taken to recycling centers for processing. Materials for the new road construction are being updated as work proceeds.

Equipment-wise, OHL is using cranes from Liebheer and other manufacturers, excavators: Doosan, Liebherr, CAT, and others; and various dozers, loaders, pavers, rollers, generators, and other heavy standard construction equipment.

The project was designed in-house by TxDOT.

Project development was funded by TxDOT and the construction ($79 million) is being funded by Proposition 1, which dedicates a portion of oil and gas tax revenue to the state highway fund, and by the Capital Area Metropolitan Planning Organization, and TxDOT. 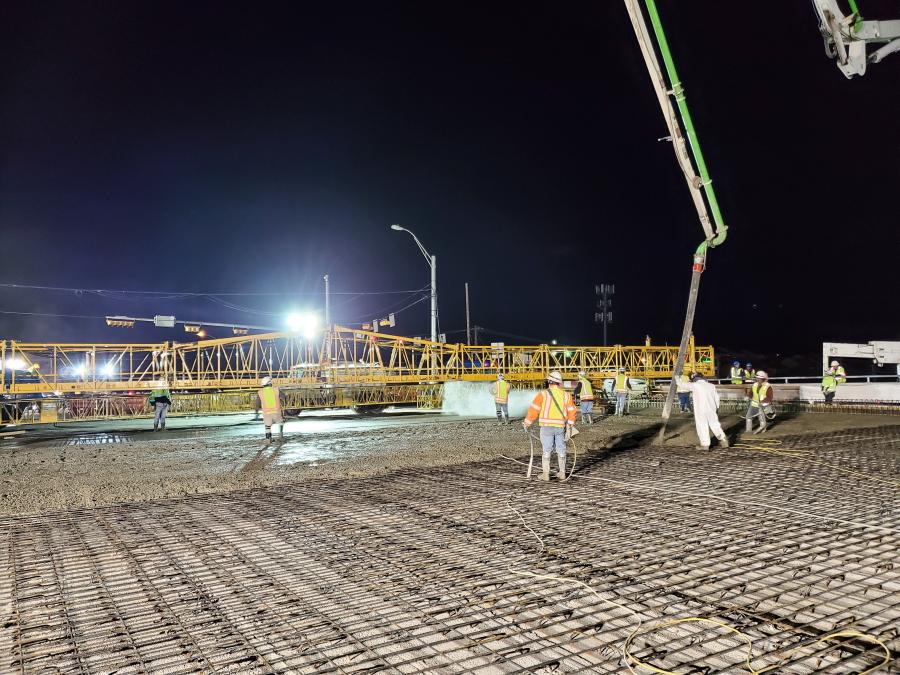 "Lane weaving on the north and southbound I-35 mainlanes from Stassney Lane to William Cannon Drive can lead to reduced mobility for motorists," said Brad Wheelis, public information officer for TxDOT's Austin District. "The slowing and stopping of traffic on the mainlanes can also lead to traffic delays at area intersections. With more than 200,000 vehicles a day traveling on this segment of I-35 each day, this project will improve mobility, safety, and connectivity for all modes of transportation along and across I-35."

Lauded as a "soaring symphony of engineering," I-35 has been a backbone of Texas travel since it opened in1962. Planning for the Strassney Lane initiative began several years ago, with a public open house held in December 2013. Plans, Specifications and Estimates, schematics, and environmental documentation were prepared in 2014-15, and the project went out to bid (letting) in November 2015.

"I-35 through Central Texas is one of the most congested highways in Texas," said Wheelis. "Improvements to this 50-year-old interstate are required to address the increased congestion and travel-time delay due to population and employment growth."

The project team has informed impacted motorists about all construction-related lane closures and detours with directional signage, smart work zone display boards, and flaggers, as well as by www.my35construction.org, a construction hotline, and email.

"Safety during construction is our top priority," said Wheelis, who noted that the project team worked with businesses to provide access and minimize impacts whenever possible. CEG