Construction Has Begun on a 17.8 MW Solar Plant in El Salvador 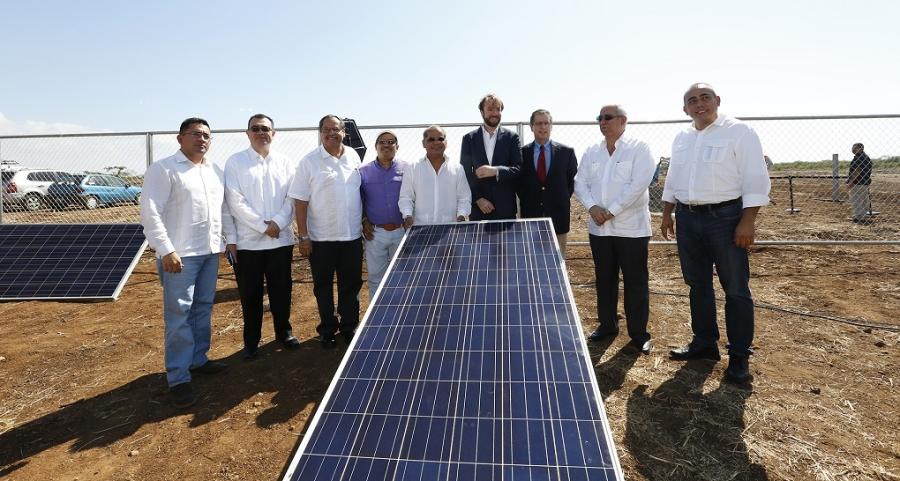 A ceremony took place last week to celebrate the beginning of the construction of a 17.8 MW PV plant in El Salvador. The Trinidad and Márquez project, being developed by U.S. and Spanish company Real Infrastructure, will be completed within eight months.

The project, within which US$ 50 million will be invested, is divided in two blocks of 8 and 6 MW of capacity, respectively. The vice president of El Salvador Oscar Ortiz and other Salvadorian authorities assisted with the placing of the first module at the ceremony.

The majority of the Providencia project, as with the Trinidad and Márquez project, was awarded during the first national renewable energy plant tender, which was completed in 2014. During the auction, 94 MW of solar PV was awarded, which is expected to become operational this year.

Furthermore, Real Infrastructure was also one of the winners during the second renewable energy plant tender in El Salvador, which was completed at the beginning of January. Within the second tender, four solar projects, with a combined capacity of 120 MW, and one 50 MW wind project were awarded. According to the National Energy Commission, Real Infrastructure was awarded 10 MW in the last tender.

The article was translated by Sam Pothecary. For more information visit, http://url.ie/11o1u/.