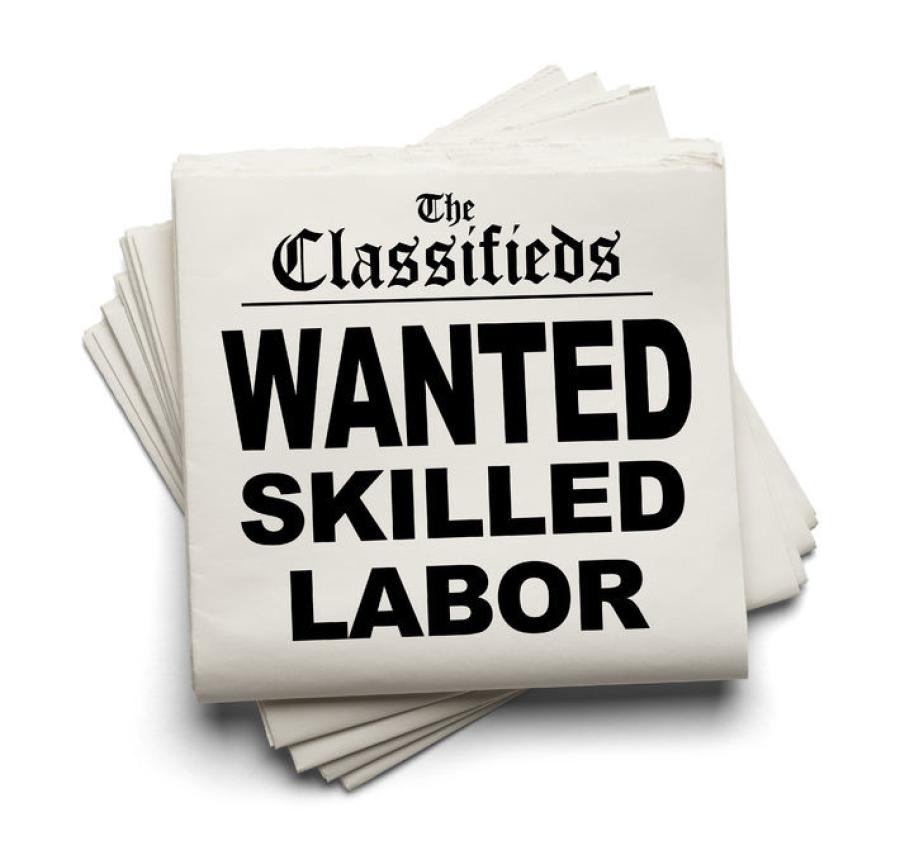 PROVO, Utah (AP) When looking at the changing skyline of Lehi and Pleasant Grove's technology corridors, or the cranes swinging across downtown Provo, one would think the construction industry is going gangbusters.

It is, but not without its challenges.

According to research by Ken Simonson, the chief economist for the Associated General Contractors of America, the construction industry is generally very robust. Utah sits in the middle of the pack, adding about 4,000 jobs in the past year.

“Construction firms in many parts of the country continue to expand to keep up with demand for their services,” Simonson said in an Oct. 31 industry report. “Yet construction growth would likely have been even more robust if contractors could find more qualified construction workers to hire.”

Multiple Utah general contractors agree with Simonson, saying Utah has its own labor shortage. Many point to the Great Recession as one of the causes for this deficiency. Thousands of Utah plumbers, electricians, carpenters and general contractors left the industry in the wake of the construction crash that occurred in 2009 and 2010. Many of them have not returned to the business, even though construction across all sectors in Utah has soundly rebounded.

“Prior to the downturn, at our peak there were about 100,000 construction workers in Utah. During the downturn only 60,000 workers stayed in the industry, and the downturn lasted for quite some time,” said Rob Moore, CEO of Big-D Construction.

Moore said many baby boomers left during the recession, either retiring early or opting for alternative careers.

“And many very good companies went out of business then,” Moore said.

“The construction workforce is the largest market sector here in need of workers,” Moore said.

Dustin Brinkerhoff of Brinkerhoff Custom Construction sees effects of the labor shortage in “every job, every day.” He feels there also is a generation gap in the industry now. There are many mid-career skilled workers, but very few millennials are joining the workforce.

“There's a shortage of young, skilled labor,” Brinkerhoff said, explaining that many millennials don't seem to want to put in the physical labor and hard work the industry demands. Finding young workers who aren't fixated on their phones, have a vehicle and know how to work and are motivated to work is very difficult today. We need kids, just like I was,” he said.

Brinkerhoff Construction has been a business for 40 years, and Dustin Brinkerhoff took it over from his father.

“We need them to come up in the business, and by the time you're a business owner, you know how to do all types of jobs. Maybe young kids don't see the glamor in construction, but it's great. It's one of the American Dream businesses.”

Simonson's research supports this. A Nov. 3 Associated General Contractors of America report shows the average hourly earnings in the industry sit at $29.06 in 2017. Simonson explained that “construction pays nearly 10 percent more per hour than the average non-farm private-sector job in the United States, which pays an average of $26.53 per hour.”

“It's a good field,” Brinkerhoff added. “If a young kid is motivated, and they're willing to step up, they could be making good money in just a few months.”

“We're going through some really tough times right now trying to get labor, and it's very tough on smaller contractors,” Moore added, explaining that Big-D has been mostly insulated from this problem because they are one of the largest general contractors in the nation. With 1,320 Utah employees, Big-D is one of the few companies in the state that pays 100 percent of its employees' health care costs, also while funding their health savings accounts.

“We're working on helping people know the construction industry can support a family,” he added. “It's a great time to be in construction.”