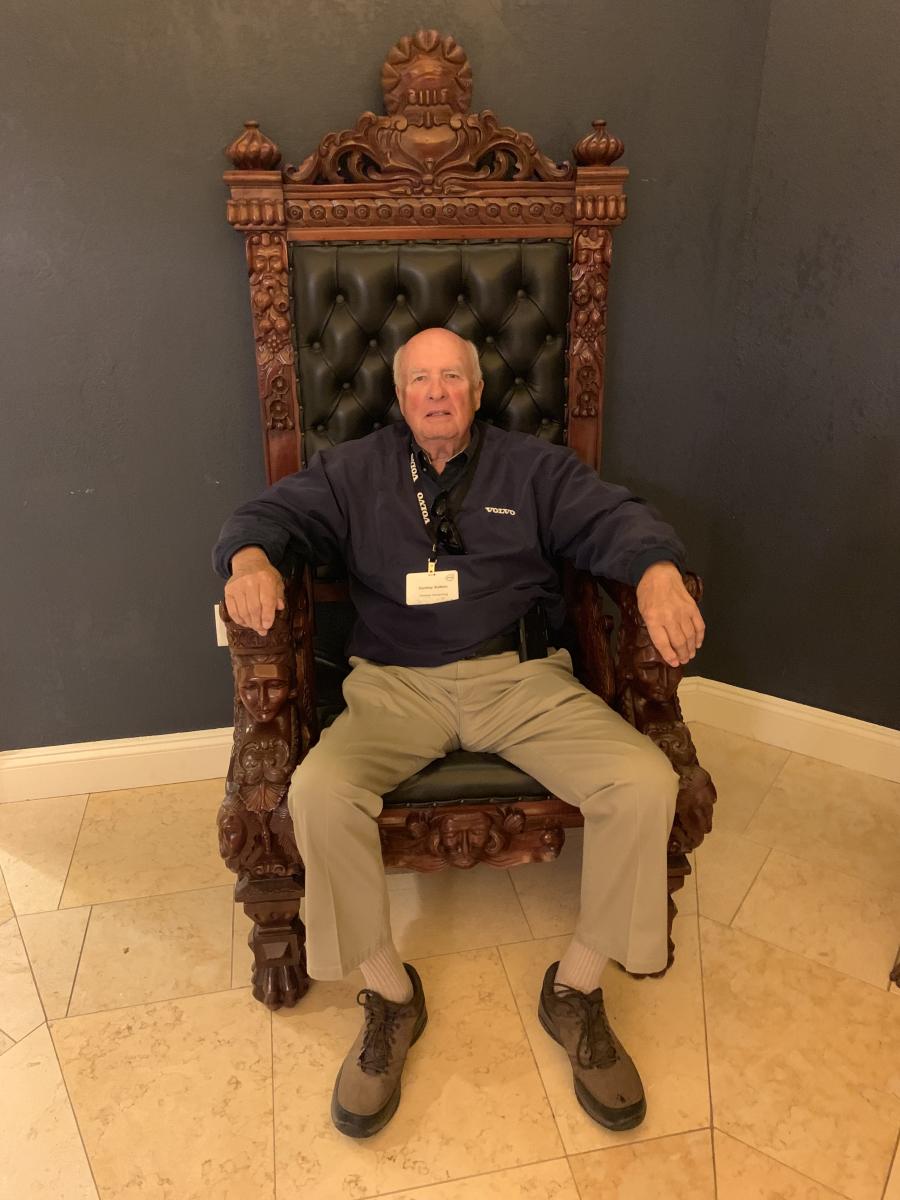 Mr. Sutton worked almost his entire career in the construction equipment industry. He started in the 1970s with The Dow Company, an International Harvester and Lorain Crane distributor in western New York State. From there, he and his wife, Leola, moved for a short time to Davenport, Iowa, to run the Case Power factory store. After a brief time they moved to Long Island, N.Y., where the Case distributor, T.J. Burke, had gone out of business and Case was opening up a factory store to replace the distributorship; Mr. Sutton was moved there to manage that dealership. From there the Suttons moved back to the Syracuse, N.Y., area to work for Monroe Tractor. In 1992 he left Monroe Tractor to join L.B. Smith, which eventually became Vantage Equipment and just recently purchased by Alta Equipment, the Volvo dealership that he ended his career with.

Mr. Sutton was still working with customers of Alta Equipment three days before his passing. He was dedicated to serving the needs of his customers and was known for being detail oriented. According to his wife, Mr. Sutton never had any desire to stop working; his customers were his friends. For the last few years he had theoretically moved to a part-time position, however, he was still going in to the office each and every day.

"I recently found myself in the unfortunate position of traveling around and notifying Dudley's customers of his passing," said Todd Kaley, Mr. Sutton's supervisor at Alta Equipment. "What really struck me was that each and every one of these customers considered themselves Dudley's friend. In fact, Dudley's circle of friends were his customers and he took special care of his customers because they were his friends.

"We always knew that Dudley was a great stickler for details; we always assumed that was because he was a detail-oriented person. I am now convinced that the real reason is that because they were his friends Dudley wanted to make sure that every single detail of the transaction went exactly as it should. He wanted to be able to look his friends in the eye and know that things happened as expected. Dudley was also know for always helping his customers out in areas outside of the work environment. There was an example of a customer's child that Dudley helped get into the university that the child had their sight set on. Those were the types of things that Dudley found great satisfaction in doing."

Mr. Sutton looked forward to family trips and had a passion for golf, which was fulfilled at Beaver Meadows Golf Club, where he was a member for 25 years. He especially enjoyed reading and watching Antiques Road Show, and went to many auctions with his wife to collect unique antique items.

Mr. Sutton's greatest joy was to come home and pet his fur babies "Lily" and "Sparkles". In lieu of flowers, donations may be sent to an animal sanctuary or rescue group, or consider adopting your own animal to love. His final resting place will be Butler Center Cemetery in Wayne County.

A private Memorial Service will be held at a later date.