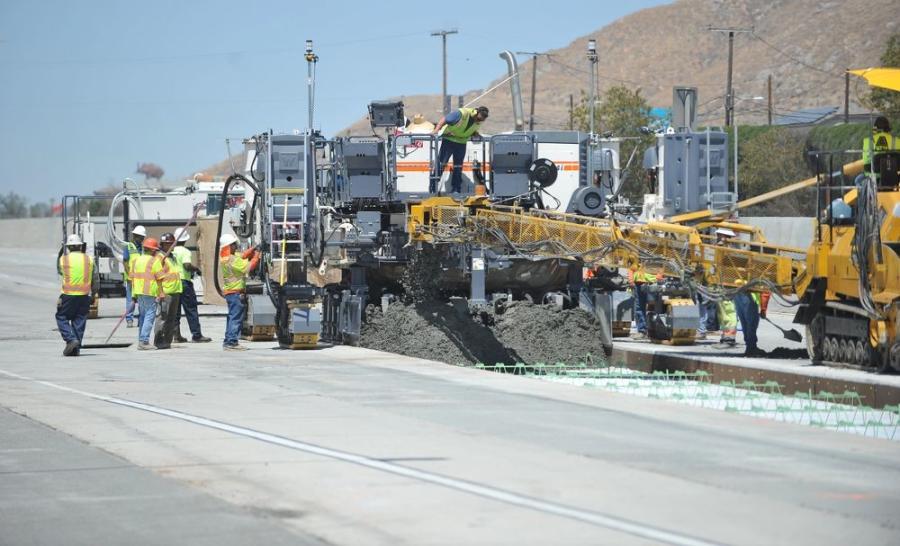 The Public Policy Institute of California estimates that over the next 25 years, the population in Southern California will grow by 25 percent, while freight will rise approximately 75 percent. The massive increase in freight traffic is related to more deliveries at the ports in San Pedro and Long Beach. The area also services the rapidly growing Ontario International Airport.

For local residents, those statistics sound frightening. These numbers point out the importance of jobs like the recently completed 60 Swarm project. This project stretched across 17.5 mi., beginning in the city of Ontario and ending in Riverside.

Traffic is so intense that it fills the 60, which was the focus of the project, as well as I-10 and I-210, which run roughly parallel to this vital east-west corridor. In addition, I-215, I-15, 71 and 57 are major north-south freeways that intersect or are nearby the 60.

For a construction enthusiast, the 60 Swarm project had a little bit of everything

"The 60 was made of concrete and had no lane replacement for 12 years," said Elaheh Hadipour, Caltrans project manager. "The road was five to six lanes of traffic in most sections and had been battered by truck traffic over the years. It was very rough. The new construction should support the traffic for the next 40 years."

During COVID, commuting patterns slowed drastically, which enabled workers to complete the project approximately six months ahead of schedule.

"The 15 weekend shutdowns enabled my crew to do the work efficiently without worrying about traffic whizzing by a few feet away," said Joe McLouglin, owner of J. McLoughlin Engineering Co. in nearby Rancho Cucamonga. "COVID also meant that Caltrans could give us longer work windows. At first, we were allowed to work from 10 p.m. to 5 a.m. during the shutdowns. As it became apparent that traffic had decreased significantly, we were allowed to start our work earlier and earlier. Some of our workdays could begin at 7 p.m., instead of 10 p.m., which gave us more time to do the job and greater safety." 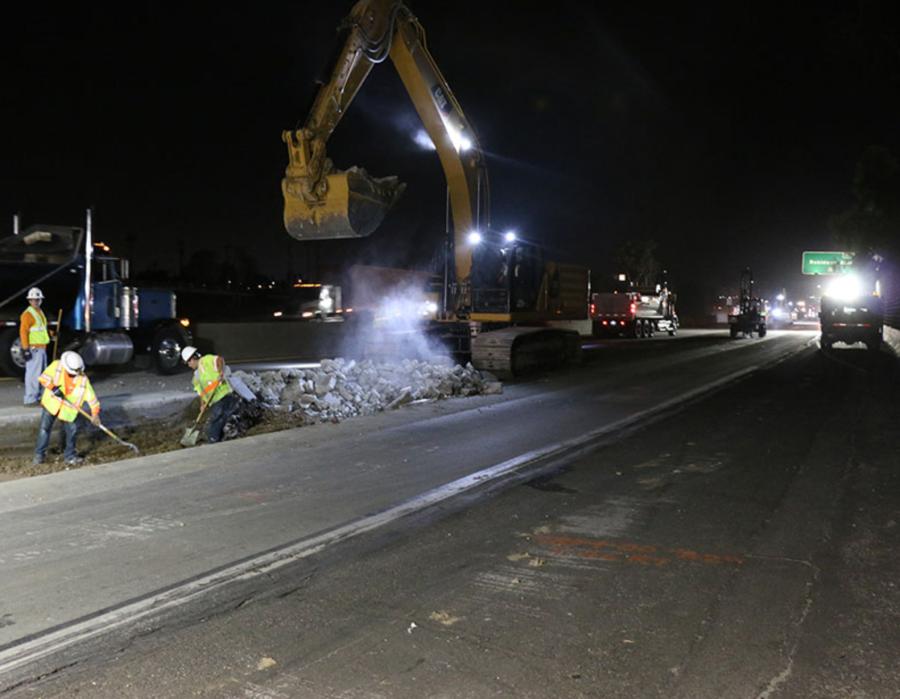 McLoughlin and his team had an additional advantage of the job being located just 10 mi. from their office headquarters. This allowed the business to use its company yard as a staging area and provided workers with easy access to company equipment.

"The California Highway Patrol was a big help on the safety side of the work," said Kimberly Cherry of Caltrans. "When there was any need for a response to an accident, they helped the first responders navigate safely through the work zone."

A key element in finishing the project was the replacement of three bridges by Sema Construction of Temecula. The cost of this segment of the 60 Swarm was $23 million. The new overpasses have now been brought up to the current standard: 17 ft. in most cases. This enables truckers to safely carry the oversized loads that are common on today's freeways. The three bridges replaced were at Pipeline, Monte Vista and Benson avenues in San Bernardino County.

"The 60 Swarm is a project to be proud of," said Cherry. "The traffic flow will be better, smoother and safer with improved lighting. The project will address the growing population in this area. I believe those who regularly commute through this area will greatly appreciate the completed job."

The swarm of freeways in the Los Angeles area gave birth to the Southern California humor of how a person might describe his arrival at an event. Instead of saying that it took him an hour, he might say something like, "Dude, I took the 60, then cut north on the 71 and back east on the 10 to miss a wreck and ended up on the 210."

This humor demonstrates the plight of Los Angeles area travelers. However, this web of multi-lane freeways made possible the resurfacing activities on the 60 to be completed on an accelerated schedule in just two and a half years. During construction, major lanes of the 60 were shut down for work while the traffic rerouted onto nearby freeways. Night paving was a necessity to coordinate ramp closures and lane reconfigurations so daytime traffic could flow as normally as possible.

Cherry summed up the impact of the project.